Quote
stargroover
The world does go on,but if the quality is no longer there why continue with a sub standard product?Oh I forgot ££££

Go tell that to Gene Simmons.

Quote
Topi
Chevysales, 5mil only gets you so much

LOL I see that

Performing for an audience for the first time since drummer Charlie Watts died, the Rolling Stones played at a private party hosted by Patriots owner Robert Kraft at Gillette Stadium Monday.

The veteran rockers, who kick off a US tour Sunday in St. Louis, played some of their best-known songs for an invite-only crowd of about 300 people. The band’s 15-song set opened with “Let’s Spend the Night Together” and also included “Tumbling Dice,” “Under My Thumb,” “Gimme Shelter,” “Start Me Up,” “Miss You,” “Jumpin’ Jack Flash,” and two encores, “Street Fighting Man,” and “(I Can’t Get No) Satisfaction.”

Watts died Aug. 24 at a London hospital, and his bandmates got emotional Monday talking about their missing partner and friend. Singer Mick Jagger and guitarist Keith Richards said the evening’s performance, and the upcoming tour, are dedicated to Watts, who was recovering from an unspecified surgical procedure when he died unexpectedly. He was 80.

“We have been touring with Charlie for 59 years and we miss our great friend and bandmate,” said Jagger.

The party was held in a tent-like structure set up on the stadium field. The vaccination status of guests is unknown, but we’re told only a few attendees wore a mask.

The Rolling Stones have been in Boston since early August to rehearse for their tour, and, due to the pandemic and the need to quarantine, did not return to the UK after Watts died. The band kept a low profile while in town, drawing little notice even as they plugged in and played at Red Sky Studios, where, we’re told, they regularly rehearsed. (Steve Jordan, who played in Richards’s X-Pensive Winos band, is playing drums on this tour.)

This isn’t the first time Kraft has hosted a private party at Gillette Stadium and hired the World’s Greatest Rock ‘n Roll Band to perform. He did it in 2016 as well.

The Boston Globe on MSN
[www.msn.com]
Options: Reply To This Message•Quote This Message
Re: The Rolling Stones private show at Gillette Stadium Foxboro/Boston Sept 20, 2021
Posted by: sundevil ()
Date: September 21, 2021 17:16

Quote
DoomandGloom
I am surprised at how different they sound with SJ. I had assumed he'd play the songs in the style of the records. I don't know what this is, sounds like a nervous guy imitating a drum machine. No dynamics, just kick, snare, kick, snare, kick, snare, fill.. He'll get better but Jordan is not a great drummer, I worked on sessions with him for years, TV star, nice fun guy but there's better guys for this..

Quote
Stoneage
Watched the short snippets: Hard to tell from the quality of sound and picture; but I think Jordan is a bit toned down compared to his Winos' sound. The snare is a little bit looser.
Which is a good thing. I don't like the drummer to be too dominant. Darryl is Darryl. Jagger's voice is what it was two years ago. Guitars sounding good.

Still he is very dominant compared to 2019 sound.Just hear this [youtu.be] . You can hear guitars much better and overall sound is lighter.
Options: Reply To This Message•Quote This Message
Re: The Rolling Stones private show at Gillette Stadium Foxboro/Boston Sept 20, 2021
Posted by: kovach ()
Date: September 21, 2021 17:24

They did manage to get his name right further down the article.

Stanley Jordan is a unique guitar player, not sure that makes him qualified to play drums for the Stones.

Options: Reply To This Message•Quote This Message
Re: The Rolling Stones private show at Gillette Stadium Foxboro/Boston Sept 20, 2021
Posted by: noughties ()
Date: September 21, 2021 17:45
News for you:

Quote
Bjorn
Rambler, Miss you and YCAGWYW again. 21 minutes of music in three songs that we have heard over and over again. Why not seven new three minute songs? Mother´s little helper, Lady Jane, Out of time, Sitting on a fence, If you can´t rock me, Hangfire or Sparks will fly? Anything is better and more interesting. I just don´t get it. It could be so much fun! But hey - 19th NB and Trouble - thumb´s up!!!

Options: Reply To This Message•Quote This Message
Re: The Rolling Stones private show at Gillette Stadium Foxboro/Boston Sept 20, 2021
Posted by: MichaelLassen ()
Date: September 21, 2021 17:51
Bittersweet experience to watch this.

I decided in advance not to judge steve playing. LOVED him with The Winos. LOVED him with John Mayer trio. And not going into judging him yet, except having huge heart and balls to try out one of the most impossible jobs out there!

The hardest part was seing him sit in Charlies spot and having it sink in on another level that Charlie won't be back...

And yeah seing a lame crowd nd knowing some "deeply shitty people" got to see this and not fans... that's tough too. And yeah business is business!

I hope the boys enjoyed it up there and it helped their healing of their loss of Charlie. 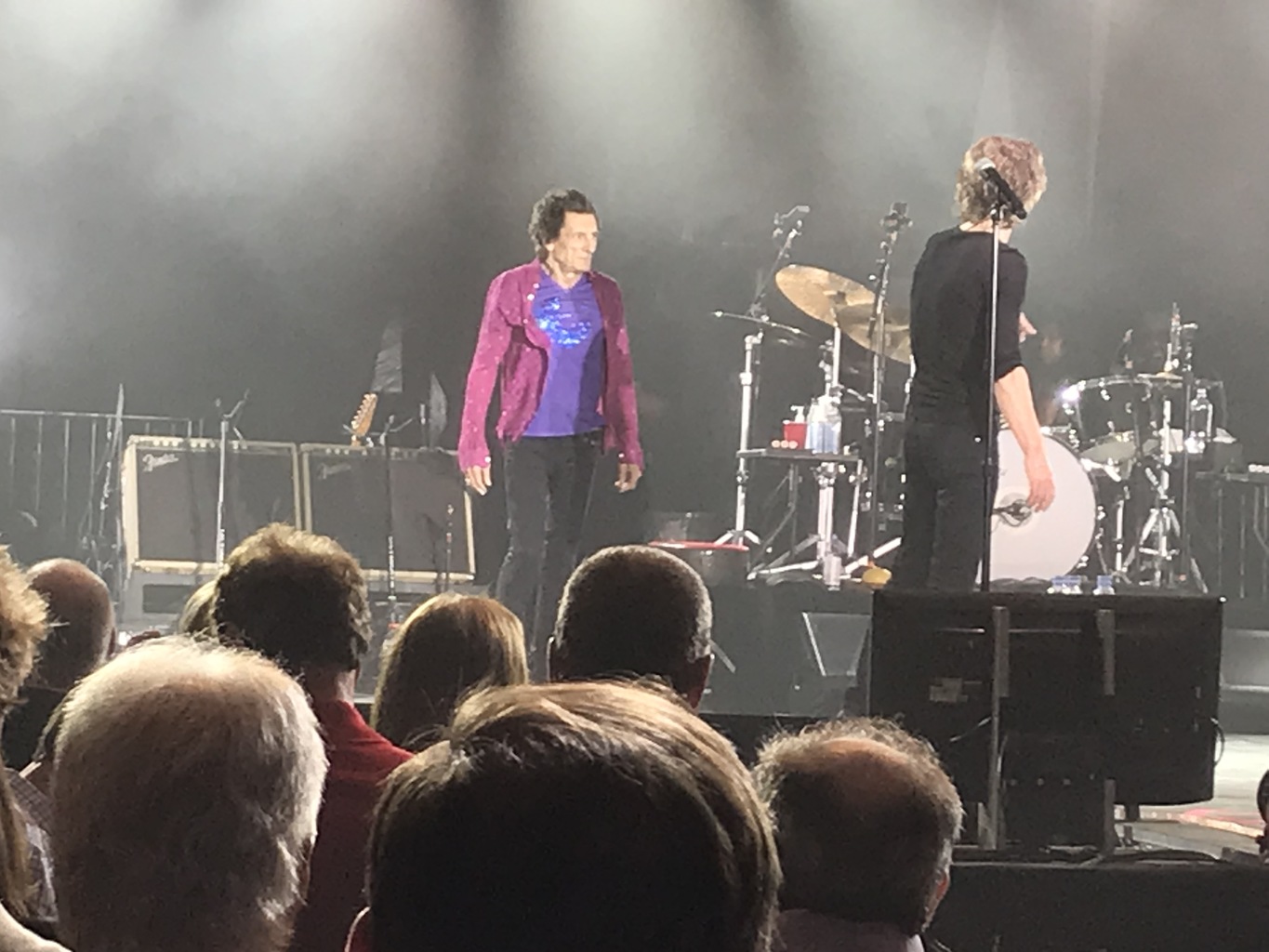 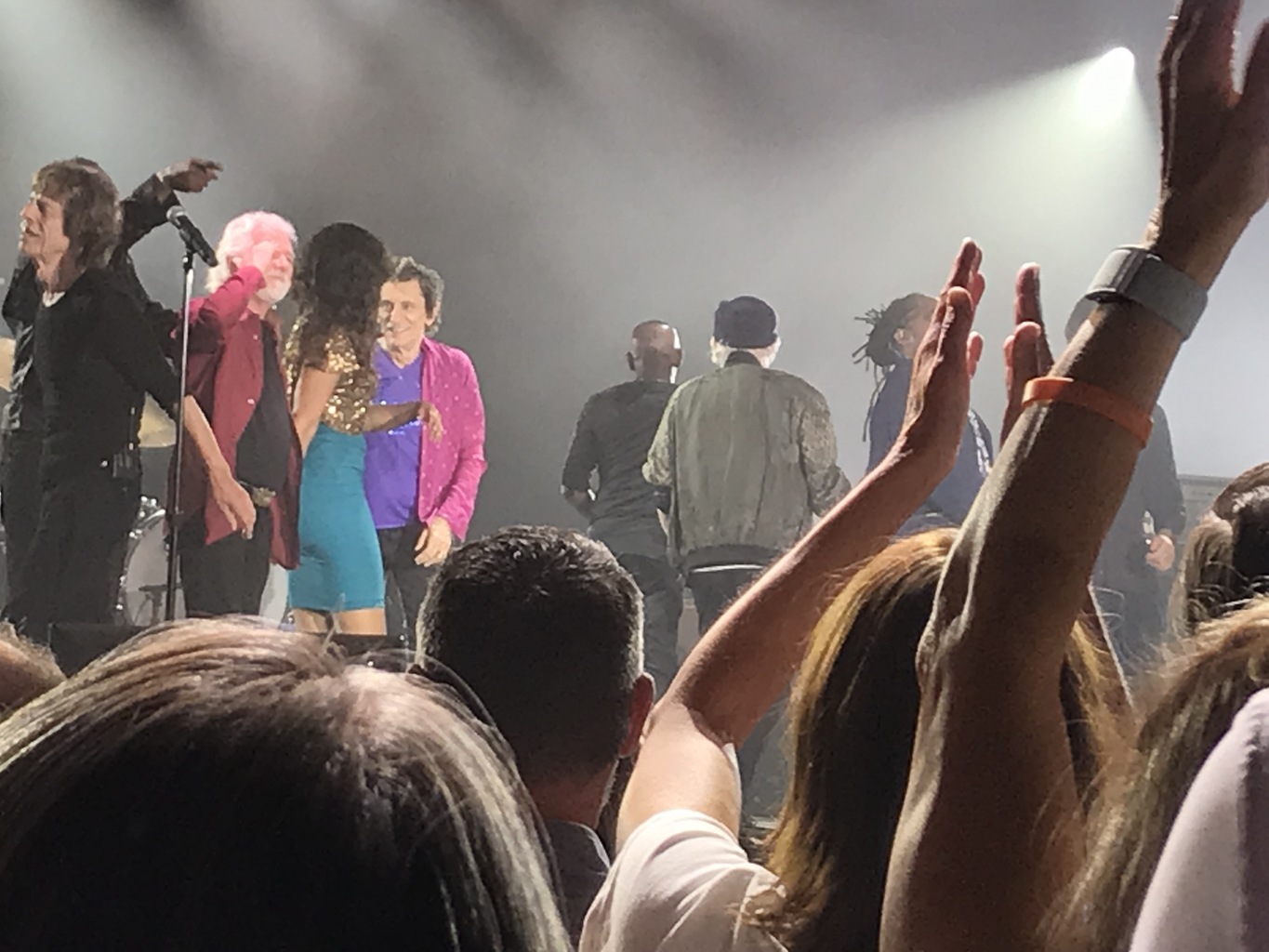 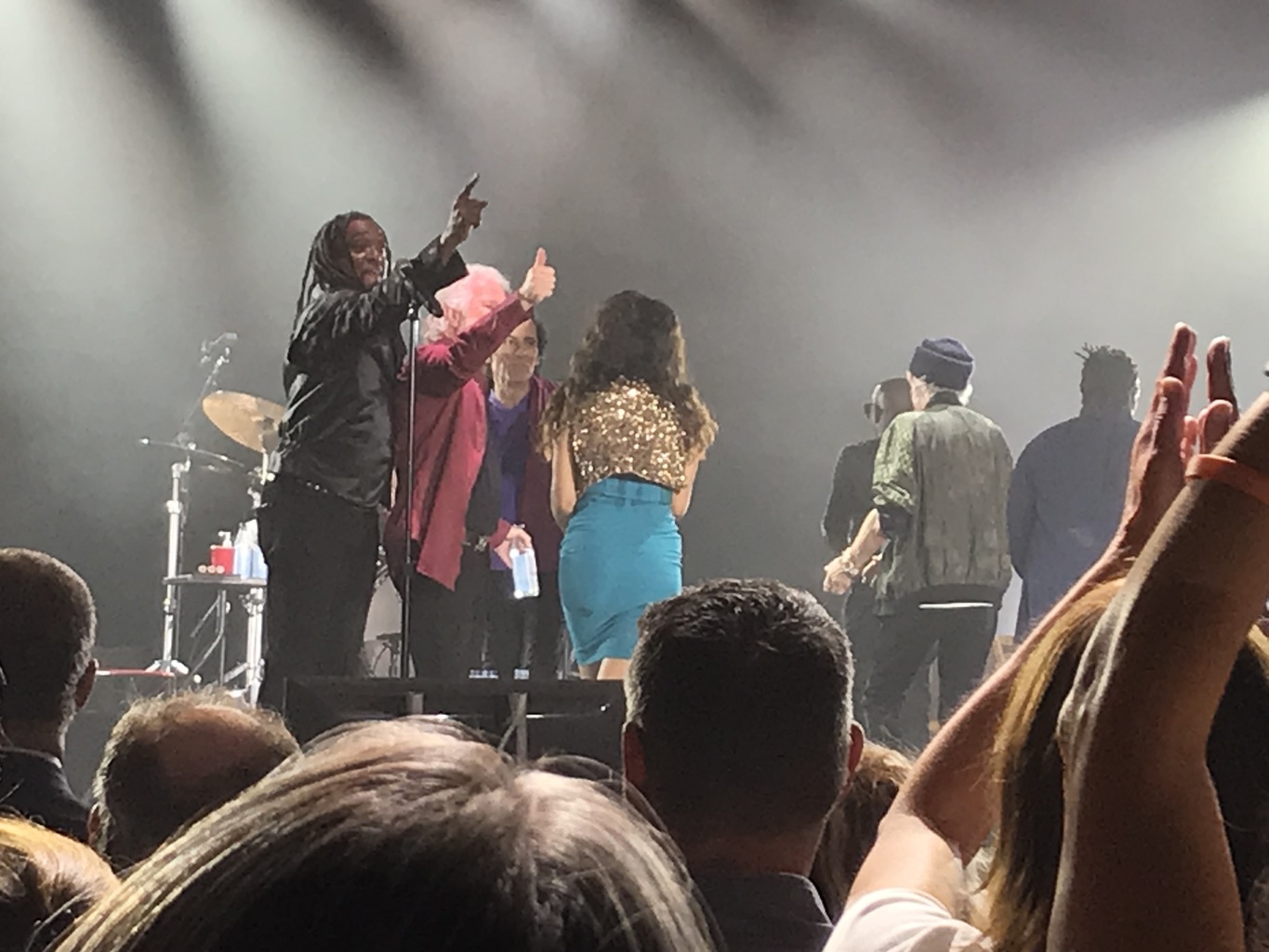 The Stones have to keep rolling, although this stage for me as a huge fan is over with Charlie's death. Because The Rolling Stones will no longer be what they were. But still, I hope the boys will play for us as long as possible, even if 'Dead Flowers' will never again sound as mellow and subtle as it did before, with Charlie.
Options: Reply To This Message•Quote This Message
Re: The Rolling Stones private show at Gillette Stadium Foxboro/Boston Sept 20, 2021
Posted by: micawber ()
Date: September 21, 2021 18:21
What I expected. MY Rolling Stones are gone with Charlie. Don't like this version of the former Rolling Stones. Too polished, too forced, Satisfaction the worst number, just boring. So sad...

As I said sometimes before, no Charlie, no Stones.
Options: Reply To This Message•Quote This Message
Re: The Rolling Stones private show at Gillette Stadium Foxboro/Boston Sept 20, 2021
Posted by: jumpingjackflash5 ()
Date: September 21, 2021 18:25

Quote
zgredzik
I listened to these recordings, it is clear that they are only fragments and that they are of poor stadium quality, recorded with a phone. But Charlie was very gentle with his drums, his playing was much smoother. I have an impression that maybe Steve needs some time to get into it, but he's not a beginner drummer either - it's just his style. The Stones will never sound like they did with Charlie again, but on the other hand these are rolling stones, changes - so natural to every human being.

The Stones have to keep rolling, although this stage for me as a huge fan is over with Charlie's death. Because The Rolling Stones will no longer be what they were. But still, I hope the boys will play for us as long as possible, even if 'Dead Flowers' will never again sound as mellow and subtle as it did before, with Charlie.

Well said. That unique Charlie's ability to play mellow and subtle, and give space to guitar and vocals as needed (but also hit the drums strong when appropriate) is sorely missed.
Options: Reply To This Message•Quote This Message
Re: The Rolling Stones private show at Gillette Stadium Foxboro/Boston Sept 20, 2021
Posted by: timmyj3 ()
Date: September 21, 2021 18:30
While I get the business end of this. Makes 100% sense that the boys get a big payday, get a warmup show, the money pays for rehearsal expenses, on and on.

But... there is still something that just doesn't sit well with me and it is just my lowly opinion, two original Stones with basically a traveling "all-star" band playing to 200 ultra millionaires. With Charlie gone it just magnifies this look more for me and that is not a good look.

While I am very happy that the Stones roll on in whatever form, The current and recent band/show just isn't for me. It pains me to write this but it is my truth. I have had no desire to see the shows over the last 10 years and I think the current affairs just brought about a reality that has been staring me in face for many years.

I am super grateful for all the available shows and music pre 2000. This will keep me satisfied for the duration of my life (I plan to around another 40 years!)

I am happy it went well and wish all the fans and the Stones nothing but the best. As a 40+ year fan I owe them a giant thank you for the greatness and power that they have given to rock n roll. Thank you.

When was the last time they didn't play Honky Tonk Women OR Brown Sugar?

There are several shows were only one of them was played, but I guess you'd have to go back quite to bit to find a show where neither one was played.

But the next question, obviously, is: when was the SECOND to last time neither HTW or BS were played?

Quote
micawber
What I expected. MY Rolling Stones are gone with Charlie. Don't like this version of the former Rolling Stones. Too polished, too forced, Satisfaction the worst number, just boring. So sad...

As I said sometimes before, no Charlie, no Stones.