Quote
whitem8
For those of you who like to collect Dylan vinyl, I highly recommend Side Tracks. A great three album set compiling the unreleased songs, alternate mixes and B sides from Greatest hits 1-3 and Biograph. A limited edition release, it is beautifully packaged, pressed on 200 gram vinyl, and sounds stellar. And very reasonably priced.

but it doesn't feature any recording that hasn't been released before.
A CD version of side tracks is included in the complete recordings box
Options: Reply To This Message•Quote This Message
Re: OT: Bob Dylan news and more
Posted by: whitem8 ()
Date: March 15, 2015 13:54
No but it is a great album. Very high quality. And collects a lot of stuff I needed because I don't get his greatest hits albums or Biograph. Great triple album with nice liner notes and a gatefold cover. And limited edition. For those who like to collect nice vinyl.

Great listening to these songs pulled from greatest hits before or after more rarer songs. It gives these songs a chance to be taken in a different context and better appreciated rather than being sandwhiched between well known hits. Love it!
Options: Reply To This Message•Quote This Message
Re: OT: Bob Dylan news and more
Posted by: Cristiano Radtke ()
Date: March 15, 2015 17:30

Quote
whitem8
For those of you who like to collect Dylan vinyl, I highly recommend Side Tracks. A great three album set compiling the unreleased songs, alternate mixes and B sides from Greatest hits 1-3 and Biograph. A limited edition release, it is beautifully packaged, pressed on 200 gram vinyl, and sounds stellar. And very reasonably priced.

Although there's no "new" songs on this compilation, it is indeed a nice record.

Quote
whitem8
It is released officially, this isn't a boot. As I said, a very high quality release on 200 gram vinyl, great sound/mastering. 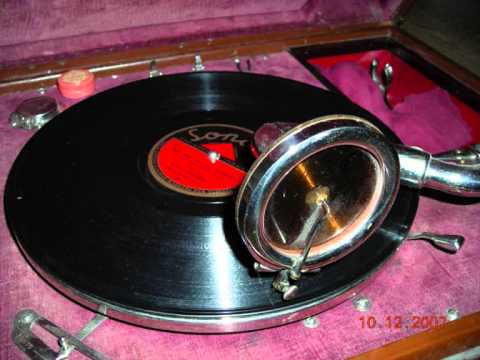 "I’ve heard from several sources that the next “Bootleg Series” release will be a little different from the norm and that you may need to start saving for it now. Although there is no official confirmation of the rumour, we are hearing that there might be a 2-CD release, a 6-CD Box set, and a huge boxed release covering all of the studio sessions from 1965 and 1966. There is talk that this release might run to 18 discs!!! If only studio material is to be included, then 18 discs seems a lot. ISIS tends not to speculate too much on these releases but we have heard this from three sources, all of which are usually reliable."
Options: Reply To This Message•Quote This Message
Re: OT Bob Dylan "Bootleg Series 12" may be 18 CD set
Posted by: shortfatfanny ()
Date: August 1, 2015 17:28
Thanks for the info.
Beside the cash...I ask myself when will I have time to wade through 18 CD's...
Reminds me of the Grateful Dead and their 30 somewhat career spanning live CD set if I remember correctly...

Might include multiple takes, versions, demo's, etc. of the same song.
If that's the case, I'd happily settle for the 6 disc set of this, but was really hoping that a Blood On The Tracks 'Bootleg Series' would be next.

Having seen Dylan live and not recognised any of the songs while he was dressed as a matador and singing like a 1000 year old man this album is a refreshing reminder of a time when Dylan sang with passion, reinvented songs in meaningful ways and actually seemed committed to rock and roll.

Maybe he was forced to put something into it by the brilliance of the support the Band gave him but it makes one wish he had had them on hand in the 80's and beyond.

I have read the tour was designed as a pure money spinner but then what rock tour isn't meant to make money? They play with excitment and sound like they are having fun.

I didn't care for this record, however. It shows what's wrong with arena rock -- how performers have to speed up their songs and make their songs heavy for the large venues.

Way too heavy-handed in my humble opinion.
Options: Reply To This Message•Quote This Message
Re: OT: Dylan & The Band - Before The Flood
Posted by: dcba ()
Date: September 4, 2015 19:31
An expanded edition would make a nice "Bootleg Series" volume.

Quote
rowley
Saw that tour in DC and Phillie. Long time gone.
Here's Seattle except I can't get the link to work.
http://bigozine2.com/roio/?p=2451]]

Quote
Chris Fountain
The best version of "All Along the Watchtower" resides on this album.

you are aware that jimi hendrix recorded this song, correct?
Options: Reply To This Message•Quote This Message
Re: OT: Dylan & The Band - Before The Flood
Posted by: Cristiano Radtke ()
Date: September 5, 2015 00:16

Indeed!
Options: Reply To This Message•Quote This Message
Re: OT: Dylan & The Band - Before The Flood
Posted by: dadrob ()
Date: September 5, 2015 00:47
I bought this album the evening after I saw the last waltz. I love it

there are a fair number of soundboard tapes from that tour that circulate
Options: Reply To This Message•Quote This Message
Re: OT: Dylan & The Band - Before The Flood
Posted by: dmay ()
Date: September 5, 2015 01:51
I have this on vinyl from when it first came out. I think I played it twice and was not impressed either time. A waste of both Dylan and the Band. The big thing for it at the time was that it was Dylan on the comeback trail with what was one of the best bands that ever backed him in a previous incarnation (the Band, not Dylan, who's still today doing (re)incarnations of who and what Bob Dylan is).
Options: Reply To This Message•Quote This Message
Goto Page: PreviousFirst...7891011121314151617...LastNext
Current Page: 12 of 92