Could not make any other show,
but fully satisfied with the German triple

the greatest rock and roll band in the world - definitely
Options: Reply To This Message•Quote This Message
Re: Top 3 european tour 2022
Posted by: austrianstones ()
Date: August 6, 2022 12:37
out of my 4 shows (5th was postponed

hyde II ( because of changed setlist)

These were the only ones that I attended >

purely subjective, of course.
(I know that a lot of people say Paris was the best, but for me the show was spoiled by people around me singing along (loud and out of tune), others clapping along (usually out of time) and other talking and pushing all the time)
Options: Reply To This Message•Quote This Message
Re: The Rolling Stones SIXTY Tour Europe 2022
Posted by: bertrichards ()
Date: August 6, 2022 14:45
I've attended to four shows: Munich, Paris, Gelsenkirchen and Berlin. My top 3:

Nothing can beat “live in the ghost towns”…
Options: Reply To This Message•Quote This Message
Re: The Rolling Stones SIXTY Tour Europe 2022
Posted by: Irix ()
Date: September 24, 2022 22:45
The German Rock-Magazine Eclipsed (October 2022) has an 8-pages special about 60 years of the Rolling Stones - [www.Eclipsed.de] : 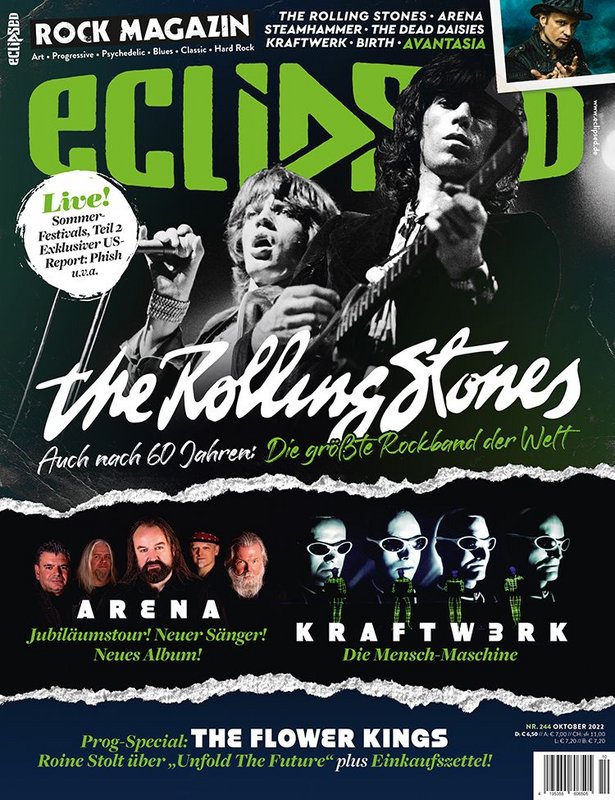 There's also an interview with Chuck Leavell. When asked by Eclipsed about new Stones-Music, he said his personal guess would be 2023.
Options: Reply To This Message•Quote This Message
Re: The Rolling Stones SIXTY Tour Europe 2022
Posted by: slewan ()
Date: September 24, 2022 22:55

Quote
Irix
The German Rock-Magazine Eclipsed (October 2022) has an 8-pages special about 60 years of the Rolling Stones - [www.Eclipsed.de] :

There's also an interview with Chuck Leavell. When asked by Eclipsed about new Stones-Music, he said his personal guess would be 2023.

hm, so even Chuck Leabell is guessing… is this good or bad news?
Options: Reply To This Message•Quote This Message
Re: The Rolling Stones SIXTY Tour Europe 2022
Posted by: StonedRambler ()
Date: September 24, 2022 23:49

Quote
Irix
The German Rock-Magazine Eclipsed (October 2022) has an 8-pages special about 60 years of the Rolling Stones - [www.Eclipsed.de] :

There's also an interview with Chuck Leavell. When asked by Eclipsed about new Stones-Music, he said his personal guess would be 2023.

hm, so even Chuck Leabell is guessing… is this good or bad news?

Could be he isn't really involved into the new music. They often do sessions with Matt these days.
Options: Reply To This Message•Quote This Message
Re: The Rolling Stones SIXTY Tour Europe 2022
Posted by: bye bye johnny ()
Date: October 4, 2022 16:35
John Meglen on the Rolling Stones’ Sixty tour 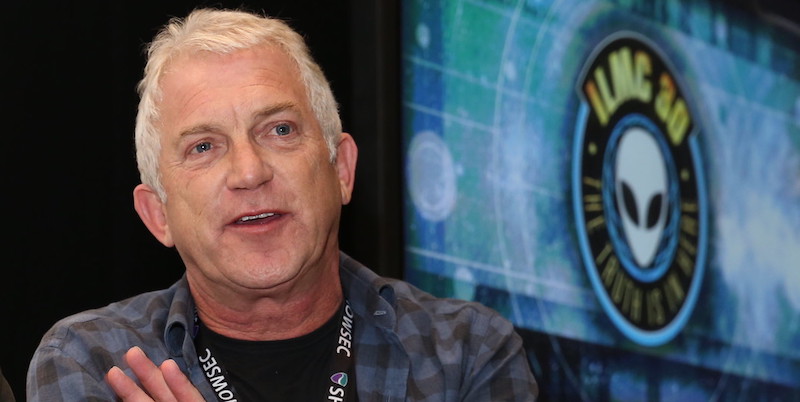 Promoting heavyweight John Meglen has given IQ the inside track on the Rolling Stones’ 60th anniversary tour.

With the exception of a scheduled stop in Switzerland at Bern’s 45,000-cap Wankdorf Stadium being cancelled due to Mick Jagger testing positive for Covid, Meglen considers the tour to have been a roaring triumph in the face of well-documented challenges.

“I won’t say it was the easiest show we ever did, it was tough out there, but I would call it a total team effort,” says the Concerts West boss. “We had very well planned out Covid protocols that everyone stuck to. We had one hiccup, but considering that we were running from country to country to country with different policies, regulations and procedures that you have to stay constantly updated on, you’ve got to give credit to every single person on the tour for sticking to those plans. That’s what really helped us out.”

He continues: “We’ve all seen recently, post Covid, where you [sell] the show out in the last few days because people want to make sure it’s going to happen and that it’s not going to get rescheduled or cancelled. Unfortunately, we’ve had much more of that than we’ve had in the past. But the business was amazing.”

Meglen paid tribute to the wider Stones’ team, which is headed by manager Joyce Smyth.

“They’re all wonderful,” he says. “Joyce Smyth is absolutely amazing and has a tremendous team around her. Our Concerts West team has now worked with them for years and years; there’s a sense of family when we’re out on the road and we take care of each other. That goes all the way from Mick, Keith [Richards], Ronnie [Wood], all the way down through everybody else on the tour.

“It’s a blessing of working with these guys. They absolutely are the greatest in the world, there’s no question about it.”

“I get chills and teary-eyed virtually every time I watch it,” says Meglen. “I can only speak for myself personally, but I miss that man tremendously. He was such a gent, such a talent and an incredible guy.”

He adds: “[Replacement drummer] Steve Jordan is amazing. He just came in and didn’t miss a step. He provides a different energy, but I think he very much respects how Charlie played and tries to represent that.”

The band’s previous No Filter tour was comfortably the highest-grossing of 2021, garnering $115,498,182 – almost $30m clear of their nearest contender, Harry Styles. And despite reaching their diamond anniversary, there has been no suggestion that Sixty marked the end of the Stones’ touring years.

“I haven’t heard anybody say anything’s stopping, so we’re always there and ready,” says Meglen. “It’s for Joyce and the guys to figure that out and, if and when, it’d be a blessing again.

“A lot of what makes it work is when you have guys like Opie [longtime Stones production manager Dale Skjerseth], a tremendous, amazing band and then the guys playing better and better. It’s crazy how good they are and how they just bring it every single time.”

Quote
Topi
"A complete sell-out"? What about the Munich numbers compared to 2017?

Less numbers doesn't equate to a sell out or not. A sell out is a sell out.

Semantics.
Options: Reply To This Message•Quote This Message
Re: The Rolling Stones SIXTY Tour Europe 2022
Posted by: Topi ()
Date: October 6, 2022 07:38
I appreciate that, but hockenheim95's message in another thread gave me the impression Munich didn't quite sell out:

Munich tickets incl.pit were still available on the morning of show day - obviously I have no way of knowing whether they actually sold them all in the end:

For Gelsenkirchen there were tickets available too. I upgraded myself in Gelsenkirchen by looking at the Eventim website for available seats. This seat was occupied by me for the whole show and not sold last minute to anyone!

My Impression is that since a few years they claim that Sold seats are the capacity to pretend they have completely Sold Out every show!
Options: Reply To This Message•Quote This Message
Re: The Rolling Stones SIXTY Tour Europe 2022
Posted by: Topi ()
Date: October 6, 2022 12:44
In Munich, the "Abendkasse" (box office) was almost right next to the LD counter. I saw people go there to buy tickets very late in the evening, even long after the opening act had gone on.

(Some of those ticket buyers joined the Lucky Dip pickup line by mistake, resulting in even further delays in distributing the Lucky Dips!).

Forget when they closed the Abendkasse but they definitely kept it open quite late. I was still in line for the LD pickup as the Stones went on stage at around 8:50 PM...and only received my tickets three songs in.