Goto Thread: Previous•Next
Goto: Forum List•Message List•New Topic•Search•Log In•***Print View
Goto Page: 12345Next
Current Page: 1 of 5
What do you think has "made" you a Rolling Stones fan?
Posted by: georgie48 ()
Date: September 27, 2019 00:23
Over the many years I have read thousands of comments on this site (and others) of Rolling Stones fans (or maybe not really such fans) on the music of this incredible band. Threads where individual songs are discussed have given me very interesting insides on how a song feels for others, but also often made me wonder and left me amazed, leaving me with the question "are these real fans?, but who am I to judge?
For me my first ever Rolling Stones song was "Not Fade Away" and it "tought" me that this is a band who knows how music should work. A subtle balance between a good selection of musical instruments and the singers voice in such a way that your ears have no choice but to focus on it and absorb it with utmost pleasure.
Certainly not easy to be able to continue doing that for well over five decades. Of course nobody is perfect, so there is the odd "slip of the pen", but for me they are a subliem gift from the heavens and the Universe and it's a great honor to be a Rolling Stones fan.
Options: Reply To This Message•Quote This Message
Re: What do you think has "made" you a Rolling Stones fan?
Posted by: 5strings ()
Date: September 27, 2019 00:35
My First ep was a christmas gift "around and around " i like it so much but the First one
That make me a fan or make me love the Rolling Stones was "got live if you want it "EP in 1966 i was 9 years old and when i hear everybody needs somebody live , it was awesome and really kick ass !!
I got the ep and think Stones Will be my band ad i never change it !

what makes me a fan are many things, loved the attitude, swagger of the band members in the early days, the catchy rocky tunes with perfectly weighted vocals, and as time passed i became ever more impressed by the shear versatility of the band which in turn has inspired me to get into songs previously i held back on, stuff like fingerprint file, winter, we love you, connection, moonlight mile etc.

also what impressed me was for well over 30 years they always pushed the boat out, always introducing new stuff to the setlist, always doing new albums, completely changing setlist over short periods of time like what they done from 1967 to 1969 and from 1978 to 1981, when easily they could have stuck with the same bunch of songs from the mid 60,s.

now what impresses me is that despite conservative setlists which often get discussed they do and have reinvented old classics, never performed before songs from the past or rarely performed songs from the past like shes a rainbow, she was hot, i wanna be your man, emotional rescue etc, which also adds to the stones depth.

theres so much to like about them and despite the criticisms of which some is deserved, they really have delivered so much for so long, they are untouchable.

The bands onstage and its one of those nights.
Options: Reply To This Message•Quote This Message
Re: What do you think has "made" you a Rolling Stones fan?
Posted by: Hairball ()
Date: September 27, 2019 01:33
My earliest memory of the Stones - c.'66 my aunt used to babysit my brother, sister, and I and sing Satisfaction. Also hearing Get Off My Cloud, probably on the car radio.

Second Stones memory - my older brother buying Sticky Fingers on a trip down to our local record store.

Third Stones memory - looking at the creepy album cover of my older brothers Goat's Head Soup album, with Angie being my favorite tune from it at the time.

Fourth Stones memory - hearing the tune It's Only Rock'N'Roll blasting on the radio during the summer of '74.

Fifth and probably most important memory - buying Made in the Shade when it was released in '75 when I was 13.
All of the tunes were familiar to me, but it was my first Stones album and I played it to death (still have it).

I don't recall Black and Blue being released, but I clearly remember Some Girls. My older brother and I had a full blown listening party with a case of beer and some tasty spliffs.
We listened to it over an over throughout the night, and it turned out to be the album of the summer '77.

Was excited for the release of Emotional Rescue, but was ultimately somewhat disappointed with most of it- especially when hearing the title track as the first single.

In 1981 I bought Tattoo You, and prepped to see my first Stones shows at the L.A. Coliseum by digging deep into everything the Stones had released prior - it was Stones sensory overload for a few months.

Add that all together, and after all these years - come hell or high water, I'm still a Stones fan.

My parents were speechless, a very rare occasion.

Being the youngest of five, my older siblings excitement and enthusiasm made it more memorable than the moon landing where we all did similar a few years later.

Was hooked from then on, but credit my older brother with keeping me a fan.
Would show me every album, explaining lyrics etc even though much of it was beyond my comprehension.. Remember distinctly when I was finally able to come up with my own money and buy my first Stones album hot off the presses, before even he had a copy. Black and Blue remains one of my favorites partly because of that

Quote
24FPS
Get Yer Ya Yas Out. I was blown away.

Quote
angee
Ed Sullivan Show, first appearance, "Time is On My Side." Loved the song and the attitude.

My parents were speechless, a very rare occasion.

Stones fans are born not made

[But my very first memory of them was at about the age of five in, when I saw them on TOTP or a similar show doing, I think, GOMC …
I wasn't at that age very interested in the music ...but I thought Mick was the best clown I'd seen for ages !

- Love You Live (on cassette) Not this one but probably same occasion.
Options: Reply To This Message•Quote This Message
Re: What do you think has "made" you a Rolling Stones fan?
Posted by: Redhotcarpet ()
Date: September 27, 2019 11:43 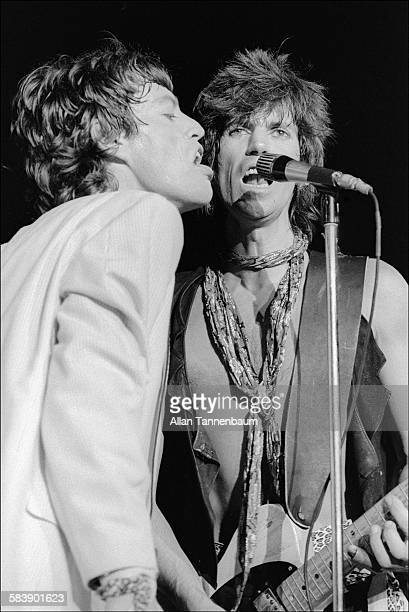 This. And another one from 1975.
Options: Reply To This Message•Quote This Message
Re: What do you think has "made" you a Rolling Stones fan?
Posted by: liddas ()
Date: September 27, 2019 11:59
When I was really young, my parents had this cassette titled Rolled Gold that I used to love. I didn't have a clue of who the Rolling Stones were, what they looked like, where did they come from, and when the songs were made. I just loved the music and I loved the cover.

Fast forward to 1981. Start me up was all over the radio but I had no idea who sang it. Remember going to the record store to buy the single.

Imagine my surprise when I realized it was by the same band who did Rolled Gold.

In that exact moment I saw the light!

C
Options: Reply To This Message•Quote This Message
Re: What do you think has "made" you a Rolling Stones fan?
Posted by: Meise ()
Date: September 27, 2019 12:46
I was 10 years old when my father played some best-of album. Paint It Black has been stuck in my brain since that moment. I was so hooked by the melody/riff, I needed to listen to it again several days later but didn't know the song's name. So, I listened to the complete album. Again and again and again and again and again ... That was the ignition point making me a Stones fan. For ever.