Goto Thread: Previous•Next
Goto: Forum List•Message List•New Topic•Search•Log In•***Print View
Goto Page: 123Next
Current Page: 1 of 3
What's Wrong With Me? ..
Posted by: IanBillen ()
Date: August 20, 2019 07:31
OK ... As it happened ... a person I knew was looking up HTW online .. I told this person put / search 'Honky Tonk Woman'. He responded that while this particular search would surely yield The Stones song .. as he recalled it was actually titled ... Honey Tonk 'Women' ... as he understood it.

I strongly disagreed in telling him that while they sing that word in the song (plural) .. the title is actually 'Honky Tonk Woman' (<<singular).. He asked if I was sure? I responded to this person .."I bought Hot Rocks when I was 11 and this is on it ... and to boot I have been A major Stones fan since I was 10 ...of COURSE I'm SURE!".

As it turns out the lyrics they actually sing as not only HT 'Women' (as I knew from hearing it most of my life) ... but the song is called that too. I thought it was simply titled 'Honky Tonk Woman' (singular) ...


How could I go through the decades with this major Stones staple ... especially in seeing them perform it live countless times .... and not F***G know the exact written title?????? I feel like a failure!


*Please forgive me for this .. amateur, inexcusable, monumental disappointment
.. I had to share this because it's therapeutic .. for I actually having been living life for 48 hours very mad at myself... .. ( ;o ).

Quote
Hairball
Happens to the best of is Ian with various song titles, lyrics, etc. from many artists and bands.
Don't hate yourself or feel ashamed - you're forgiven.


I know it happens to all of us with titles .. lyrics .. etc... BUT this is The Stones .. a band I've studied .. listened to ... saw countless times... A band everyone I personally know would instantly identify me with ...


How could I have not known the actual written title of this Stones staple classic for 35 plus years??

It doesn't matter what he thinks (he didnt make a big deal about it anyway).. what matters is I feel like a fool to 'myself'! Hahahahaha Ahhhhh shit -
Options: Reply To This Message•Quote This Message
Re: What's Wrong With Me? ..
Posted by: DandelionPowderman ()
Date: August 20, 2019 08:03
Sacrilege!

Happens to a lot of us, Ian

Quote
Spud
Its not you it's the title.

Why weird? Mick was never monogamic.
Options: Reply To This Message•Quote This Message
Re: What's Wrong With Me? ..
Posted by: Rockman ()
Date: August 20, 2019 10:57
If its any comfort Ian … just be thankful
you weren't on a world wide TV quiz show with
all your friends watching and your expert topic was The Rolling Stones …….

Honky Tonk WOMAN it is (I do still have the original vinyl single) no matter what Mick sings live or even on the record for that matter. The devorcee and ballroom queen are singular anyway.
I had similar discussions about "Some Girls", where the lyrics say "Chinese", but no matter how often (decades now) I listen to the record, I can't help but hearing Mick sing "Japanese". Besides, I haven't seen many Chinese girls wearing a kimono (not counting the old days) in our postwar world. Japanse girls still wear them a lot. But ..... CHINESE is it

I know many people say 'Honky Tonk Woman' ... and this is bc I thought it was
the actual title of the song .. though he sang it plural.

Sure.. I've admitted saying it in print .. but the actual conversation was not taped / recorded. In a court of law I could / would deny the conversation ever took place and that I thought this message board was a fantasy board ( ... 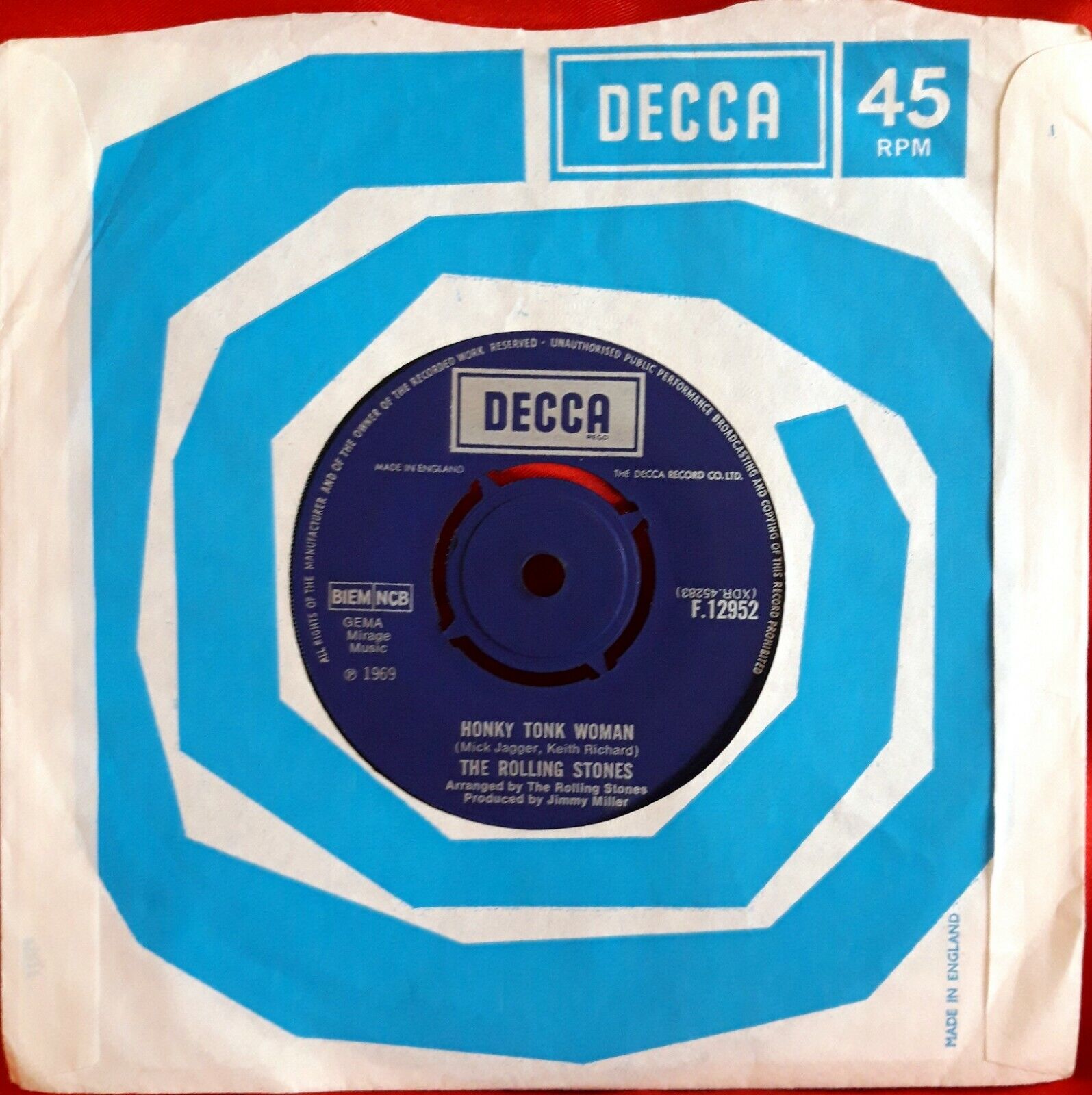 ROCKMAN
Options: Reply To This Message•Quote This Message
Re: What's Wrong With Me? ..
Posted by: ab ()
Date: August 20, 2019 12:26
You might have bought the wrong vowel, dude! Go back home to live in the basement at Mum's. Curl up into a fetal position and never come out of it. Life as you know it is OVER! Your credibility is in a festival portapotty -- and a ripe, fragrant, hasn't been serviced in days festival portapotty at that.

But there's hope: paint a giant E on your chest and do a naked, preshow Cersei Lannister type Walk of Shame through the stadium parking lot of an upcoming show on the current tour. Allow yourself to be mocked and pelted with beer and munchies by random Shadoobies! Repent!

Then again, don't. Because each one has been used on various pressings/versions, htw is a case where both are right.

The purple label appears to be of a later date (if official). Could be an "almost perfect bootleg". Same "flipside" song?
Options: Reply To This Message•Quote This Message
Re: What's Wrong With Me? ..
Posted by: schwonek ()
Date: August 20, 2019 14:40
True. And both versions are ok with the Stones. 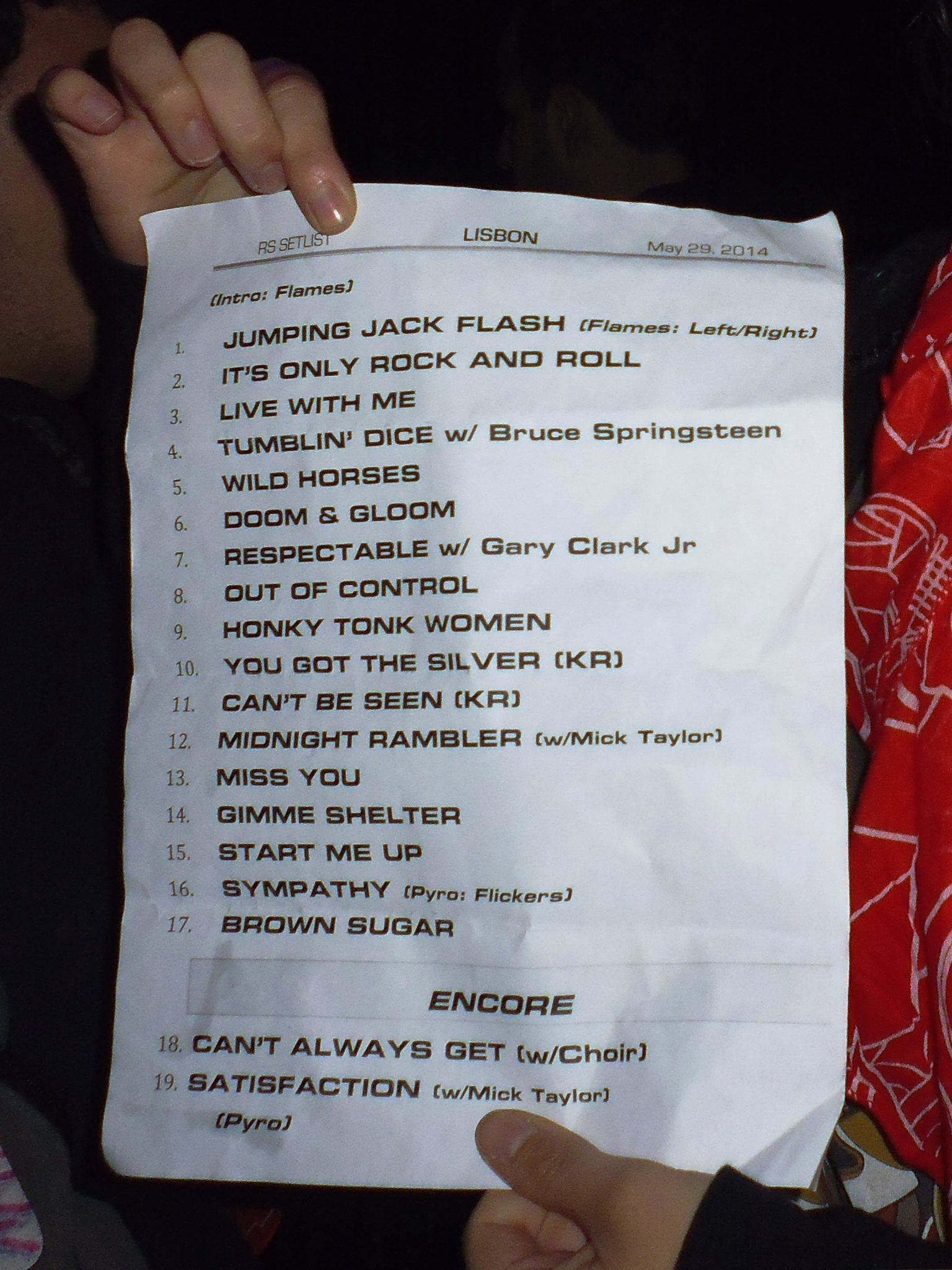 Options: Reply To This Message•Quote This Message
Re: What's Wrong With Me? ..
Posted by: Doxa ()
Date: August 20, 2019 14:41
Well, I have always had difficulties with "Jumpin' Jack Flash", since the cover of LOVE YOU LIVE says they have a similar sounding song called "Jumping Jack Flash"...

EDIT: as seemingly the setlist in Lisboa above does!

Quote
Stoneage
But isn't Honky Tonk Woman the right one? At least that is what I hear Jagger singing. Remember women is pronounced wimmen in the word of English.
I don't hear him singing wimmen. But maybe he does?

No it's "It's the Honky tonk women", hence Honky Tonk Women

Quote
stickyfingers101
isn't there also some discussion of "Paint it Black" vs. "Paint it, Black"

video: [youtu.be]
Options: Reply To This Message•Quote This Message
Goto Page: 123Next
Current Page: 1 of 3