Goto Thread: Previous•Next
Goto: Forum List•Message List•New Topic•Search•Log In•***Print View
OT - Ronnie Lane
Posted by: Palace Revolution 2000 ()
Date: April 19, 2018 16:47
I never quite see the Faces as OT - it feels like a family thing.
I don't know what it is exactly; the songs, the bittersweet story of his life and times, his creaky tenor; but I always get choked up when I listen to his songs.
Maybe it was the perfection of him assembling that travelling circus fiasco, and the stories of him becoming a farmer. Maybe it is the way the songs were recorded: outside with the animals and elements on tape. Maybe it is the band itself, accordion, banjos, acoustic guitars and harmonicas; British Country; all played by guys who seemed to be there because they believed in it.
Ultimately it is the songs. Ronnie Lane's songs all have something so melancholic about them.
"Abalone, you're so good, the way you shine for me, you set me free.."
"Hey Honey, I hold you way up too high for me.."
And of course "I wish I knew what I know now, when I was younger"

I love when writers say big things with very simple words. I can't stand overblown language. I can listen to so many of his songs "Kuschty Rye, Done This One Before, Tin & Tambourine, Flags & Banners, Annie, Barcelona.." always good.
Options: Reply To This Message•Quote This Message
Re: OT - Ronnie Lane
Posted by: DandelionPowderman ()
Date: April 19, 2018 17:02
Ronnie Lane was awesome, just fantastic. Heartfelt, melancholic, vulnerable and funny.

Love him to bits.

Love him to bits. 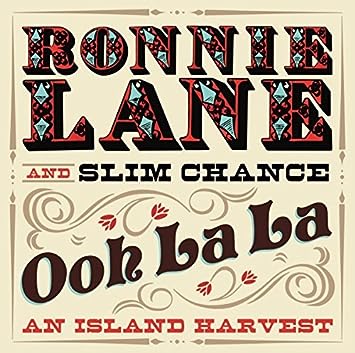 Declan
Options: Reply To This Message•Quote This Message
Re: OT - Ronnie Lane
Posted by: keithsman ()
Date: April 21, 2018 23:19
Agreed DP, some great clips there of the lovely Ronnie Lane.


Here's a clip of him and the rest performing Goodnight at the New York show: 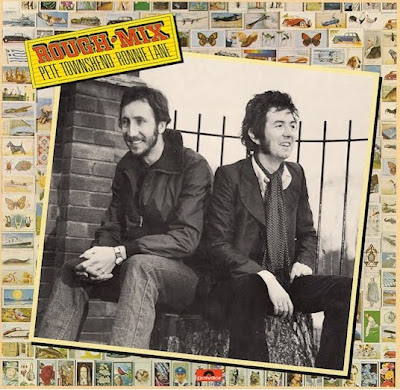 Quote
Hairball
Very sad, I was able to see him at the ARMS Benefit (Action into Research for Multiple Sclerosis) in L.A. '83 when he was brought out on stage for Goodnight rene at the end of the show - he was feeble, but all smiles and in good spirits joking around with everyone on stage.

I was at that show and was in the minority that night, because I was an actual Ronnie Lan fan...not just a follower of Faces but someone who owned and loved his solo albums, Anymore For Anymore, Slim Chance, One For The Road, and his half of Rough Mix.

I used to tell people that I wanted "Just For A Moment" from Mahoney's Last Stand played at my funeral! So as much as I loved the entire show with Clapton, Beck, Page, Watts, Wyman, Jones, Cocker, etc., the main thing for me that night was Ronnie.

For a big chunk of the crowd, Lane was the object of the charity but not someone they were into musically. When they brought him out at the end like one of Jerry's Kids, there were people who weren't in a mood to listen.

He sang two songs at the LA show I went to. The first was "April Fool" from Rough Mix. (Lane was one--his birthday is April 1st!) As they quietly began it, I thought my head was going to explode! One of my favorite Lane songs!

That was quickly spoiled by sounds of these bros sitting behind me loudly talking to each other...for them the show was over and they were already recapping it.

We've all been to shows where there has been a bigmouth...but this was the worst for me. The rare chance to see Ronnie Lane...the unexpected performance of a favorite song...the entire perfect moment...spoiled.

I quickly turned around and made a motion to shush these guys, and immediately I could see they were startled by my actions, and as I made my argument for silence, they were making their case for being loud.

Hope one day I can write a song of that emotion for my own dad ....