Quote
crholmstrom
listening to the Antwerp show. astonishing. maybe best non crazy horse version of "f'n up" leading into "cortez the killer" still got a ways to go. the stakes were high on this night....

I bet he was burning the guitar up!! Go HaWKS!!

i would've given my left nut to hear "on the beach" in seattle. fortunately (or not) the equipment is still intact.

Options: Reply To This Message•Quote This Message
Re: OT: Neil Young / Promise of the Real
Posted by: peoplewitheyes ()
Date: July 13, 2019 14:41
Who went to the London show last night? I was coming home from an event and saw load of NY fans getting on the tube.

Quote
peoplewitheyes
Who went to the London show last night? I was coming home from an event and saw load of NY fans getting on the tube.

(and he said Foxhtrot Oscar to Barclays - well done NY!)

Both Neil and Bob were excellent. Stunning performace of 3 songs with his Martin. Sadly the wind affected the sound a little on the electric guitars (standing in middle, Gold circle about 15 meters from fence. Behind Diamond circle). Neil was clearly enjoying this. Great, long Rockin in the free world.

Bob was excellent and in good mood. Sometimes smiling, and seemed to enjoy this type of gig, Finally (or again) with loud heavy outdoor sound. Crowd singing on LARS. And on the big screen so you could se him.
Opened with a great version of ballad of a thin man. Beatiful performance of Girl from the North Country.

While Dylan isn’t so much a disappointment as a distant memory, Young is clearly far from done

A shiver runs down the spine as the first notes of Neil Young’s guitar open this double bill of towering musical geniuses (with Bob Dylan to follow). “Well, I saw an old man walkin’ in my place,” are the first words Young sings. The 73-year-old wrote them nearly 30 years ago for the album Ragged Glory. Ninety minutes later, as he faces into the wind, not especially steady-legged, wisps of hair blowing behind him as he plays “Like a Hurricane”, age has been defeated, time itself denied.

He walks on with his band, Promise of the Real, and they proceed to kick it like Crazy Horse. They can be in harmony or make a racket, play quiet or very loud, but they always feel loose, even dirty. Occasionally they meet and face each other in a huddle, Young with his back to the audience, four heads down, jerking in rhythm, like vultures at a kill.

Young’s guitar is never quiet. Sometimes between songs it gives off a subdued radioactive hum, sometimes it won’t let the last song go, sometimes its teeth chatter and it snarls, as if readying to attack. And then suddenly it’s alive again, full of warmth and power, bending and sparkling, improvising, reinventing his songs afresh – from “Winterlong” to “Throw Your Hatred Down”.

His voice? It was never much of a voice to begin with – a thin, plaintive, reedy thing that soughs with melancholy and yearning. But the years have passed over it, leaving it untouched, and when Young sings “Oh-oh Alabama”, it still clutches at your heart. As he plays “From Hank to Hendrix”, tears are smeared over the cheekbones of two women close by me, generations apart.

His set sticks mostly to the Seventies and the Nineties, drawing heavily on Harvest and Ragged Glory (perhaps presaging the promised Ragged Glory 2 of songs from the original sessions) but some of its highlights fall outside those dates, such as “I’ve Been Waiting for You” from his 1968 debut, and a fearsome version of “Rockin’ in the Free World”.

Young eschews “Hey Hey, My My” and “Harvest Moon” for an encore that ends with him embarking briefly on “Roll Another Number (For the Road)”, then stopping. “We’re supposed to be done,” he says, before gunning up the band for a punk thrash finale of “Piece of Crap” from Sleeps with Angels (1994). Contrary as ever, Neil Young is far from done.

Dylan isn’t so much a disappointment as a distant memory. The grizzled man at the piano in a wide-brimmed hat looks like Dylan, but when he plays, he’s almost unrecognisable from the artist who created so many songs of such majesty and wit. All those great love songs… here he sings “Make You Feel My Love” as though he’s forgotten what love is. Somewhere inside the thing he plays that begins “Once upon a time you dressed so fine” is the song that changed the course of music, but I’m damned if I can hear it. The voice isn’t gone, as such, it’s just that there’s no discernible heart in it. Dylan seems emotionally absent, locked inside the “Never Ending Tour” he has been on for more than three decades. He’s 78 now. He should probably stop.

On a related note, watching livestream of Neil right now on the Archives..only 10:35 AM here in SoCal, and Mansion on the Hill is cranking LOUD and LIVE from IRELAND!!!

Neil's diy approach to streaming may need some outside help. Plenty of bands and festivals livestream their sets with few issues, but almost every Neil stream I've watched on Archives has had problems.

Even if he is charging the meager price of $20 a year, would be nice to have some quality webcasting.
Options: Reply To This Message•Quote This Message
Re: OT: Neil Young / Promise of the Real
Posted by: Hairball ()
Date: July 15, 2019 01:00

Quote
mosthigh
Good set to my ears (at least for 10;30 am pst on a Sunday), but much of the stream was out of sync. They tried to fix it repeatedly, but it always slipped out.

Neil's diy approach to streaming may need some outside help. Plenty of bands and festivals livestream their sets with few issues, but almost every Neil stream I've watched on Archives has had problems.

Even if he is charging the meager price of $20 a year, would be nice to have some quality webcasting.

Yes, noticed the out of synch issue, so just minimized the screen and listened while doing other things online.
Not much to see there anyways except an old fart surrounded by his gang of youngins. lol

As for Dylan's set, Neil joined him on stage for a version of Will the Circle Be Unbroken. Join us for Harvest Moon: a daytime benefit concert on Saturday, September 14 at the Painted Turtle camp in Lake Hughes, CA (50 minutes from Getty Center). Audiences will take in performances by Father John Misty, Norah Jones, and Neil Young on a grassy hillside with unobstructed views of the performers, mountains, and a beautiful lake nestled near the Los Angeles National Forest. Included with each ticket is an all-star celebrity chef picnic cooked and served by Southern California’s top chefs, and a beer and wine tasting from select California Breweries and Wineries.
All proceeds benefit The Painted Turtle, a non-profit providing children living with serious medical conditions a traditional camp experience free of charge, and The Bridge School, which provides free education to children with severe speech and physical impediments.

Quote
Hairball
Backing Neil though, they all serve a purpose, and it seems to elevate Neil and inspire him at the same time. Still prefer Crazy Horse in any incarnation though.

"elevate Neil and inspire him at the same time" sth CH fails to do for quite a few years now. No offense to them I understand these guys are old I just notice Neil seems to use POTR as a new rejuvenated version of CH.

Semi-OT but I'm sure this is what Mick would love to do... Touring with guys half his age, guys who would inject new blood in his live performances. We are excited here at NYA!

The first track from COLORADO, our next Crazy Horse album, is coming out this month. Billy, Ralphie, Nils and I are all very happy to bring this song ‘Rainbow of Colors’ to you in all its ragged glory, as my original producer and life-long friend, the late David Briggs once said. 10 new songs ranging from around 3 minutes to over 13 minutes, will be coming your way. We hope you love this new album as much as we do.

I have been continuing our work on ‘Mountaintop Sessions’, the documentary film about the making of COLORADO. It is a wild one folks, no holds barred. You will see the whole process just as it went down! Worts and all! I don’t think a film about this subject with the openness and intensity we have captured has ever been seen. You can be the judge of that, because Shakey Pictures’ ‘Mountaintop Sessions’ masterfully shot by cinematographer C.K. Vollick, will be released in over 100 theaters world-wide the week our album COLORADO debuts, in October.

Made for you in double Vinyl, (three sides plus a 7” exclusive two-sided single not on the album) will be released, along with CD and streaming versions of COLORADO.

And in other news:

This week on Wednesday, ‘Tonight’s the Night’ will be the album of the week. Watch for a never before seen video, featuring the camera of David Briggs!
It will be released in the NYA Times-Contrarian for your viewing, along with an ‘Album of the Week’ story I have written for you. With the 12-minute ‘Tonight’s the Night’ video and that story, you should have a more clear look at ‘Tonight’s the Night’ than you have ever had in the history of this recording! I know it was a long time ago, almost 50 years, but Im still here and it is still so fresh in my mind. That’s what this Archive is about, bringing it home to you. I love the music, the way we played it and what it was about, as well as all the great people who were part of making it. Maybe you are one of them. I hope you love it like I do, along with the good people at Reprise!
ny

[www.nytimes.com]
Options: Reply To This Message•Quote This Message
Re: OT: Neil Young / Promise of the Real
Posted by: dhinkle555 ()
Date: August 21, 2019 20:34
I was able to get some real good tickets for this Indianapolis show by paying $25 to join NYA.
I haven’t seen Neil live since his last tour with CSN in fall 2006. Looking forward to it. 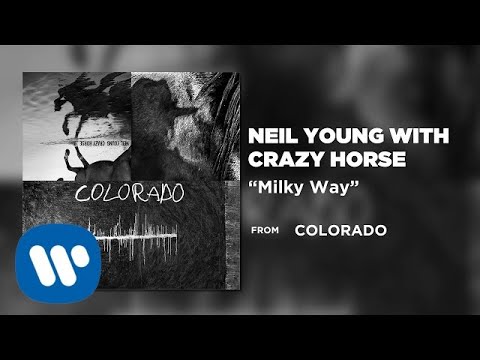 Not sure yet what to think of the song. Neil has written worse ones but also better ones. Let's see how it comes across in the context of the full album.

What can be clearly discerned is the different flavour that comes in with Nils on rhythm guitar, to me quite a difference from the sound of the Poncho Horse.

Unfortunately a yawner...wtf...and as some pointed out in the comments it directly rips off George Harrison's beautiful Behind That Locked Door.
Might be time to dig back through the vaults, though there's still hope there will be at least a couple great tunes on the new album?

Unfortunately a yawner...wtf...and as some pointed out in the comments it directly rips off George Harrison's beautiful Behind That Locked Door.
Might be time to dig back through the vaults, though there's still hope there will be at least a couple great tunes on the new album?

Neil discovering the Irish in him? Dunno, felt like I heard the song already before. I'm not aware of George Harrison's song, have to check it out.
Options: Reply To This Message•Quote This Message
Re: OT: Neil Young / Promise of the Real
Posted by: doitywoik ()
Date: September 15, 2019 00:42
Just realized I seemingly had never listened to the All Things album in its entirety. Possibly wasn't pregressive enough for me in the 70s ...

I wouldn't call Neil's song a direct rip-off, yet George's song may plausibly have been a source of inspiration ...