I did not plan to post much about the rehearsals in Boston until after they were over, but I see there are lists of rehearsed songs circulating on Internet now, so I will do a brief mention of what happened today.

Last week I was out there by the studio mostly on my own. It did not feel right to be some sort of a spy, reporting on their works. Sure I could hear every song, in between rain, traffic, helicopters, birds singing, wind, ambulances, catering arriving and departing etc, but still, it did not feel right.

Last week, on Thursday, they did Memory Motel. It took like 3-4 seconds of the keyboards, those never to be missed notes, and the song simply snapped in. Through all the noise I could hear Mick and Keith on the vocals, that is part of what is so great about Memory Motel. And once you know the song, it does not really matter how much external noise there is, you still hear it through the noise. I was already happy. Then they did MM one more time today, again, it snapped almost immediately, Mick on vocals, then Keith, then back to Mick, the keyboards, the song, please please make it happen not just here in Boston, for the private show, but also for all of the fans in the tour.

There is a dark and sad theme in song selections. Those who complain about Mick, Keith and Ronnie not making any statement about the passing of Charlie, will get the statement live at the shows, a very appropriate one. It is sad. It is depressing. Doom and Gloom. Sad Sad Sad. Nervous Breakdown. They have so much to choose from in their list of songs. Dancing With Mr D.

I am proud to be a fan of such a great band. I do not understand those who complain about them going on tour without Charlie. Their music is their life, and they are not done yet. Also, there is a contract signed for a tour, and tickets were sold one and a half year ago. Hopefully they will be able to do the whole tour without any changes, I am really excited about the rehearsals and what they are planning for the shows.

Steve Jordan? I hear his drumming. No complaints. He must have the same habit as Charlie, of banging a little extra after the songs. And he is a nice guy, saying hello as he is coming and leaving, like the rest of the band, I am really proud of the band.

Security is always tight these days, cars in, cars out, nothing to be seen, but if you are patient, then voila Mick is rolling down the window, smiling, saying "Hi" and your day is just great. When Ronnie does the same shortly after, the night is perfect. And not to be forgotten about Keith, strong as always on the riffs, I have seen him a few times, I am ready for the real stuff now.

The trucks roll in to the studio, The Rolling Stones are ready to roll on... Last rehearsals today, just me and two other fans there, locals from Boston. The Stones were running through a complete set list. Then they left. All with smiles. All of them - Keith - Mick - Ronnie - rolling down their car windows today, waving, smiling. See you on tour!

There will be more comments about Boston and the Boston rehearsals in the travel blog StonesLife.org. 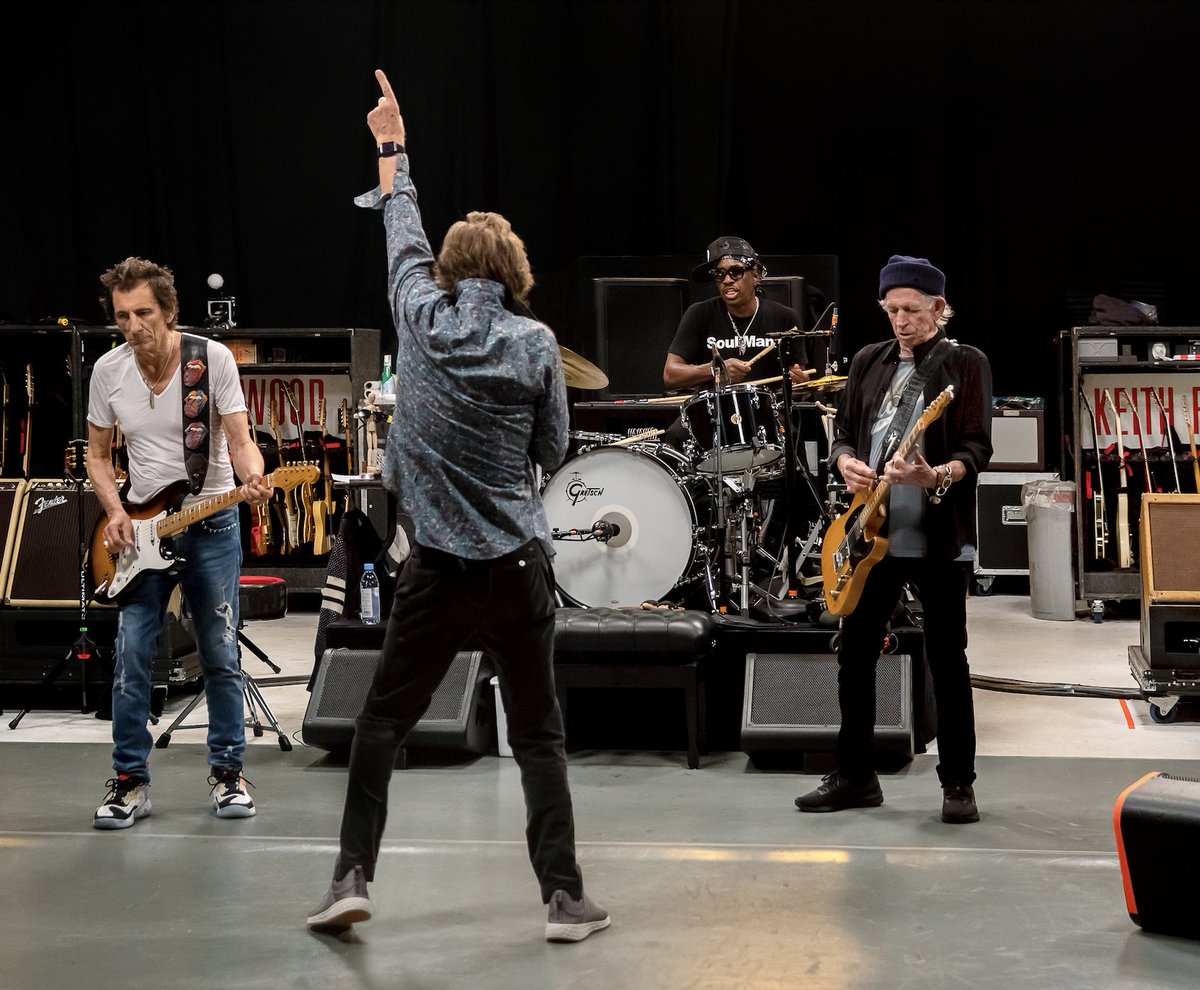