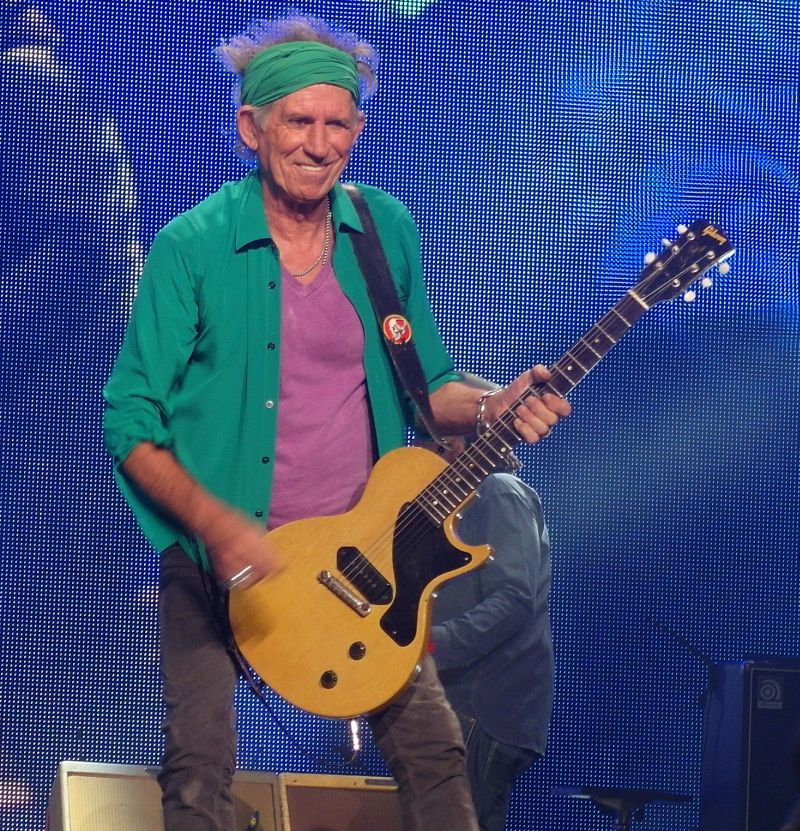 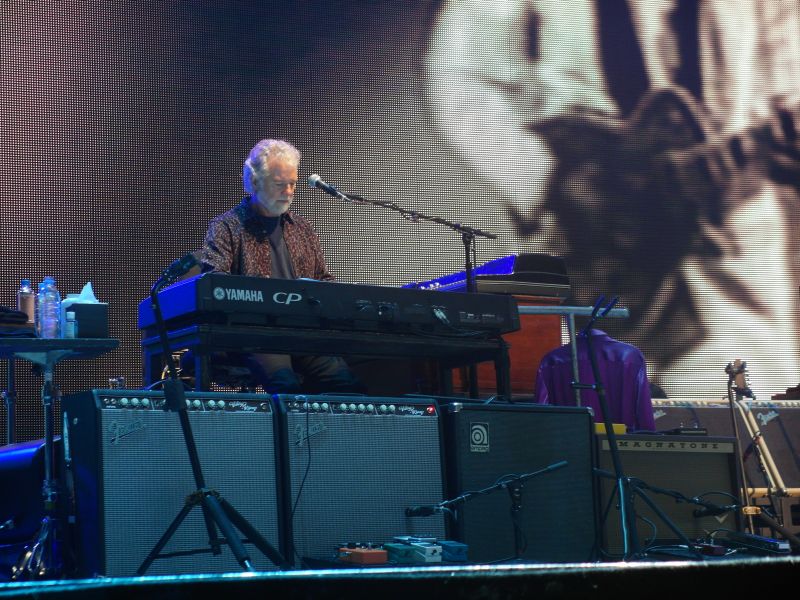 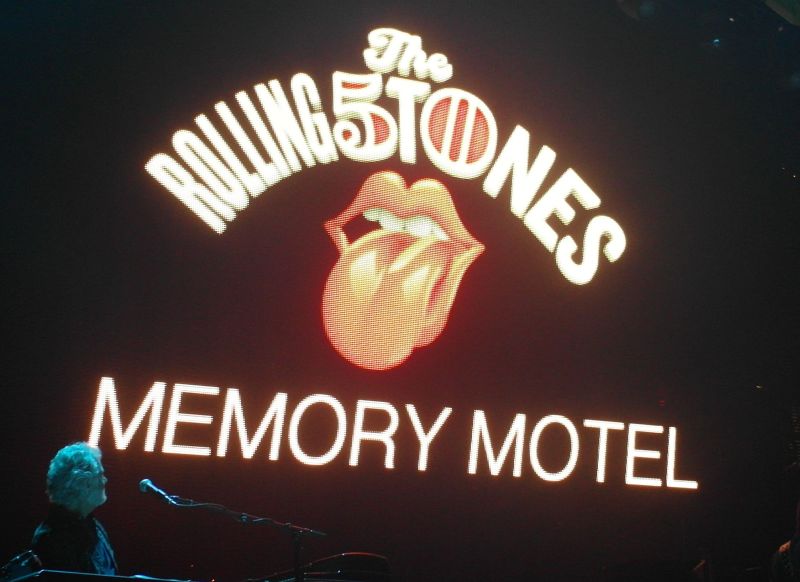 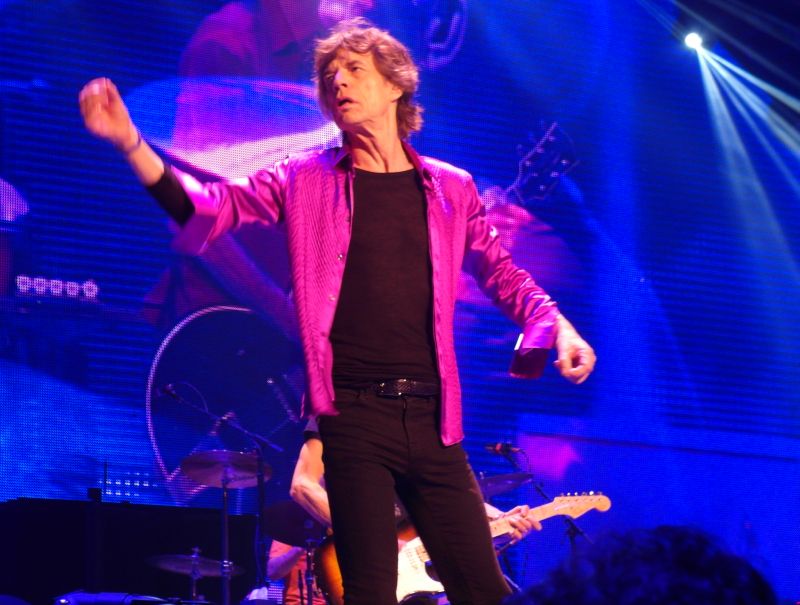 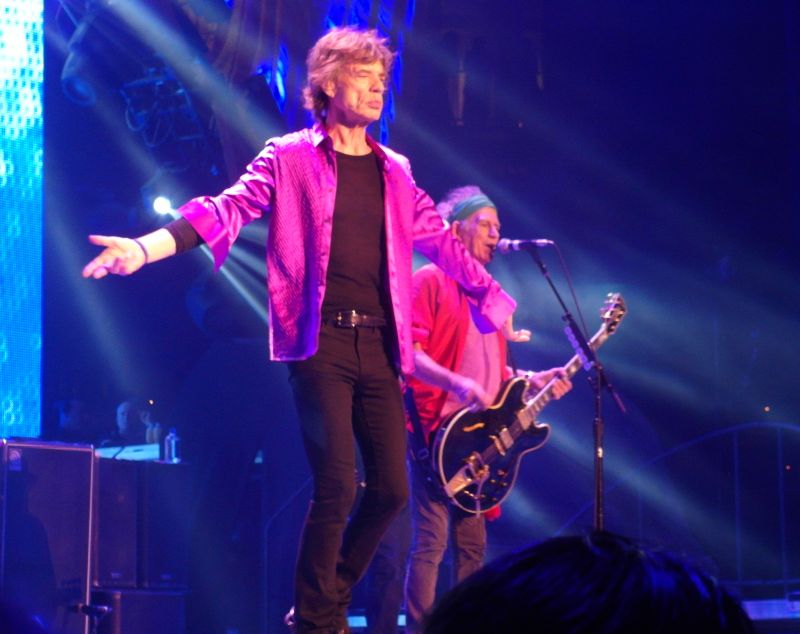 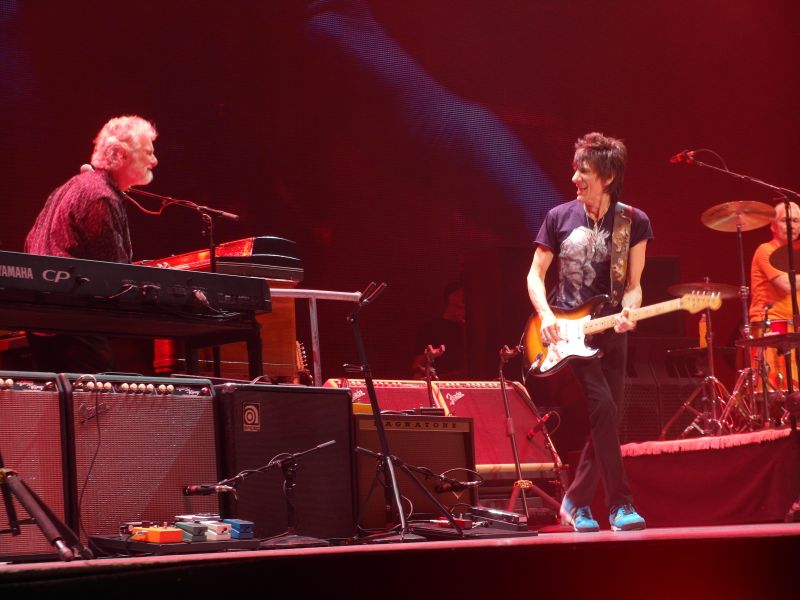 It was fair to declare that Wednesday's show was the best on this tour. In the same spirit, I would have to say tonight's show at Boston (TD) Garden was the least appealing I have seen so far this year. There were still some tremendous high points, and the fact there was no special guest was not critical. However, fans must now change their thinking that if we do not have a special guest, we get more Mick Taylor. Taylor appeared on Midnight Rambler and Satisfaction, short of the four songs he played on in Los Angeles when there was not a special guest, or Toronto when he was on three songs without the show having a special guest. Early on Mick Jagger said, "We're going to play a long show tonight--we may go into triple overtime." In fact, it was a standard twenty two song set despite Mick's reference to the Boston Bruin's triple overtime loss to the Chicago Blackhawks on Wednesday. And unlike each of the three shows in Chicago or Wednesday's show in Boston, Mick did not wave a number 50 Jagger home team jersey tonight.

Memory Motel was the social media voting choice, and it was absolutely beautiful. I had forgotten just how powerful this song is with Mick and Keith sharing lead vocals. Keith seemed especially strong on vocals throughout the night, and on this song his spine-tingling, "She got a mind of her own, and she use it well" parts were extremely well received with loud cheers from the Garden crowd. Mick departed from the style of the studio recording, enunciating the "...back up to Boston, I'm singing in a bar" lyrics perfectly to play to the Boston crowd. This was a very special several moments, with the sentiment of the song making it difficult to keep eyes dry.

When the Whip Comes Down was performed for the first time on the tour, and it did indeed rock, but was somewhat of a let down after Memory Motel. I give the band much credit for continuing to play Doom and Gloom and One More Shot, and just wish there was more new material. In keeping with his vocals being hot tonight, One More Shot nicely featured Keith's crooning. While both new songs are good, One More Shot and its classic Stones sound seems superior to Doom and Gloom after repeated listenings.

You Got the Silver continues to be a treat, mainly because it is refreshing to get a song with two acoustic guitars in the midst of all the loud and electric showmanship. Woody's slide is primal on this song, making it easy to imagine this song being played on a street corner. Keith followed You Got the Silver with Happy, which nicely moved along until the end when the band had somewhat of a sloppy crash landing. There seemed to be some nervousness and confusion, until Charlie took charge and rescued the conclusion with some authoritative drum work. Chuck Leavell, Darryl Jones, and Charlie all shared a big laugh when it was over. Midnight Rambler was also something to appreciate, as the middle part seemed to take on a life of its own with everyone from Mick Taylor to Mick Jagger taking just a bit more extra time with each rhythmic step until there was complete silence on stage, with just the crowd screaming. I did not have a clock on this one, but I would guess it was a longer version of Rambler than we are used to seeing.

If this were the only show you would see all tour, it certainly was up to standards and had enough unique moments for it to be special. The consistent excellence of the band makes it hard to judge one show being better than others, so that small things and a few song selections can be the deciding factor. Tonight I thought we could have seen more, with some combination of greater quantity and quality. 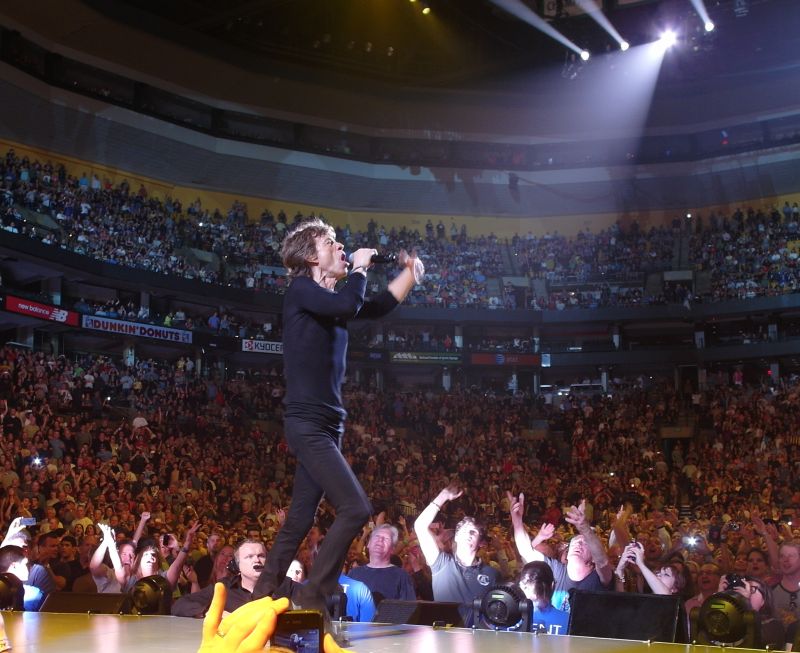 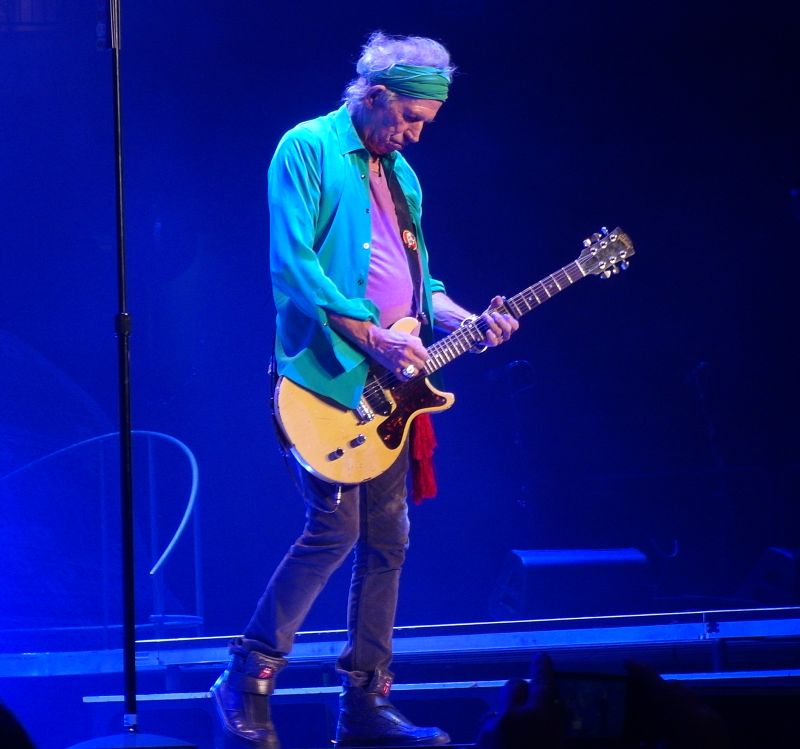 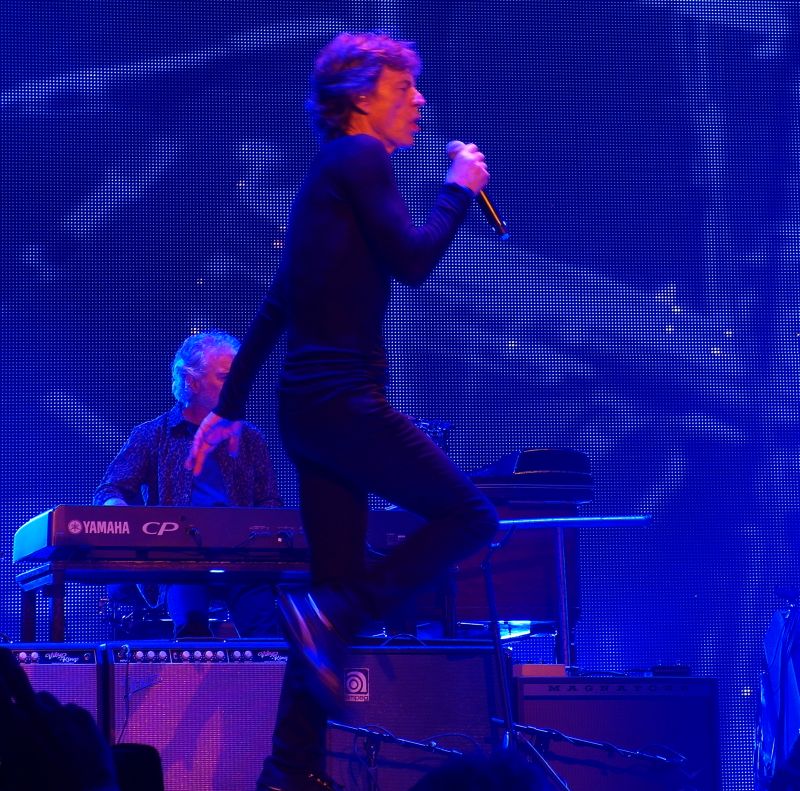 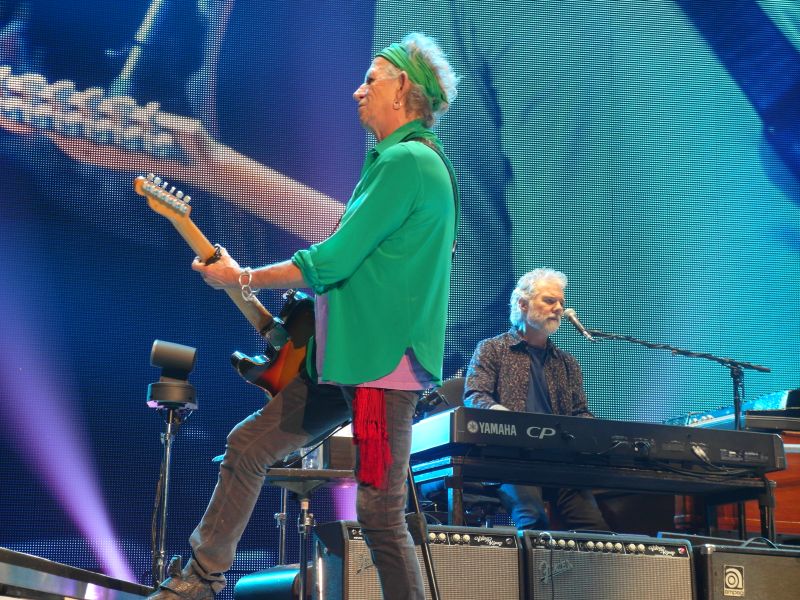 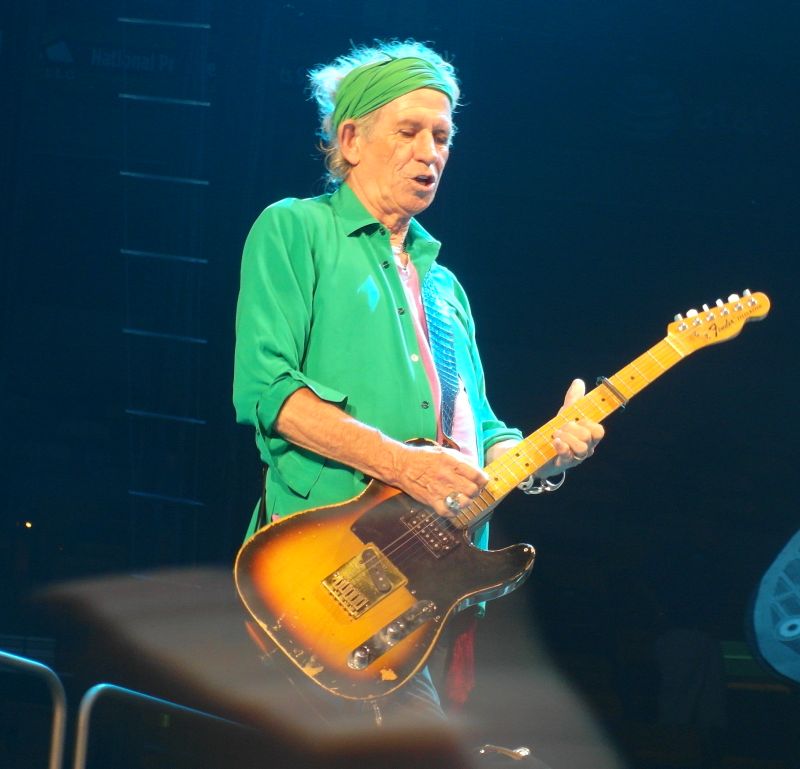 Tonight TOTALLY Rocked! Without a guest host (amen) to interrupt the flow, the show had the flavor of a "Stones" concert again. Memory Motel (which was the best performance I have seen - with Mick sans keyboards) and "Whip" gave this show a fresh feel. All Down The Line was a great lead in for these two great, great additions!

Mick was pumped thru out playing with Ronnie and throwing a water bottle at Charlie --- and yes even jostling with Keef!

The day of rest gave this show so much more texture and drive than Wednesday --- second night momentum! Lisa is always stronger without travel and she was absolute power start to finish. In fact the band was higher octane from start to finish. No getting in tune tonight. Maybe the Duck Tour that Mick was joking about was the ticket!

The crowd was soooo into this show. Of course Friday night in Boston provides added fuel.

With many a show behind me - I can say: This was the night to see in Boston and will be a difficult show to duplicate. 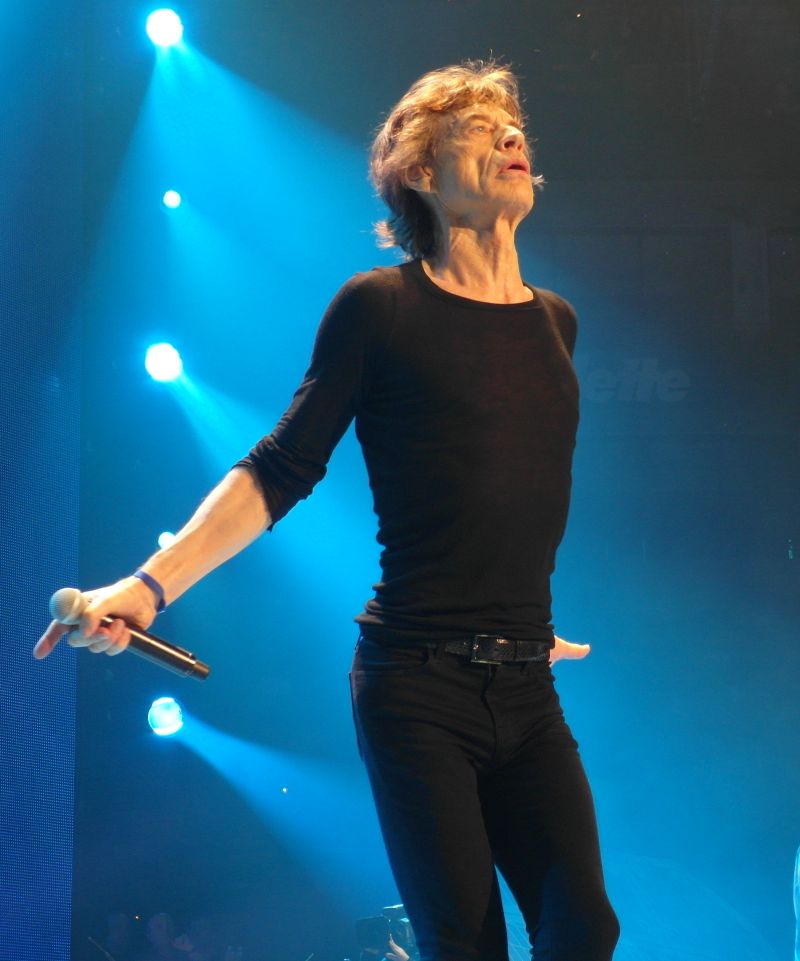 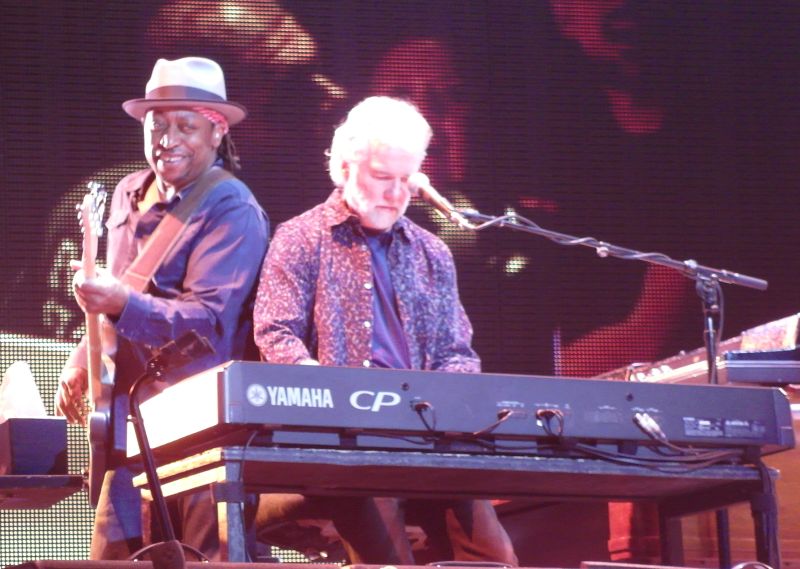 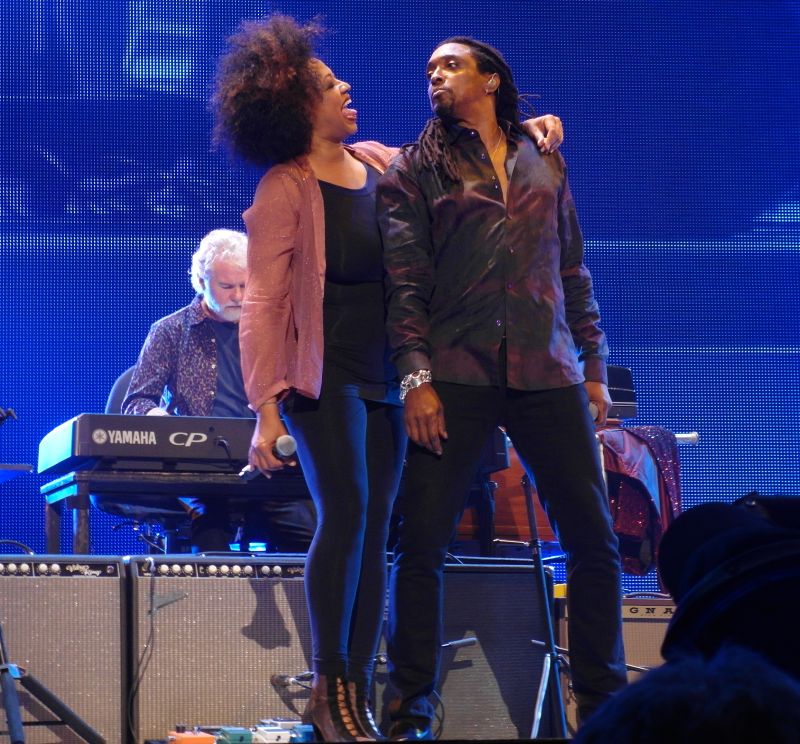 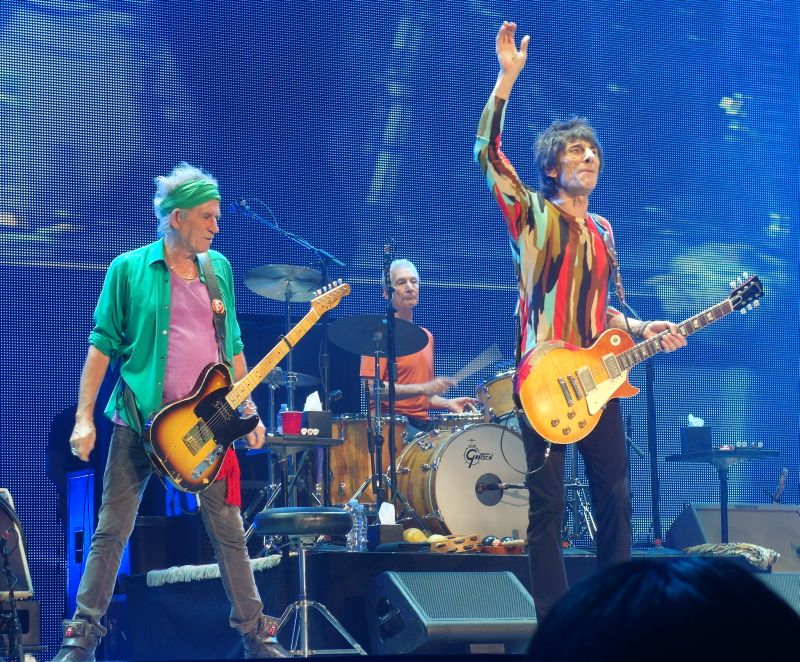 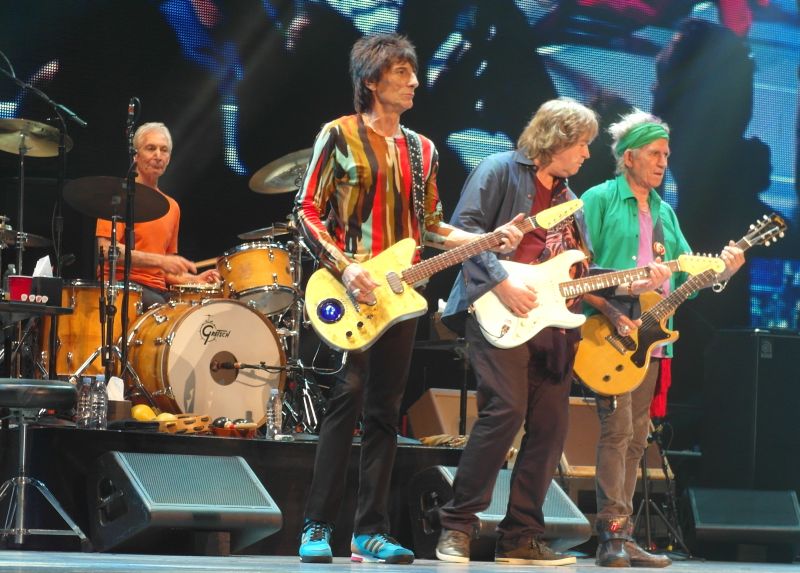 This was an amazing show. I had gone to Wednesdays show and loved it . My friend the maggot and I had gone to Newark in December and got side stage tickets and it is totally the best bargain in the house. The tounge stage makes it hard to getclose unless of course you get the pit. I was joking I should get a commission on tickets because I convinced 12 friends to get side stage and they all loved it. This was my 30th show. We reconnected with my oldest dearest friends that we have gone to many shows with, since the 81 tour. We commented how lucky we are to be able to follow the same band for 30 or 50 years. Our children will not be so lucky. This is what can make a show so special when you can party like rock stars before and after with your loved ones.

The first four songs kicked ass on Wednesday and then a lull with gary clark jr. But Friday there was no let up and they rocked out hard. I absolutely have been thrilled with emotional rescue. It takes you back to when you first heard it and said I 'd love to see them do this. All down the line was the best ever, and Memory Motel was a perfect Boston choice. People went nuts any time Keith opened his mouth. The crowd both nights was amazing. Excessive dancing and screaming in our sections and all over. The balcony was going apeshit. The ovations after every song were louder and longer than ever.It is like the best and most devoted stones fans attend this tour and go all out. The Stones are putting on amazing shows, not for 70 year olds, but for any age.

I focused in on Keith for 2 hours because you are thinking this is my last time hearing these awesome classics. Excellent versions of the warhorses, and I will never tire of them. I struggled to find a spot to go take a pee, thank God for Miss you. We got great interaction from Mick and Keith, with Keith flashing me a peace sign. It was like being blessed by the Pope. Three shows left in America, I call myself Maines biggest Stones fan. If you call yourself a Stones fan, and you are anywhere near Philly or D.C., get to that show. The side stage ticket is a good option. Thank you Stones for still being the worlds greatest rock and roll band 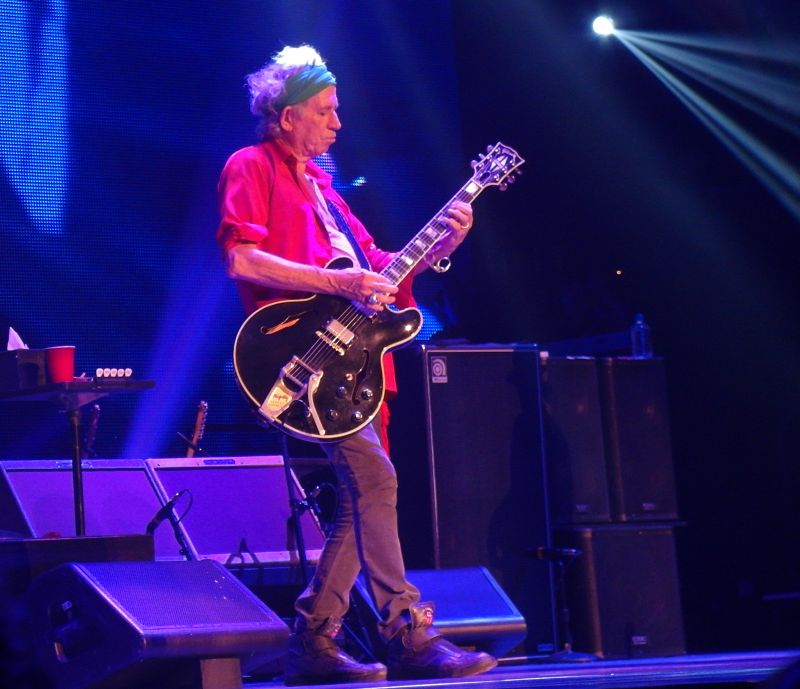 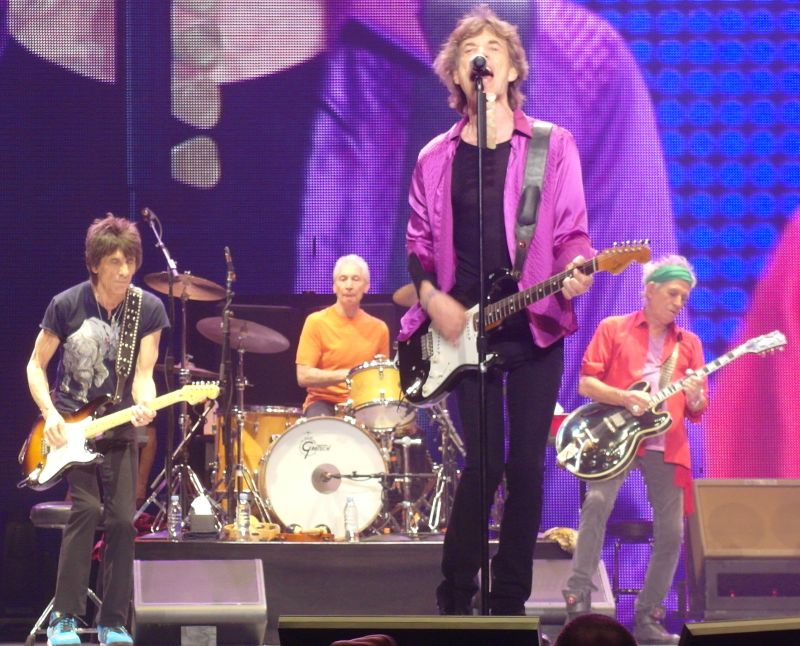 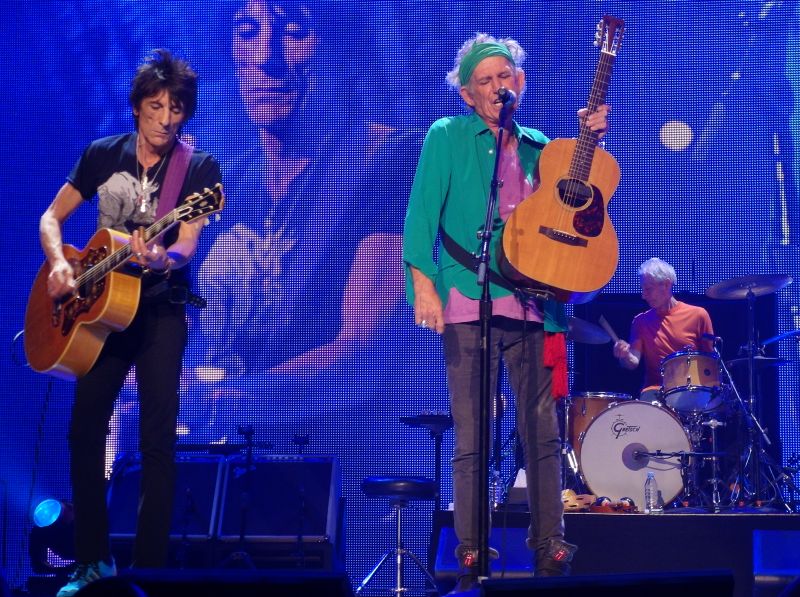 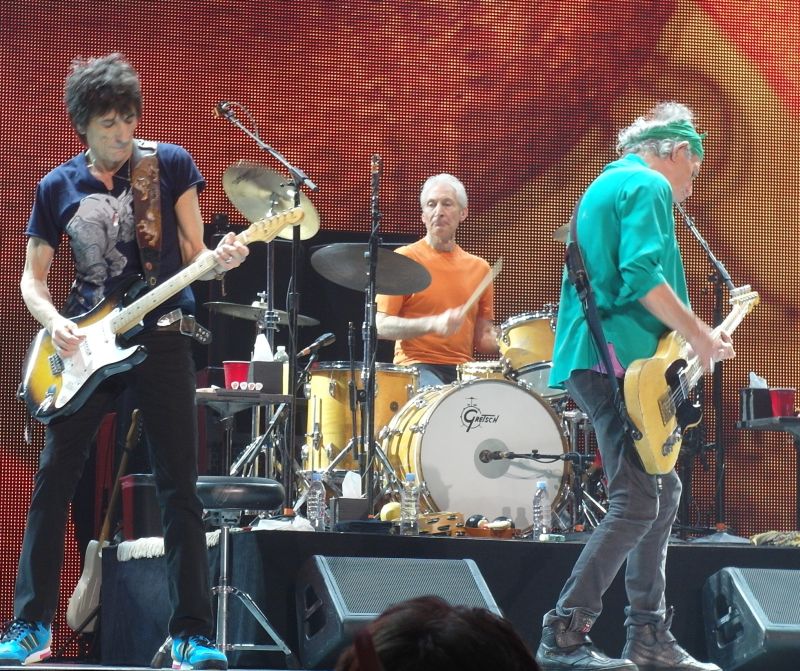 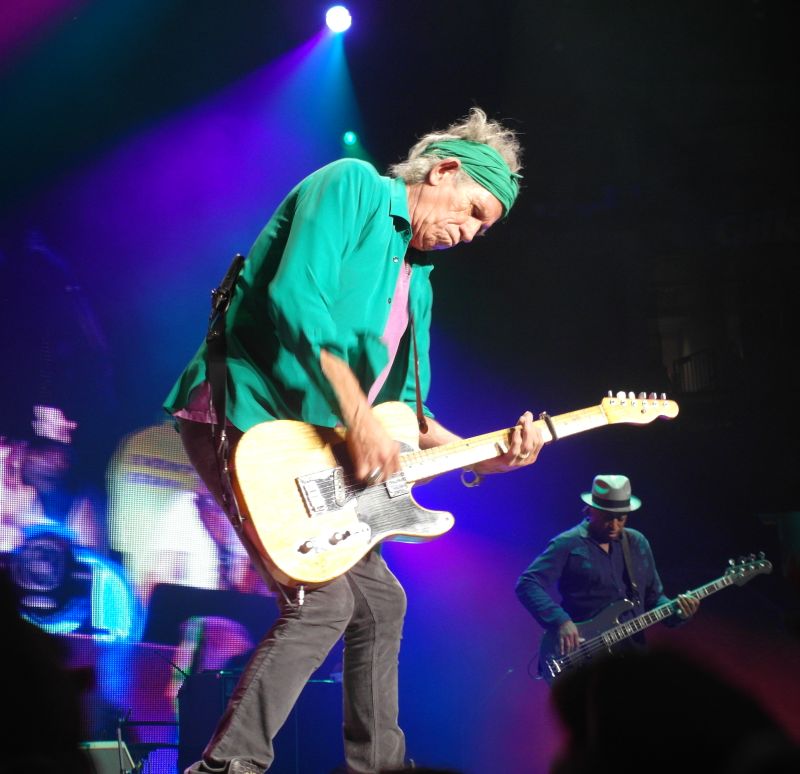 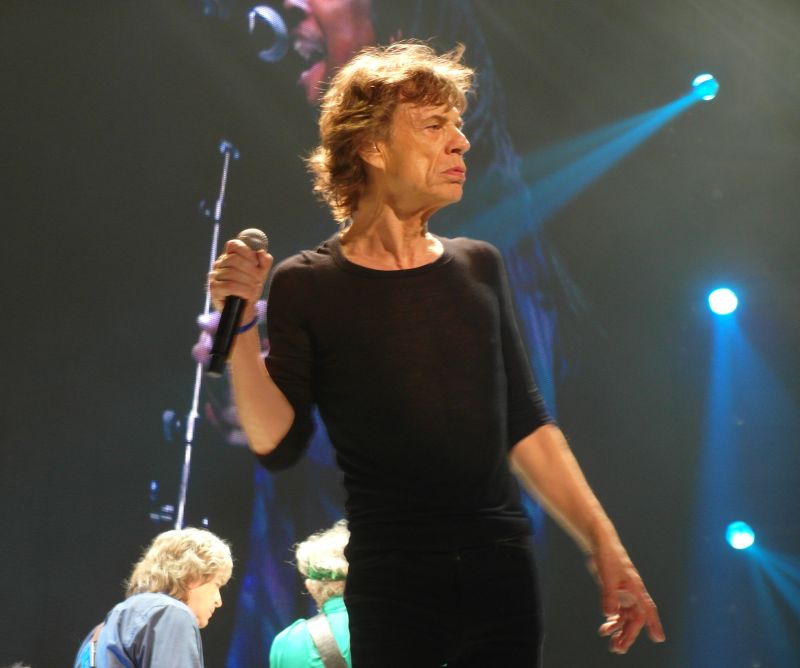 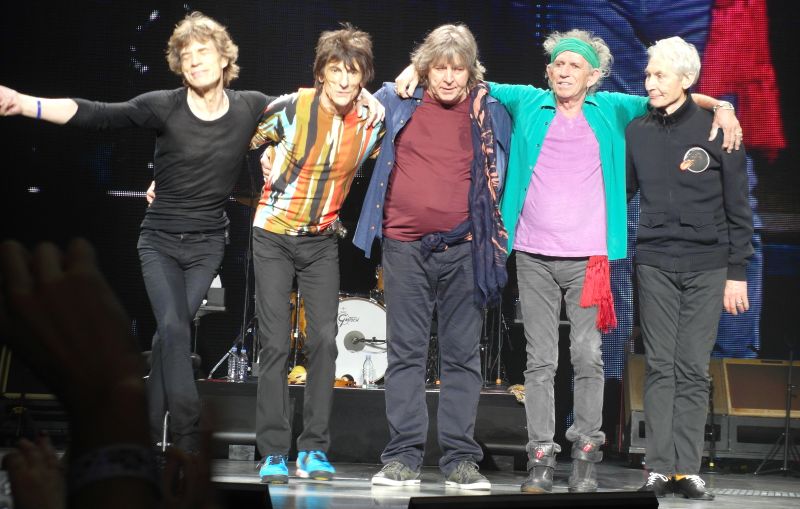 And then some Charlie Watts photos! 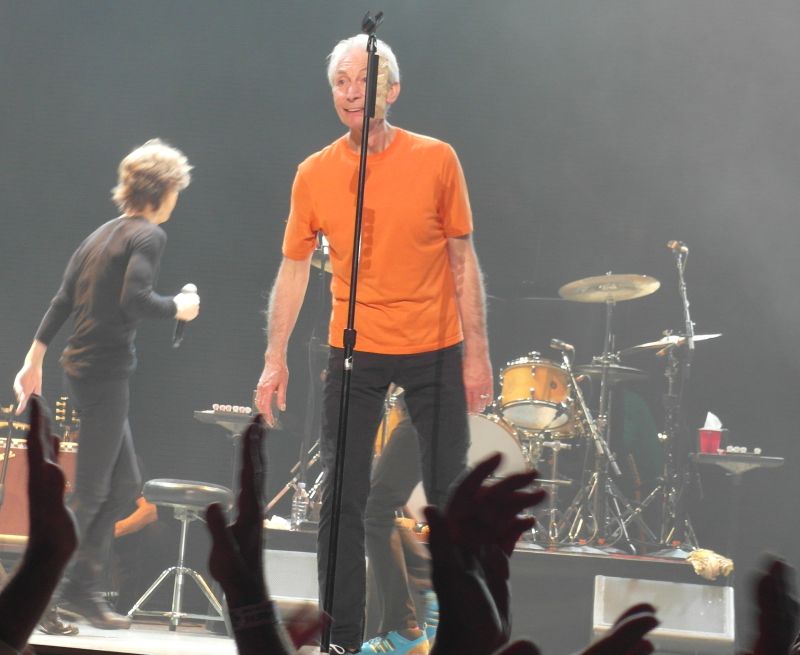 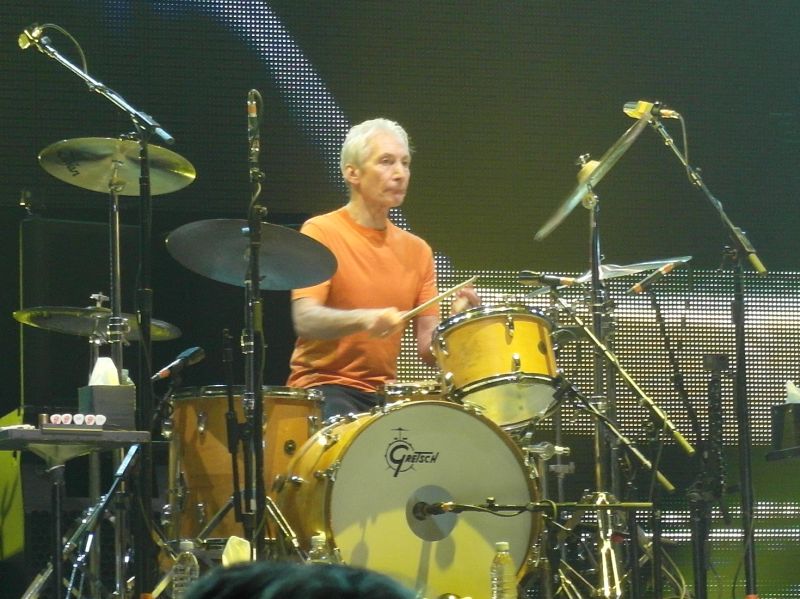 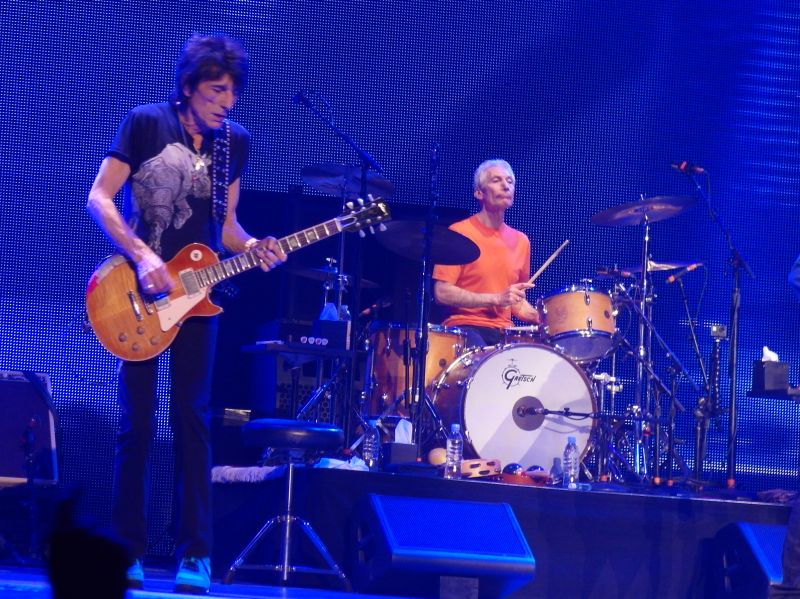 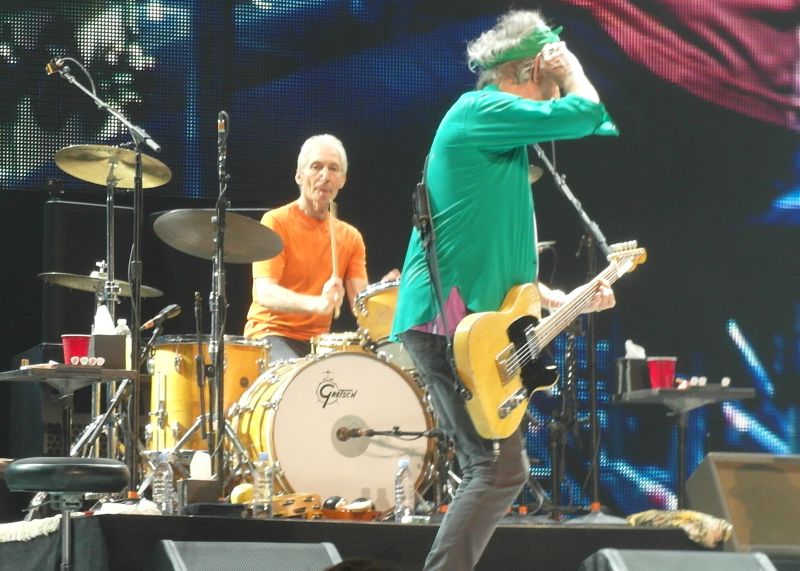