Goto Thread: Previous•Next
Goto: Forum List•Message List•New Topic•Search•Log In•***Print View
POST: Mick Taylor 2001 Tour Of The Americas Vol 12 - 24 August 2001 - CHICAGO ( bonus volume: merge of 2 sources)
Posted by: StonyRoad ()
Date: January 10, 2022 14:34
MICK TAYLOR
2001 Tour of the Americas
2nd August - 2nd September 2001
This series is dedicated to Mick Taylor's shows in USA and Mexico.
A big thank you to all the people who recorded these shows and who shared them and to my two accomplices nzb and Jaap (Stonesmuziekfan) who gave me the benefit of their versions of these shows and their advice and support ... and therefore without whom this project would not have been possible.

For this shows we have two different sources and fiddling around with them I discovered that the merge of both might be interesting.
I decided to post this merge here as an alternate version for this show.
Some segments (in particular the start and the end of the show) were only in one version, these parts couldn't be merged of course.
The covers are a variation from the ones of Volume 07.
As usual all the infos are taken from The Mick Taylor Complete Works Database by Nico Zentgraf: [www.nzentgraf.de] 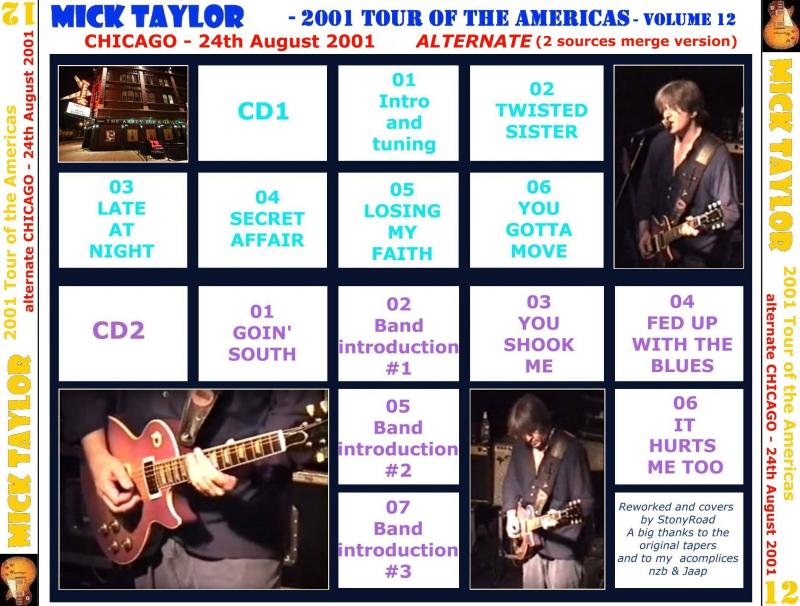 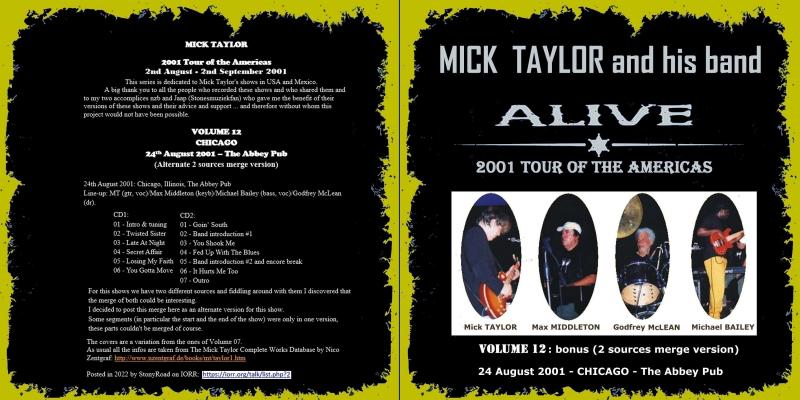