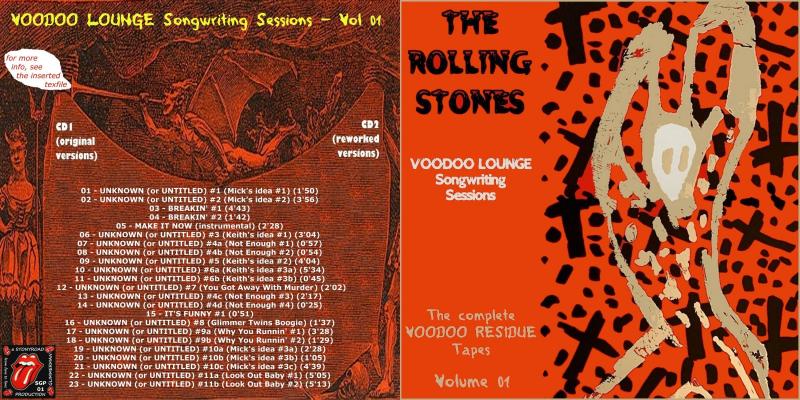 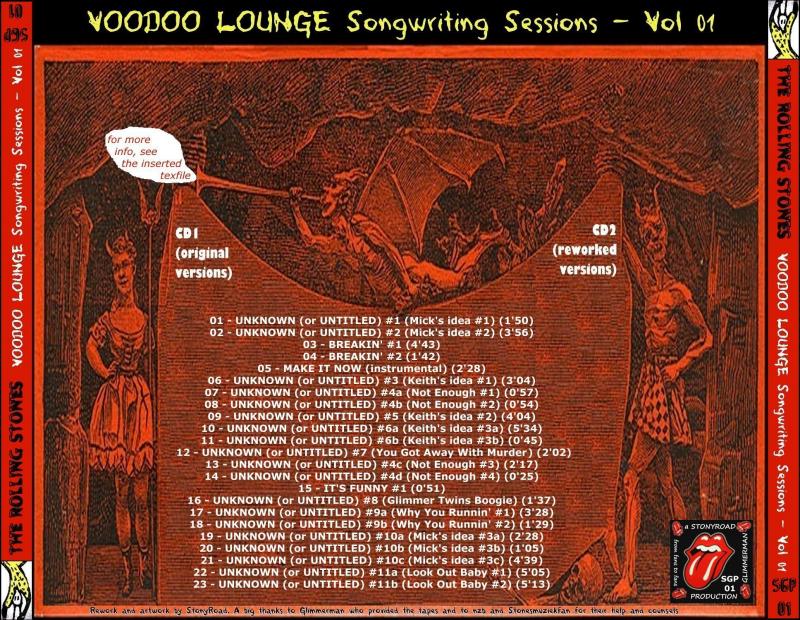 next volume on sunday

but am i being dense? can't see a dl link
Options: Reply To This Message•Quote This Message
Re: POST: Voodoo Lounge Songwriting Sessions - Vol 01 (StonyRoad/Glimmerman SGP 01)
Posted by: StonyRoad ()
Date: September 10, 2021 15:27

but am i being dense? can't see a dl link

Sorry, It seems that after these holidays I had lost the habit!
Options: Reply To This Message•Quote This Message
Re: POST: Voodoo Lounge Songwriting Sessions - Vol 01 (StonyRoad/Glimmerman SGP 01)
Posted by: gotdablouse ()
Date: September 10, 2021 15:39
Wow this looks amazing, thanks for sharing !

"what Keith Richards describes as vowel movement"... Ah funny one!

--------------
IORR Links : Essential Studio Outtakes CDs : Audio - History of Rarest Outtakes : Audio
Options: Reply To This Message•Quote This Message
Re: POST: Voodoo Lounge Songwriting Sessions - Vol 01 (StonyRoad/Glimmerman SGP 01)
Posted by: glimmerman ()
Date: September 10, 2021 19:40
Many thanks to the StonyRoad Team for their many hours of archaeological work to bring these fully unfinished tracks to the community.

I remember noting in the original Voodoo Residue liner notes that these snippets suggest that most of the band's publishing should read "Jagger/Richard/Watts".

Have a great weekend everyone!
Options: Reply To This Message•Quote This Message
Re: POST: Voodoo Lounge Songwriting Sessions - Vol 01 (StonyRoad/Glimmerman SGP 01)
Posted by: BlueTurns2Grey ()
Date: September 10, 2021 20:01
A great new project. Many thanks to everyone involved, specially to Glimmerman, Jaap, Nico and Norbert.

Options: Reply To This Message•Quote This Message
Re: POST: Voodoo Lounge Songwriting Sessions - Vol 01 (StonyRoad/Glimmerman SGP 01)
Posted by: Quique-stone ()
Date: September 10, 2021 22:28
Thanks a lot to Glimmerman for your generosity and for sharing your tapes with all of us, to Norbert for your hard and amazing work and everybody involved in this fantastic project!