Our versions were coming from the same recording, but for one time our version (lossless) is better as nzb’s one (that seems to be lossy).
I rebalanced the channels (+10% to the left) on CD1 and “Goin’ South” and amplified the sound a little bit.
I deleted a little noise on “Secret Affair” at 8’14 and in some silent parts.
It’s a very good mono recording a great way to close this mini-series and as Mick Taylor says at the end of “You Gotta Move” …“see you in the next century”… in fact it became 2009. 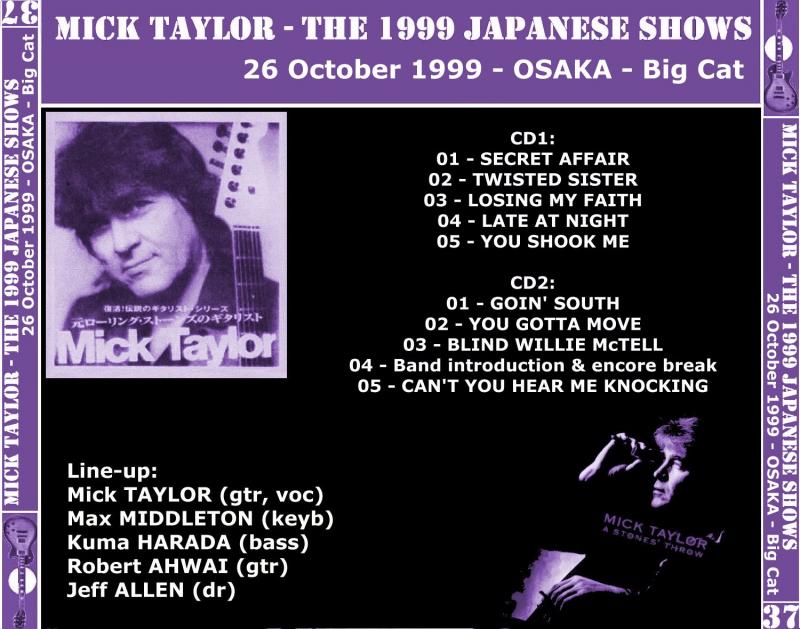 Posted in 2021 by StonyRoad at IORR [iorr.org]
link valid until 20/01/21
[we.tl]
this is the last show from this short series
Something different will be post on saturday