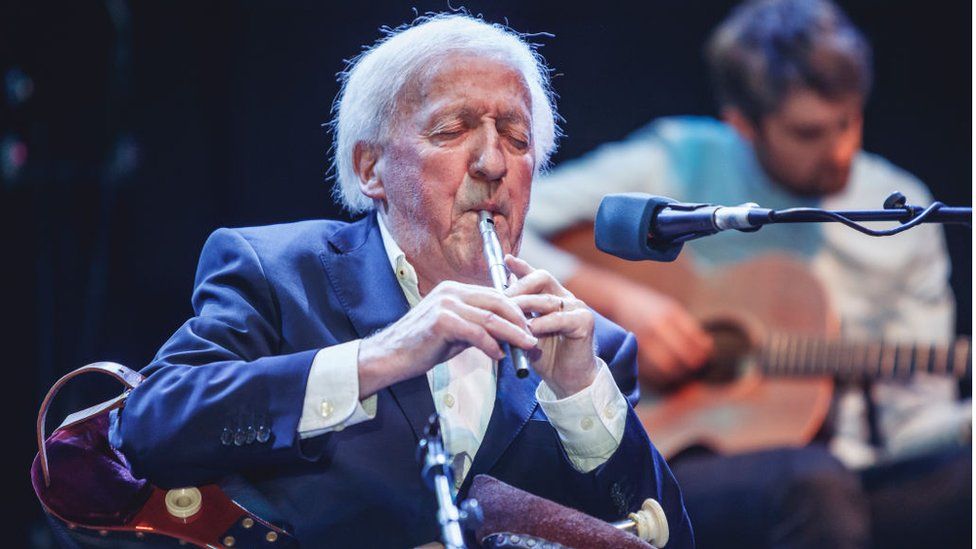 I can imagine that he was a really nice guy, as most people are, who come from the Ireland of Ireland.

Sad to hear of Paddy
Moloney’s passing -
the greatest uilleann
piper on the planet.

One of the greatest ever examples of Paddy Moloney's musical prowess can be heard on Mick Jagger's recording of Party Doll on the Primitive Cool album. The uileann pipe solo played by Paddy on that track could make the hardest heart melt.

God Bless you Paddy. Thank you for the music.