Goto Thread: Previous•Next
Goto: Forum List•Message List•New Topic•Search•Log In•***Print View
OT: Patti Smith, Royal Albert Hall, 4 and 5 October - song for Charlie
Posted by: Beast ()
Date: October 5, 2021 17:03
Last night I saw the fabulous and inimitable Patti Smith at the Royal Albert Hall. The gig was postponed since I can't remember when, but it was my first concert since February 2020. It lived up to expectations and more. Patti is more than ever loved and adored by her audience, who included loads of young people obviously familiar with her songs.

It was great that they played I'm Free in memory of Charlie - and the last song in the final encore was Not Fade Away (though rightly dubbed as a Crickets cover).

The newspaper reviews this morning were absolutely glowing. Here's one five-star one that's not behind a paywall (will see later if I can access some others to post):

I'm off for a second dose of her tonight at the same venue and can't wait!


Maybe someone with access might be kind enough to copy these reviews for us all to read. I like the header to the first one - "An inspiring battle-hardened punk at 74".

(Just kidding!)
Options: Reply To This Message•Quote This Message
Re: OT: Patti Smith, Royal Albert Hall, 4 and 5 October - song for Charlie
Posted by: Beast ()
Date: October 6, 2021 20:56
Well, Patti eclipsed herself on her second show at the RAH last night. She varied the setlist to great effect and didn't repeat any of the same anecdotes or lines. It was the first time for me to hear her do My Generation - and she broke all her guitar strings in the process.

More five-star reviews, this time from the Guardian and the i newspaper, which said she was "still the world's most charismatic rock star", The first night's reviews gave her 5 stars, but the second night was easily worthy of 10.

[inews.co.uk]
Options: Reply To This Message•Quote This Message
Re: OT: Patti Smith, Royal Albert Hall, 4 and 5 October - song for Charlie
Posted by: crawdaddy ()
Date: October 7, 2021 14:08
So glad you enjoyed both of the gigs Beast.

Thanks for posting the reviews which are really great for Patti.

I guess that last gig in February 2020 was Pete and Roger at Kingston.

I've been lucky enough to have seen quite a few great local pub gigs since then, and Imelda May at Pryzm, Kingston a couple of weeks ago which was great.
Got tix for Manic Street Preachers acoustic gig at same venue October 20th.
Only £15 with the new CD as well.
Looking forward to that one. 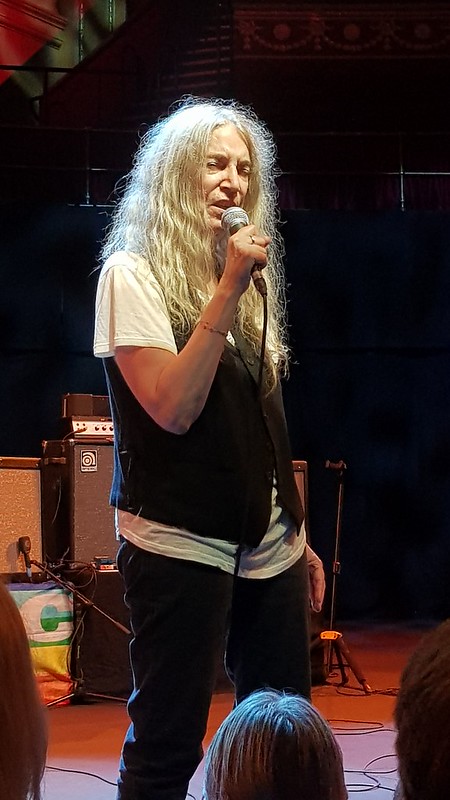 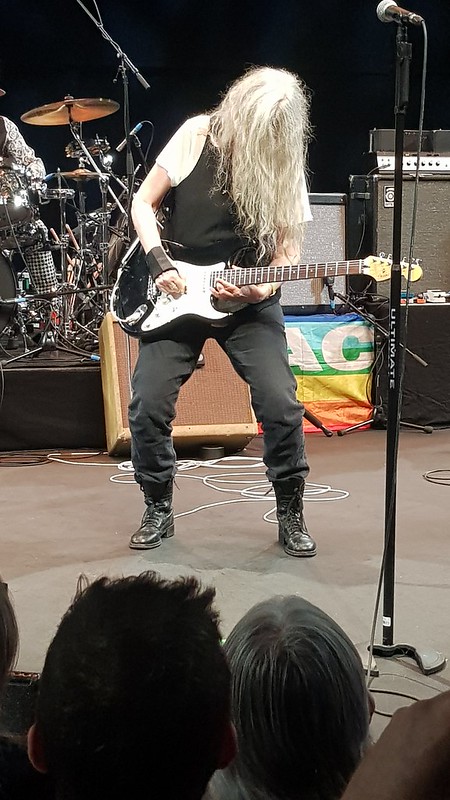 I've seen a few gigs from up there including The Cream reunion gigs on one of the nights.

Great view if you get in the right position and excellent sound.

Options: Reply To This Message•Quote This Message
Re: OT: Patti Smith, Royal Albert Hall, 4 and 5 October - song for Charlie
Posted by: KSIE ()
Date: October 7, 2021 20:58
Great pix; thanks for sharing. Patti is the shnizzles!