Charlie Watts Dies at 80
Posted by: bv ()
Date: August 24, 2021 21:20
Drummer Charlie Watts, whose adept, powerful skin work propelled the Rolling Stones for more than half a century, died in London on Tuesday morning August 24, according to his spokesperson. No cause of death was cited; he was 80.

Why are they touring without Charlie? 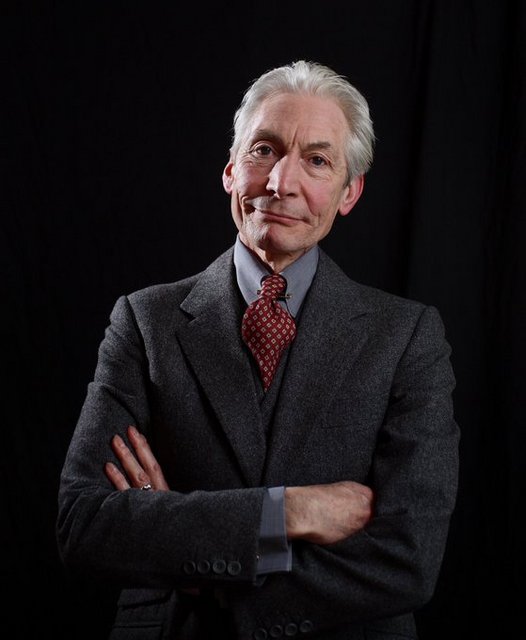 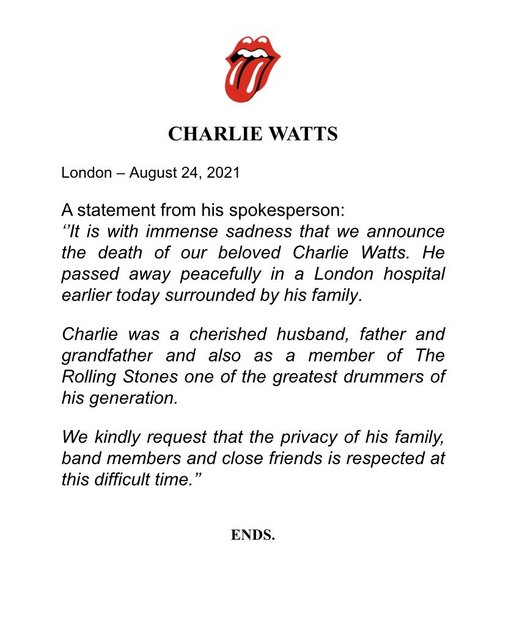 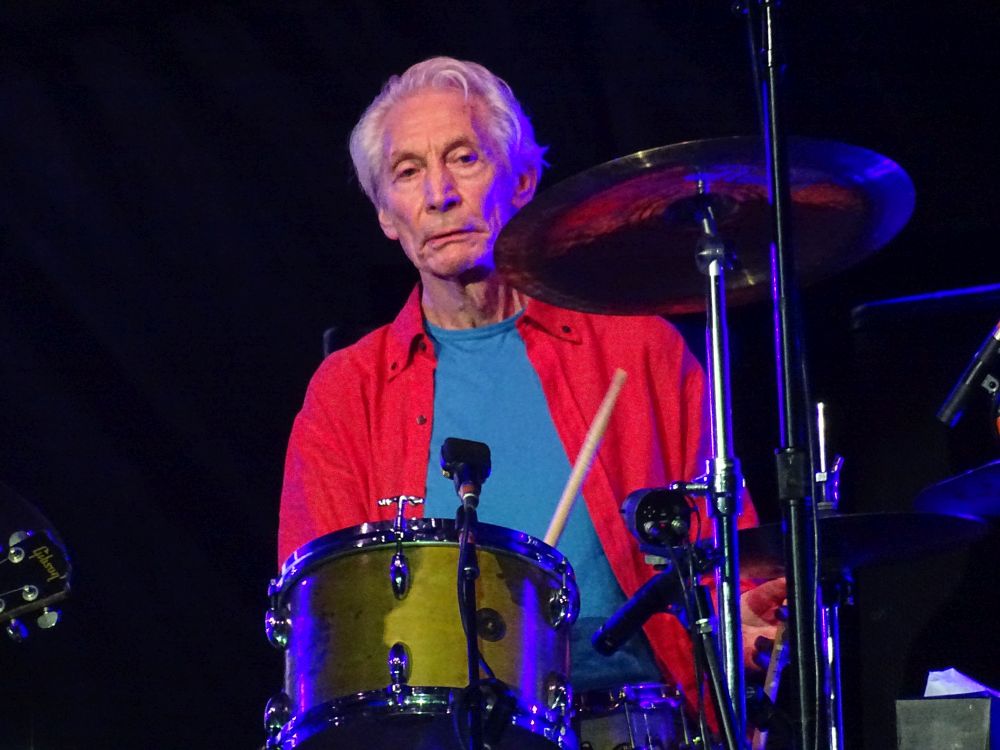 "Well my heavy throbbers itchin' just to lay a solid rhythm down"
Re: Charlie Watts Passes
Posted by: Room1009 ()
Date: August 24, 2021 19:43
So sad, yet so grateful. What a life, what a contribution. RIP Charlie and sincere condolences to your family and friends. The rest of us will miss, mourn and celebrate what you gave us.
Re: Charlie Watts Passes
Posted by: bye bye johnny ()
Date: August 24, 2021 19:44

Edited 1 time(s). Last edit at 2021-08-25 15:34 by marcovandereijk.
Goto: Forum List•Message List•Search•Log In
Sorry, only registered users may post in this forum.
Click here to login