Quote
wolundamo
Is it possible to get there by bicycle?

Depends on the type of acid you drop.[/quote]

Quote
keefmick
For those familiar with Atlanta, is mass transit/Marta a viable option to and from the show so don't need hotel walking distance from the Stadium? I may make a weekend out of the trip to Atlanta and can't get a hotel within walking distance to the stadium at this time. Thanks!

Yes, Atlanta has a pretty good rail/subway system called MARTA. You can lodge near the airport and ride MARTA to the stadium.

Quote
steffialicia
What kind of area is the Georgia Tech Hotel in? I was told it's a 2.3 mile walk each way. Is this a relatively safe area?

This would have been a great location for the 2015 show at Grant Field. I would say the area is relatively safe (except homeless wanting money). I would go with a group though. Just your usual urban canyons to walk through. Also, there may not be sidewalks all the way.

A better choice would be down around the Omni/CNN Center area, if possible. The airport area remains an option, too.

Quote
steffialicia
What kind of area is the Georgia Tech Hotel in? I was told it's a 2.3 mile walk each way. Is this a relatively safe area?

This would have been a great location for the 2015 show at Grant Field. I would say the area is relatively safe (except homeless wanting money). I would go with a group though. Just your usual urban canyons to walk through. Also, there may not be sidewalks all the way.

A better choice would be down around the Omni/CNN Center area, if possible. The airport area remains an option, too.

Maybe Mongoose could offer some suggestions.

Quote
keefmick
Steffialicia--I am right there with you. Planning on Charlotte and Tampa. I am double vax for awhile now but with this surge of Delta I am thinking twice about it. Supposedly with vax pretty safe and I gotta believe this will be last time to see the boys in the USA so I am still leaning towards going but will definitely see how this all shakes out in next couple months. A lot can change in that time period, hopefully for the better.

I've got my Tampa ticket already. Since it's outdoors, I feel somewhat better although I'll be wearing a mask.
Options: Reply To This Message•Quote This Message
Re: Atlanta, GA USA 2021 - Stones travel and show info
Posted by: tonyc ()
Date: July 26, 2021 17:58
Atlanta has a retractable roof. It could be possible they open it if the weather is perfect.

Quote
Sockers56
Is $144 per ticket reasonable for rear GA for Atlanta?

Finally we were able to book flights to Atlanta from Europe !

I was surprised that I couldn't find PIT Tickets for this show for the last days.
Everything else is wide open.

Has anyone of you seen any official Pit on ticketmaster lately ?

An IORRer bought it and Stubhub didn't get to gouge anybody on this one.

****
I'm down in Virginia
with your Cousin Lou.

Can someone from the US post it here? Thanks in advance!

the greatest rock and roll band in the world - definitely
Options: Reply To This Message•Quote This Message
Re: Atlanta, GA USA 2021 - Stones travel and show info
Posted by: MisterDDDD ()
Date: November 2, 2021 16:41
Chuck Leavell, Georgia’s own Rolling Stone, at the Benz, with the Lads

By Bo Emerson, The Atlanta Journal-Constitution

“Charlie Watts would never want to be the reason this band would stop, I can tell you that.”

Chuck Leavell is sitting in front of the windows at his Charlane Plantation home outside Macon as the dogs bark to be let in and out.

He is on a brief furlough from the No Filter Tour, which began its last leg in October after the sudden death of drummer Charlie Watts, the dapper, driving wheel behind the World’s Greatest Rock and Roll Band. The tour arrives at the Mercedes-Benz Stadium Nov. 11. 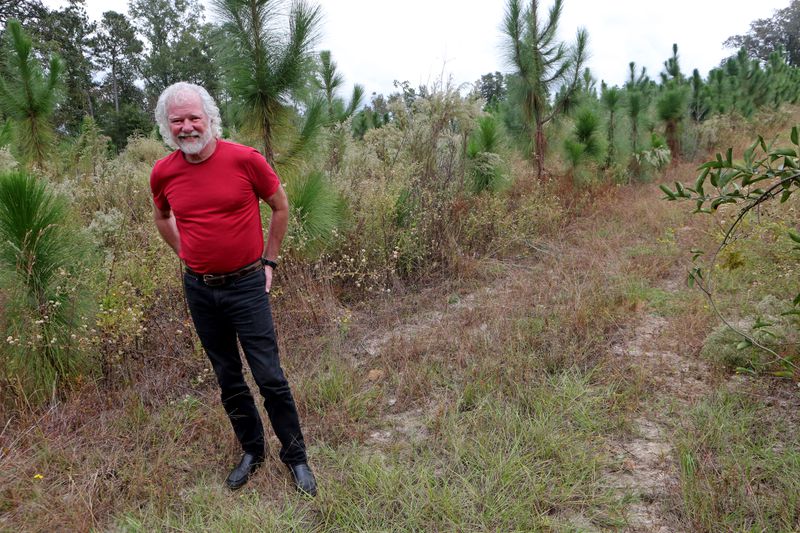 As the de facto music director of the band during the last 40 years of touring, Leavell not only handled keyboard duties, he frequently took charge of the music on stage, as a sort of conductor.

In performance he kept in eye contact with Charlie, since any signal by the music director has to be telegraphed by the drummer. They had a unique relationship and the loss hits him hard. After getting the news, he said, “I had to hide my face several times at the airport.”

But the show goes on, with long-time collaborator Steve Jordan on drums. Jordan, who played on Keith Richards’ solo projects, had already been tapped for this leg of the tour, because of concerns about Watts’ health.

During a Zoom interview from his Twiggs County home, Leavell took time to talk about life after Charlie, about auditioning for the Stones and growing trees in middle Georgia.

“We all are still pining and sad over the loss of Charlie. We knew that he was ill; we knew that he was not going to be able to make this tour, and he had already given Steve Jordan his blessing to do that. Actually we all expected a full recovery over time. So when the news came, I was in a car halfway to the airport to start rehearsals. I saw the email and it was just devastating. I had to hide my face several times in the airport, thinking of him and getting emotional. We miss him very much.” 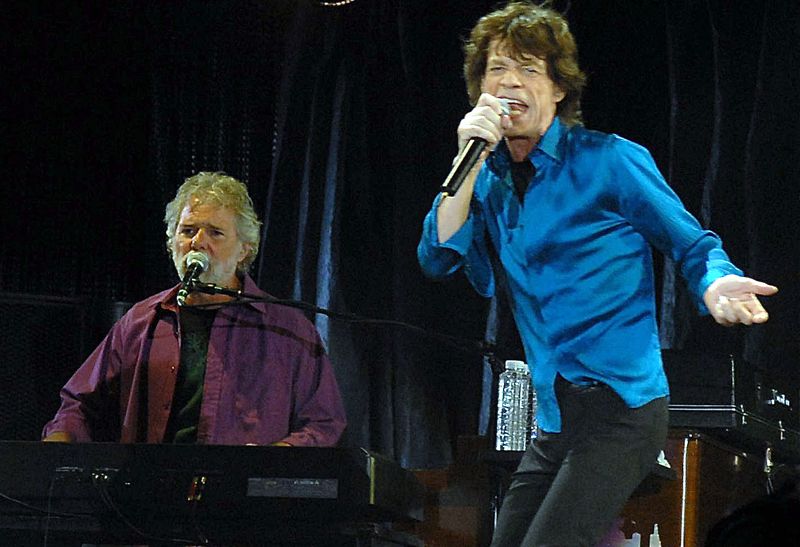 “But you know Charlie Watts would never want to be the reason this band would stop, I can tell you that. We took a day or two to talk about Charlie and share some stories and grieve. And then carry on. And that’s what we’ve done. We honor Charlie, and celebrate him at every show.”

“He’s been part of the Stones family, so he was definitely the logical choice. You know Steve is a fantastic drummer. He has a slightly more aggressive style of drumming. We’re adjusting to him, and he’s adjusting to us, but it’s really, really working out well. He studied, and he studied hard.” 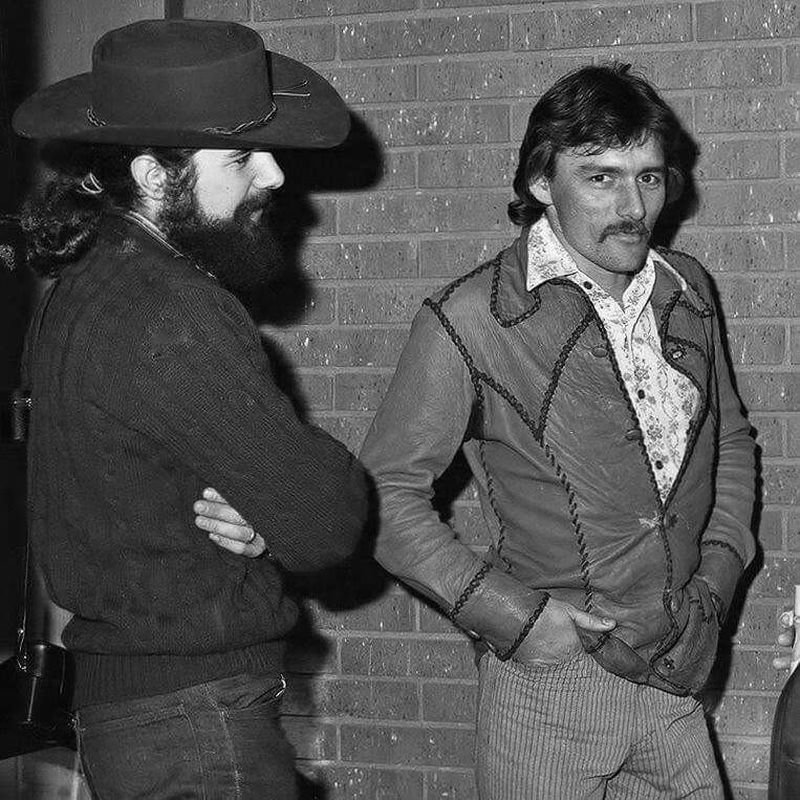 After a seven-year absence from the road, the Rolling Stones started practicing for the 1989 Steel Wheels tour.

“In 1982 every night was the same set. So I made the point: ‘Hey guys, you’ve got a deep well of material and we need to explore that. We need to bring some deep tracks into the set.’ And they all agreed, so I began taking these notes every time we would work up a song we hadn’t played in a long time, or the band hadn’t played in a long time. I would chart out the song by hand, make any notes if we changed the arrangement for any reason. Were there horns on it? What were the horn parts? Were there background vocals? What were they? And so forth. . . That has gone throughout my whole career, almost 40 years, with the band. So now I have these two encyclopedic notebooks with my handwritten notes in there. So we use that as a reference from time to time.” Other band members rely on him during rehearsals: “Chuck knows the bridge? What was the key? Where’s the solo Chuck? I began to be the go-to guy for those issues. And then, it began to translate into the stage, especially when Charlie was alive.

“Hopefully I help to keep the train on the tracks. But look, this is the Rolling Stones, and you can expect a derailment every now and then.”

Giving up on a music career:

In 1981 his band Sea Level had ended, his trio wasn’t getting any traction and at the same time, Chuck’s wife Rose Lane had inherited land from her family that Chuck wanted to turn into a tree farm. He was turning 30 the next year and ready to call it quits.

“I came home one afternoon and I just wanted to vent to my wife Rose Lane. And I said ‘Rosie, you know I’m never going to stop music but the phone’s not ringing for sessions, this little trio‘s not going anywhere, and I’m really interested in the land and what we’re doing, so maybe I should just focus on that.’

“She listened very intently and patiently and finally she said ‘Well Chuck, guess what? The Rolling Stones called you today.’”

Down on the farm, risking his valuable fingers with a chain saw:

During this brief break in the tour Leavell repaired to his 4,000-acre tree farm, a setting that makes an appearance in the recent documentary, “Chuck Leavell: The Tree Man,” which is streaming on Hulu and Amazon Prime.

“It’s so great to be out in the country. I took a nice ride around on my four-wheeler yesterday to check out all the territory.”

People ask me, ‘does Lloyds of London insure your hands?’ No man! You know, common sense insures my hands. I love the physical work. I’m never going to give that up.

About his environmental work (and a certain immortal guitarist):

Quote
keefmick
I just read that the roof at Mercedes Stadium is sometimes open and sometimes closed. Is it likely to be closed for Stones given that it’s November and chilly?

I would think closed. The early forecast for next Thursday is Mostly Cloudy High 68 Low 53.
Options: Reply To This Message•Quote This Message
Re: Atlanta, GA USA 2021 - Stones travel and show info
Posted by: tonyc ()
Date: November 4, 2021 15:40
My friend bought both tickets about three weeks ago in exchange for me doing the transportation. I'm surprised ticket prices have been increasing since then. If Ticketmaster is to be believed this could be close to a sellout.

edit: This was in response to RSbestbandever inquiry re: buying outside the site