Rolling Stones Live In The Meadowlands 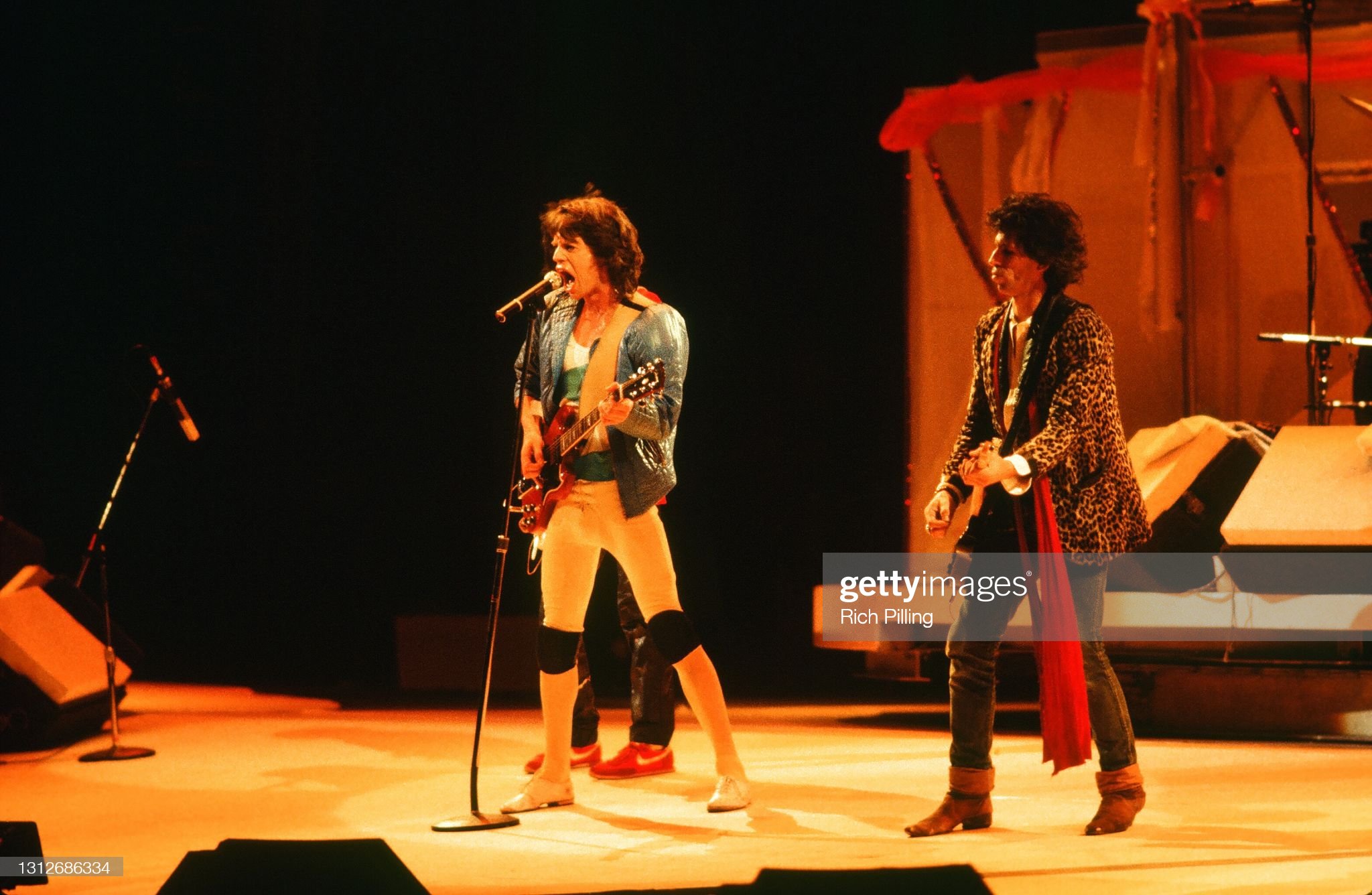 The Rolling Stones perform at The Meadowlands on November 5, 1981 in East Rutherford, New Jersey.
photos by Rich Pilling 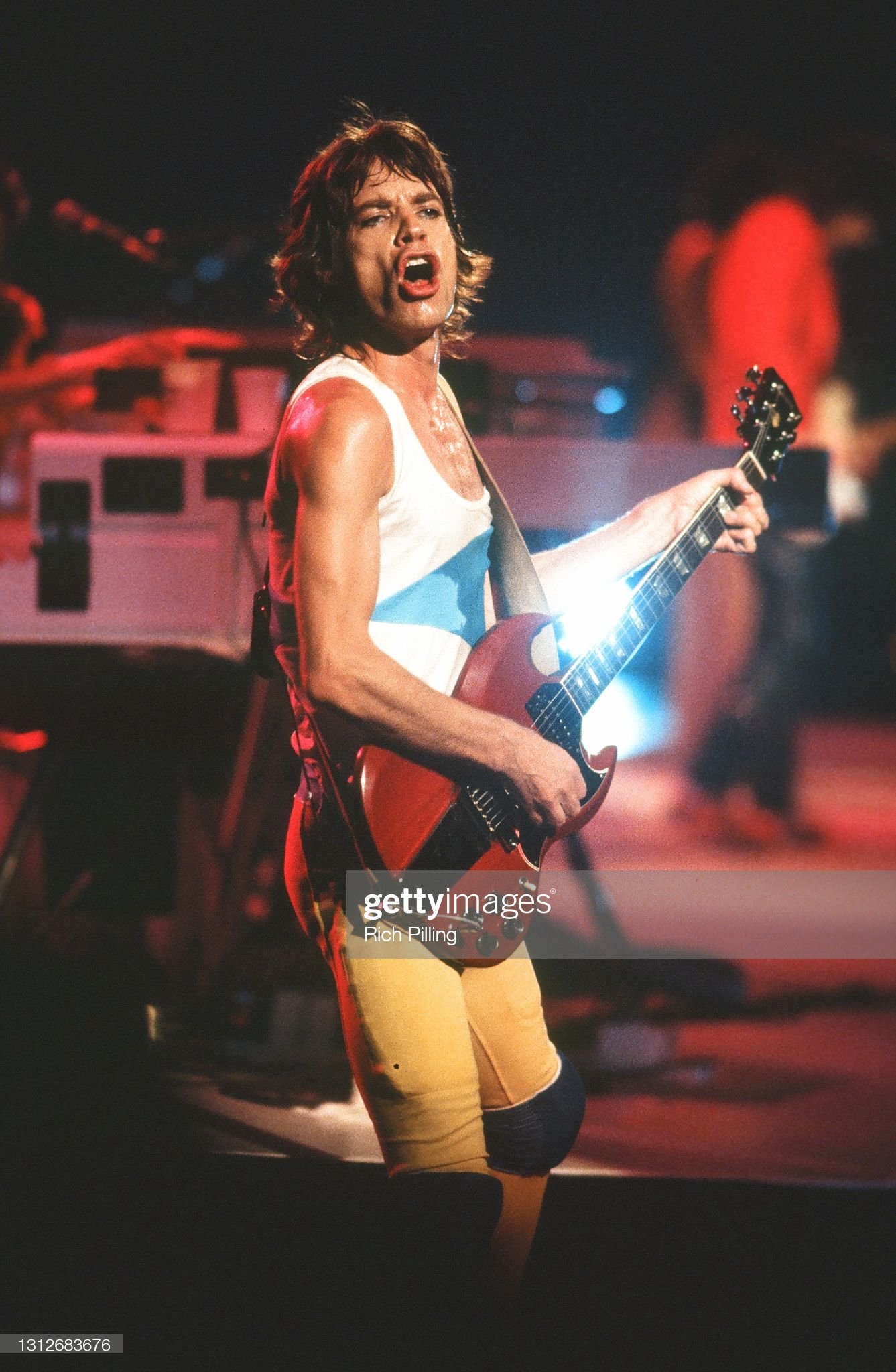 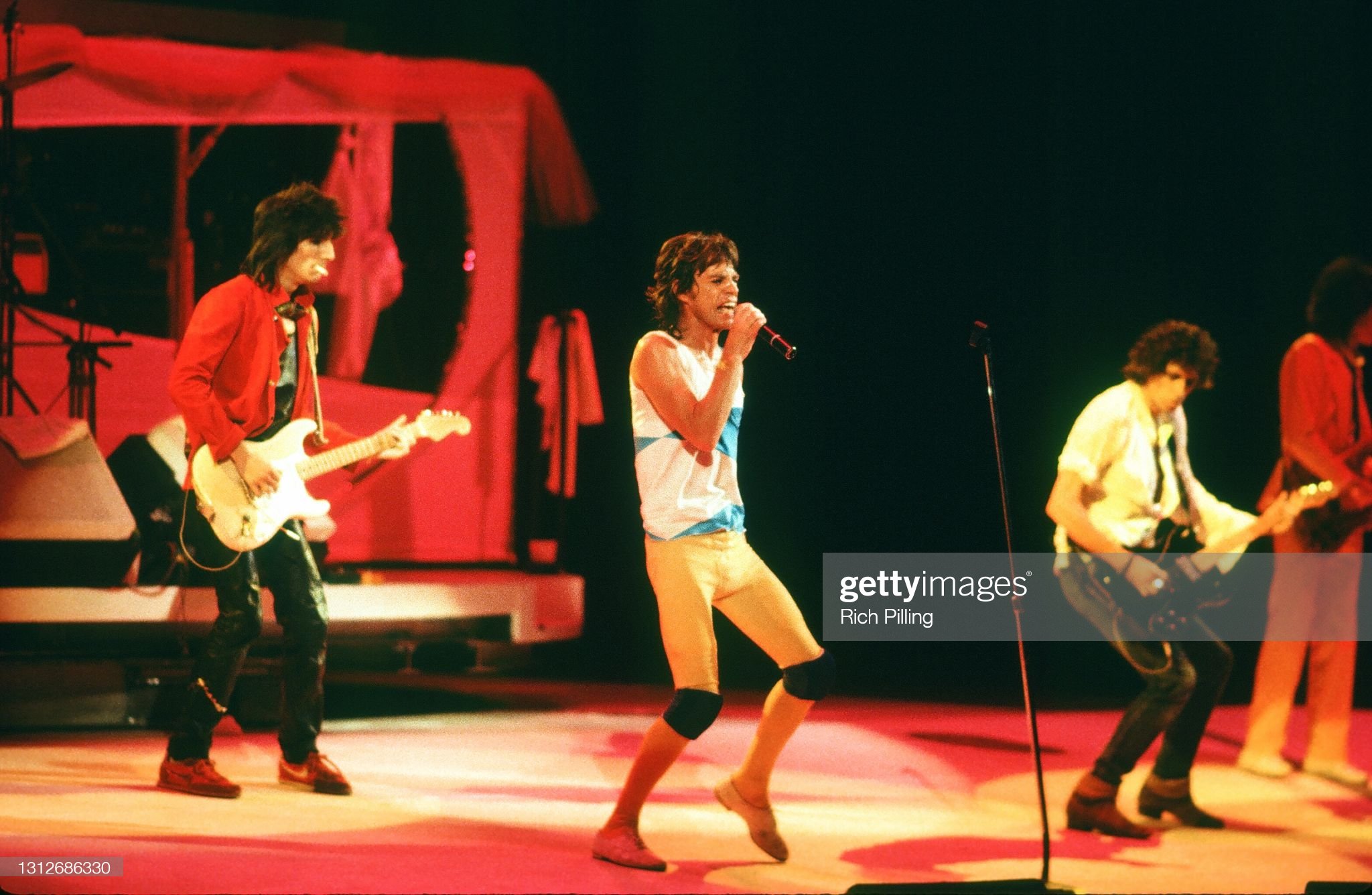 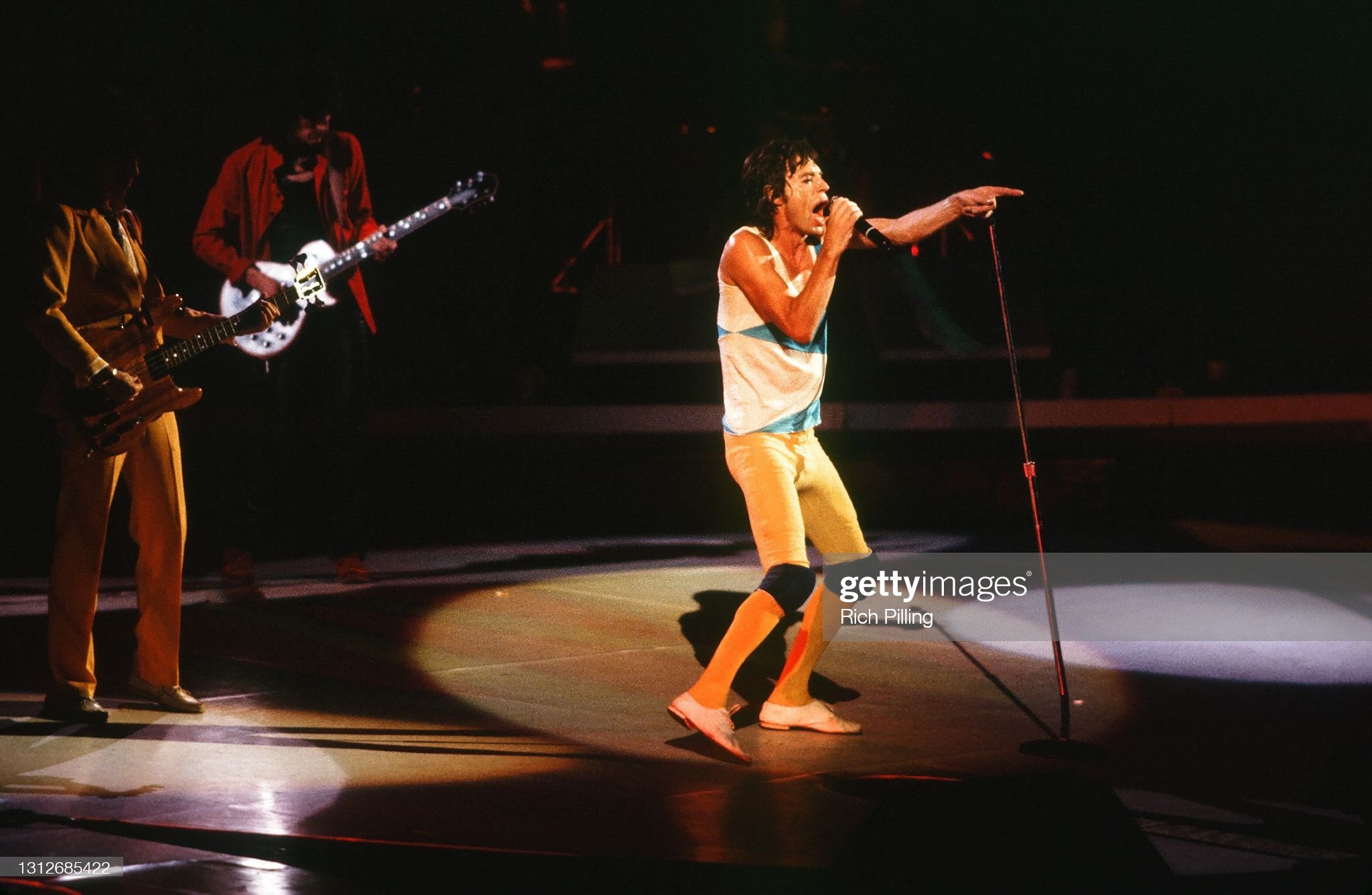 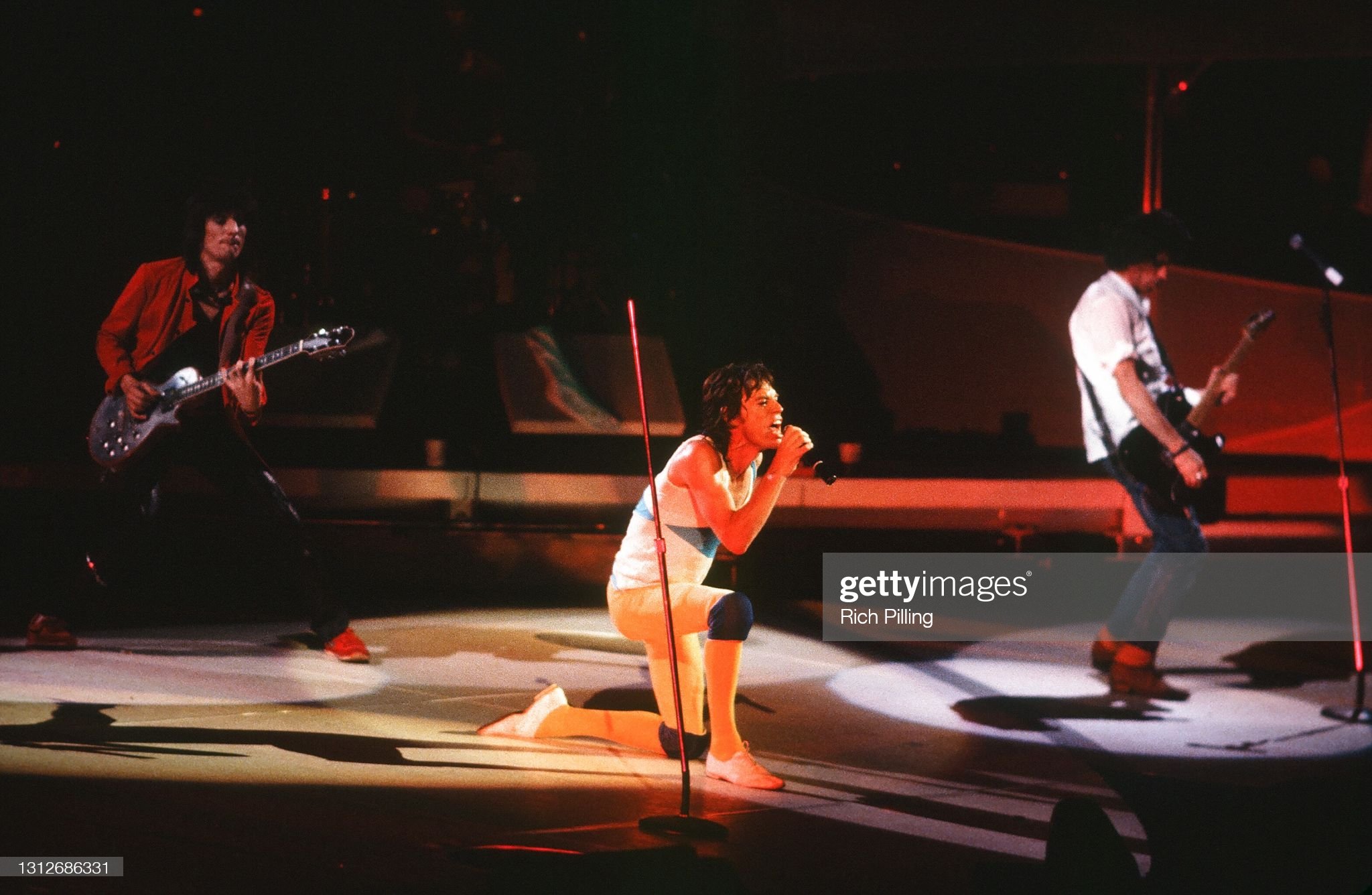 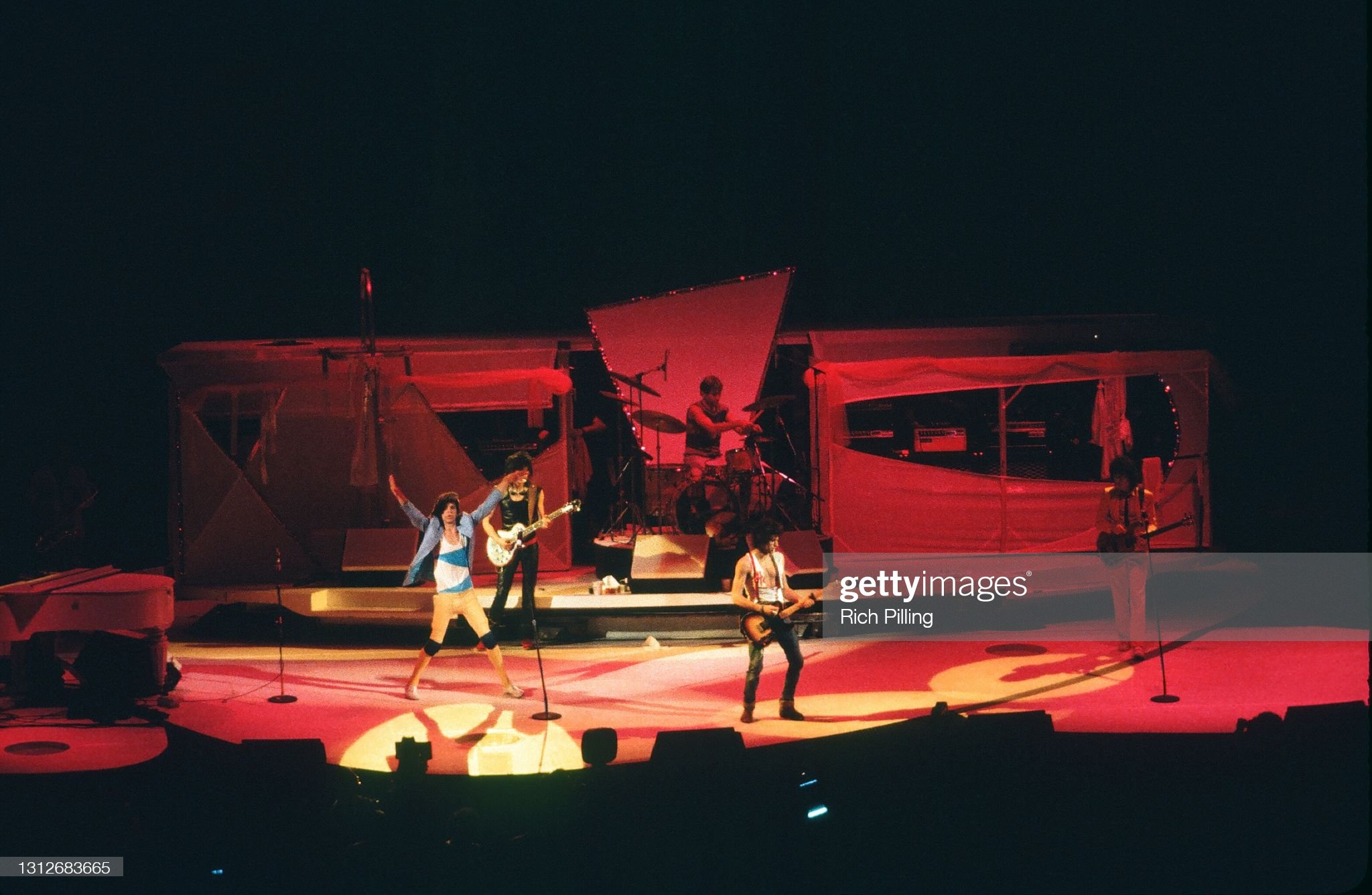 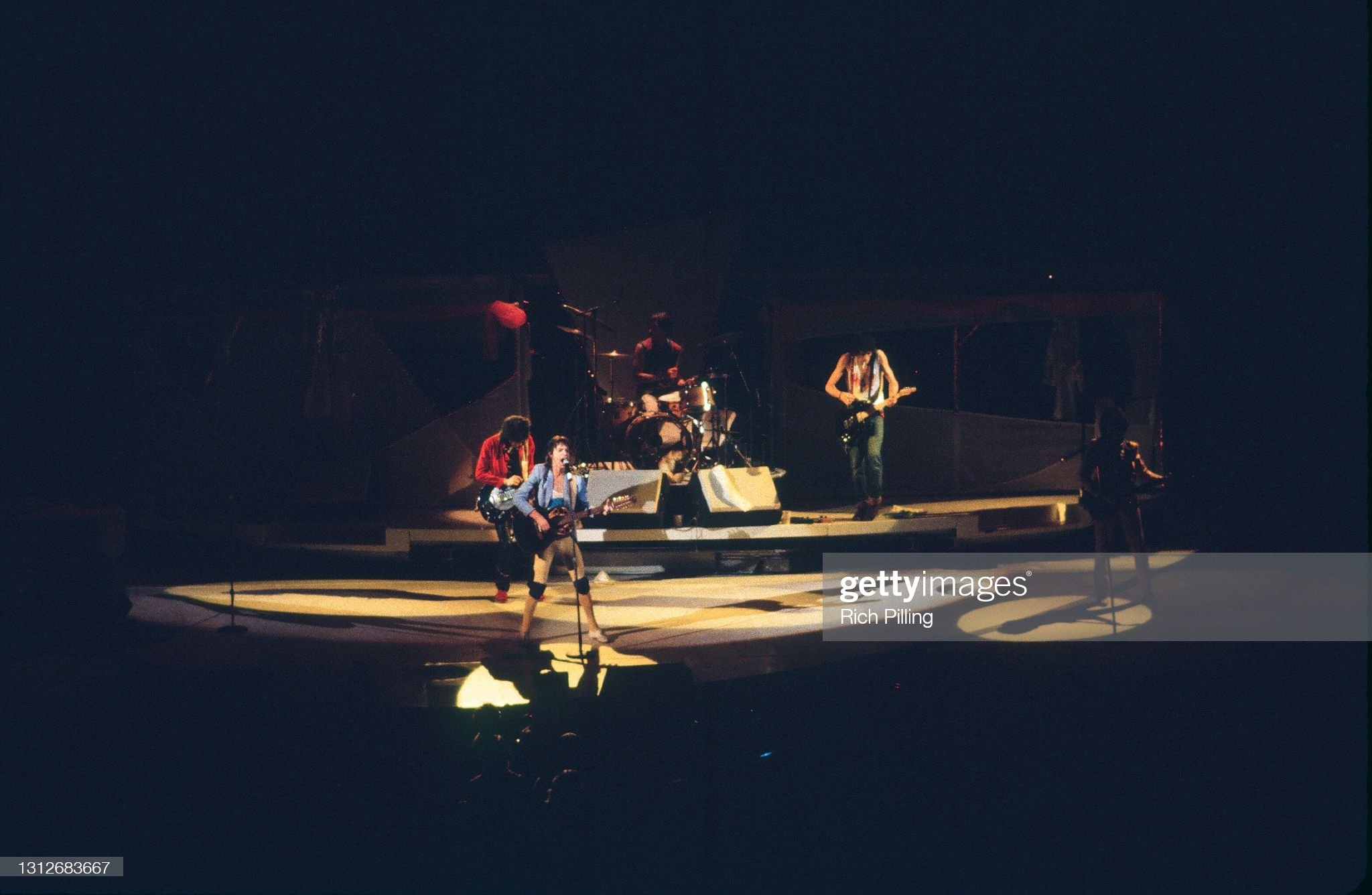 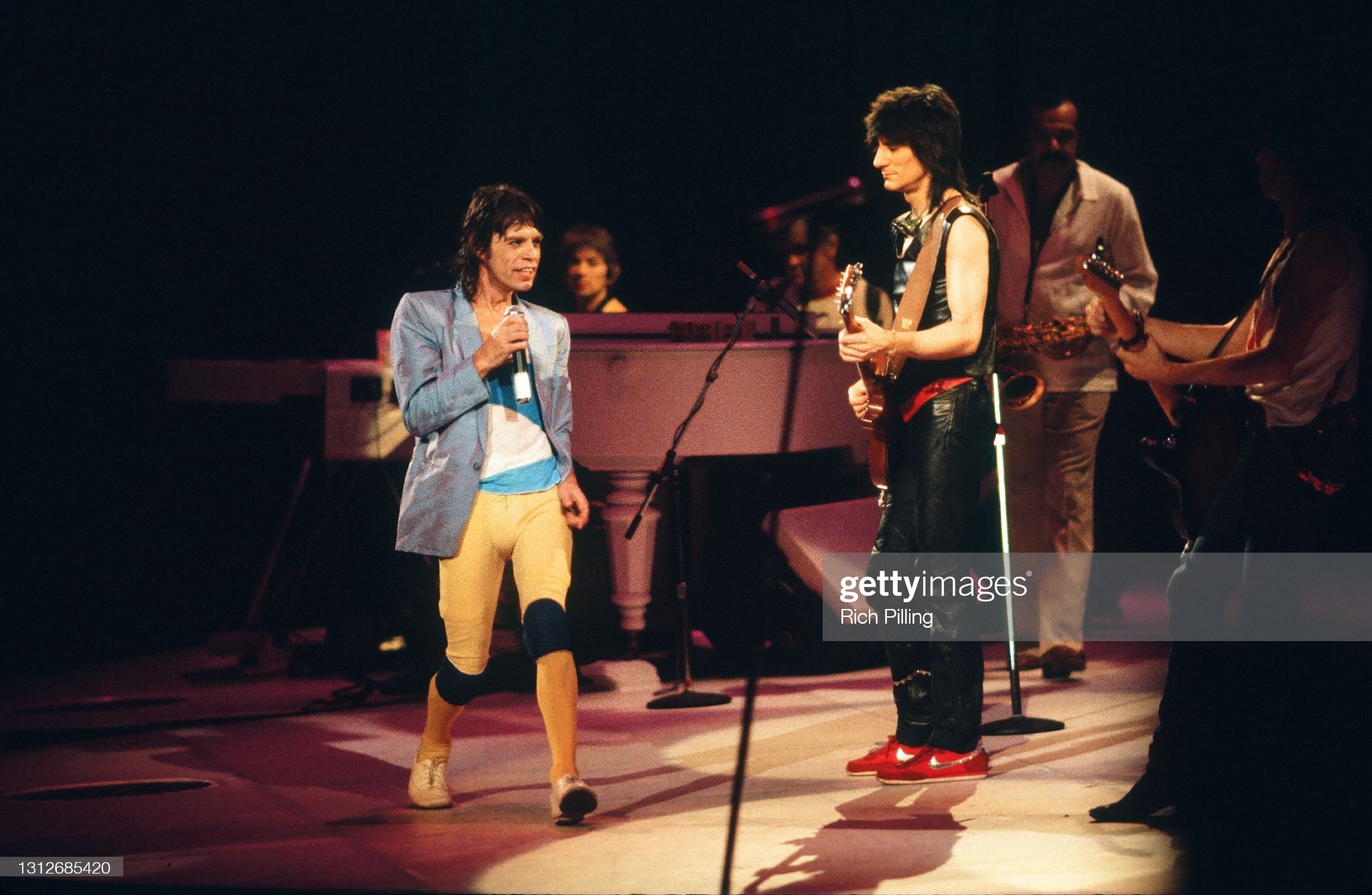 In Flight
by Jo Wood 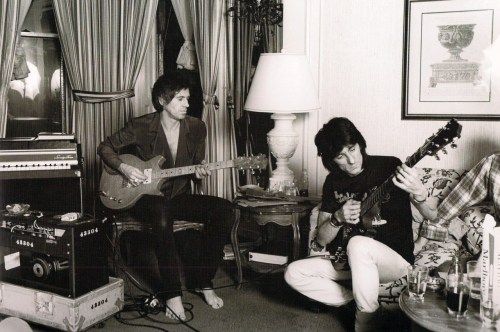 Keith's room at the Plaza Hotel in NYC, January 1983. It was a photo shoot
set up by a guitar-maker, who had just sent over those two guitars for Keith
to try/endorse. The photographer was Ebet Roberts and the guitar company was
called Doby. I ran some of the shots in my fanzine at the time, and I think
they may have also appeared in Guitar Magazine (or maybe Guitar Player).

Thanks, Bill German for identifying this photo with detailed information.

I see you rereleased your book "Under Their Thumb: How a Nice Boy from Brooklyn Got Mixed Up with the Rolling Stones (and Lived to Tell About It) in a 2022 edition."

More photos and more stories! WOW! See you on your book tour!

Here's a list of the "Under Their Thumb" book-signing events for September and October. Note: They all take place on Saturday afternoons. Also note: The one in Philadelphia is a free walk-in event, but the other three require a ticket to attend. (Essentially, it means you're buying the book in advance. The book will be waiting for you when you arrive, and then you'll get it personally signed.)
All events will feature a monologue from Bill German, during which he'll share his humorous and behind-the-scenes Stones anecdotes.
* September 24th in Philadelphia: [www.tattooedmomphilly.com]
* October 8th in Chicago: [www.eventbrite.com]...
* October 15th in Los Angeles: [www.eventbrite.com]...
* October 22nd in Asbury Park, NJ: [www.eventbrite.com]...


When the Rolling Stones rolled into Newcastle to perform at St James' Park 40 years, it was the biggest rock concert the city had ever hosted.

It was the beginning of the era of 'stadium shows' in our region. The Stones' would blaze a trail and be followed by the likes of Bob Dylan, Bruce Springsteen and Queen who all drew huge crowds at St James' Park in the the years that followed.

Back on June 23, 1982, Mick Jagger and the band were in the middle of a European tour in support of their Tattoo You album, and it was six years since UK audiences had seen them in the flesh. The press called it "Europe's largest travelling show". The amount of equipment and number of people needed to keep the band rolling was astonishing.

A fleet of 26 trucks would be used to transport the gear between huge UK concerts in Newcastle, Bristol and Wembley. Among the items being hauled around the country were the sections and scaffolding for a 240 foot-long stage and a luxury portacabin fitted with a bar and table-tennis table for back-stage relaxation.

For these huge outdoor shows, the Stones were using a 100,000-watt PA system, and the performance would be illuminated by 400,000 watts of lighting. One hundred permanent road crew members and many more hired locally for each concert kept the show on the road.

For Mick Jagger, Keith Richards and co, it was a far cry from the Stones' earliest visits to Newcastle 20 years before in the early 1960s when they'd played in the small, sweaty confines of the Club a’Gogo on Percy Street.

It was warm and drizzly back in 1982 when the day of the St James' Park show arrived. There would be 38,000 in attendance and queues started forming outside the venue in the early hours ahead of the doors opening at 2pm.

For hungry fans, hot dogs were on sale for 50p, and hamburgers 60p - and as for merchandise, you could pick up a tour sweatshirt for £7. Support came from George Thorogood and the Destroyers, and the J Geils Band who’d recently enjoyed a huge hit on both sides of the Atlantic with Centrefold.

The Stones, who had been staying at the Holiday Inn in Seaton Burn, arrived at St James’ in a luxury coach just before 7pm. They were whisked backstage where in the hospitality tent, champagne flowed and fellow rock stars including Sting and members of Genesis dropped by.

Newcastle's biggest ever rock show would prove to be a triumph and the Evening Chronicle reviewer posted a highly positive write-up next day. “The drizzle reigned all night but by nightfall Mick’s magic had rained down on 38,000 fans drying their spirits and rekindling the fire of good old rock’n’roll,” we reported. "Their sell out concert at St James’ Park was a mesmerising spectacle, a non-stop musical party, an unqualified success.”

The 25-song show kicked off with Under My Thumb. Songs new and old followed, including classics such as You Can’t Always Get What You Want, Tumbling Dice, Miss You, Honky Tonk Women, Brown Sugar, Start Me Up, and Jumping Jack Flash.


“Jagger is still the most charismatic live performer in rock”, our man noted. “He cuts a striking figure, making full use of the 240ft-long stage, running from end to end to tease and torment in fine athletic form.

"Meanwhile, Richards seemed to be only marginally less popular than Jagger, eliciting huge cheers every time he moved to one side of the stage, with the inevitable cigarette jammed in his mouth. The band kept the level of excitement at a consistently high level throughout the two-hour set, and the enthusiasm among the good-humoured crowd didn’t flag for one second.”

Satisfaction was the inevitable encore and the show came to an end with the strains of the 1812 Overture and a spectacular firework display. And with that, the Stones were on their way to their next show at Wembley, while Newcastle United also picked up £35,000 for hosting the event.