Yes I already bought some CDs and I'm rather satisfied with them.

I would advise you to buy :

Nice! Thanks cimaz for the info.

I (like most folks) am a big fan of his stuff through Tunnel Of Love. Very hit and miss since then. The occasional great song, but lots of sad, folky, depressing stuff. I'm more of a "Tenth Avenue Freeze-Out" kinda guy.

Dedicated to the late Michael Gudinski on Bruce’s Insta feed. He also put out a very nice tribute the day after Gudinski’s passing.

I am a Bruce nut. I dislike this song immensely! I like the sentiment behind it, but to me it’s a Working on a Dream outtake. THAT album is, in the main, terrible. If THIS song is an outtake from it, THAT’S how bad I think it is! It couldn’t even make the WOAD album. Now, I don’t actually think it IS an outtake from WOAD, but gee, it fits right in with that dreadful material! New Jersey music icon Bruce Springsteen is on his way to securing his own official “holiday” in his home state.

A state Senate committee on Thursday voted unanimously to designate every Sept. 23 — the Boss’s birthday — as “Bruce Springsteen Day” in the Garden State.

“It highlighted his work as a passionate storyteller of the American Dream,” Vainieri Huttle said. “Every song tells a story of the struggles and dreams of the people of New Jersey.”

“I and most people think he’s nothing short of a New Jersey icon,” Vainieri Huttle told NJ Advance Media at the time. “In addition to being a talented musician, he’s a hero of the working class.”

The resolution approved Thursday tells Springsteen’s abridged life story, from his days touring with the Castiles and Steel Mill, the critical acclaim of debut album “Greetings from Asbury Park,” the 1975 release of “Born to Run,” all the way up to his Broadway residency.
[www.nj.com]
Options: Reply To This Message•Quote This Message
OT: Bruce Springsteen stuff
Posted by: bye bye johnny ()
Date: April 12, 2021 17:31
Nils Lofgren thinks Springsteen's DWI was 'a set up,' talks 'Letter to You' and E Street return

is Nils sure he understands what "set up" means?
Options: Reply To This Message•Quote This Message
OT: Bruce Springsteen stuff
Posted by: bye bye johnny ()
Date: April 29, 2021 18:38
Steven Van Zandt guests on the latest Rockonteurs podcast: 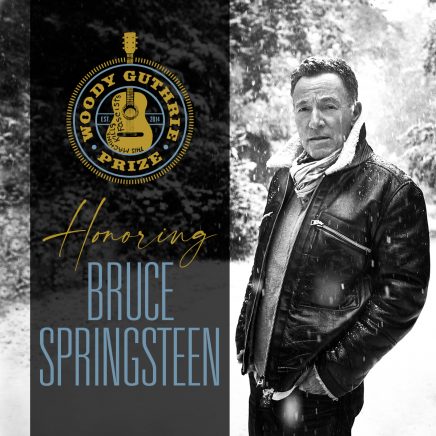 Another new album? My Gosh, I just cant believe this guy! Even though I am a big Bruce fan, I haven't always been jazzed about some of his later output, but at the same time, I admire the risks he takes and the fact that the guy is still very prolific.
Options: Reply To This Message•Quote This Message
Goto Page: PreviousFirst...3940414243444546474849
Current Page: 49 of 49