"Photographer Ken Regan, best known for his iconic images of Bob Dylan, the Beatles, the Rolling Stones, Bruce Springsteen and Jimi Hendrix, died of cancer on November 25th, Rolling Stone has confirmed. A spokesperson for his studio declined to give Regan's age, calling him "ageless."

A native of the Bronx, New York, Regan logged countless hours on the road with rock stars, shooting the Beatles on their 1965 tour, Hendrix at the Fillmore East in 1968, Springsteen on the Amnesty International tour in 1988 and Neil Young at the Ryman Auditorium in 2005. He also photographed the Concert For Bangladesh in 1971, the Last Waltz in 1976 and Live Aid in 1985. In 1975, Regan toured with the Rolling Stones and Bob Dylan's Rolling Thunder Review, shooting thousands of pictures along the way."

a great photographer. sad to hear of his passing.

so many great photos of the stones were his.
Options: Reply To This Message•Quote This Message
Re: R.I.P. Photographer Ken Regan
Posted by: GS1978 ()
Date: November 28, 2012 18:34
Rolling Stone article on Ken

Shutter Speed: the blink of an eye and to a photographer may be almost the same thing. But to capture a "moment" you need something else. You have to know the moment before it happens. To sense it, to feel it...Maybe like hearing a song before it has been written. Whatever this intuitive sense, is what my longtime friend has. Many times I've been on stage only to see Ken's beady left eye drilling through me with that wry grin under his camera and know he's got the shot he was after. I know a lot of photographers and they all have a personal style. When I see Ken in front of me, I know what he's waiting for...the moment! – Keith Richards


And more of his photos

Options: Reply To This Message•Quote This Message
Re: R.I.P. Photographer Ken Regan
Posted by: steel driving hammer ()
Date: November 28, 2012 20:13
He was just as good as Annie imo. 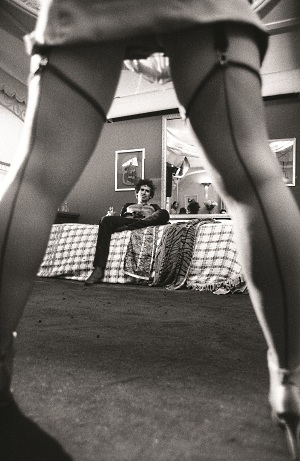