Charlie Watts
These are the latest Rolling Stones news and updates for you! IORR is a non profit fan club run by fans for fans. All parts of the It's Only Rock'n Roll web site is copyright of The Rolling Stones Fan Club. When using information from this site, please include a reference to IORR and the main web address www.iorr.org. 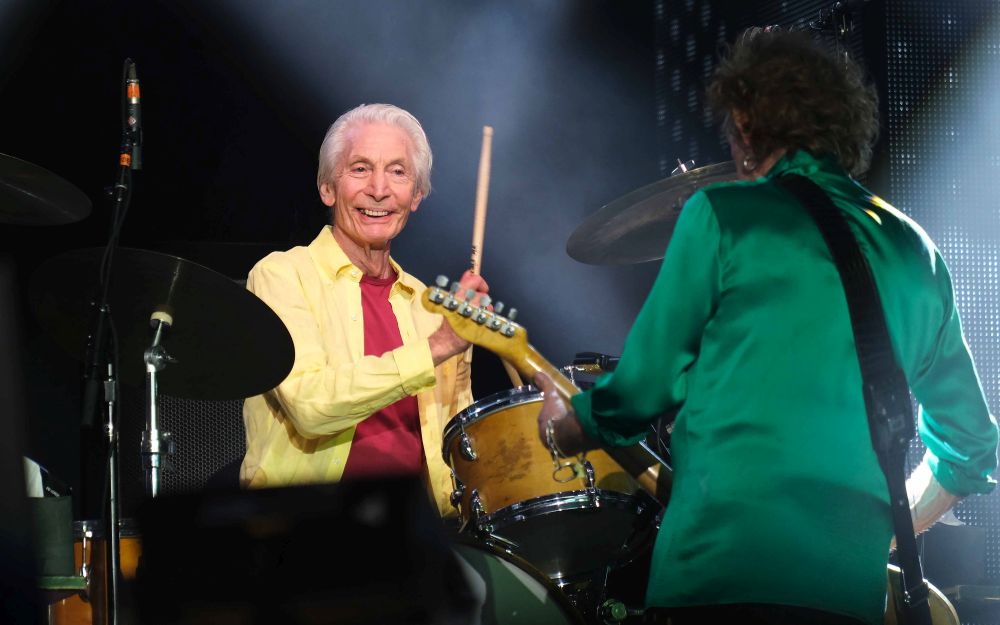 These pages are celebrating the music and memories of Charlie Watts, drummer of The Rolling Stones.

From Wikipedia: Charles Robert Watts (2 June 1941 – 24 August 2021) was an English musician who achieved international fame as the drummer of the Rolling Stones from 1963 until his death in 2021. One of the band's core members, Watts, alongside lead vocalist Mick Jagger and guitarist Keith Richards, were the only members of the band to perform on all of their studio albums.[1] Nicknamed "The Wembley Whammer" by Jagger, Watts cited jazz as a major influence on his drumming style.

There will be a lot more written here about Charlie Watts. Meanwhile, please take some time - see and listen - to one of the late great interviews Charlie Watts did with New Musical Expess (NME), originally published on February 28, 2018:

Charlie Watts in the press (IORR.org)

Charlie Watts In Memory - by the fans (IORR.org)

If you have information, corrections, additions or comments, please send email. Thanks!