6 tracks from this show were released on ‘Wanted Dead Or Alive” but they were heavily brickwalled. Two tracks also appeared on a limited EP for the Record Store Day in 2016.
Two kinds of sources exist. A nearly complete audience source and a soundboard that can be found on ‘Barb Wired’ (EVSD 204 & 205) but it’s incomplete (four tracks were missing and three tracks were incomplete).

We decided to do two versions. One with the complete audience (Volume 11a) and another one using both versions to present you the complete show in the best quality.
It’s this mixing of sources version that you will find here.

For the soundboard I declicked it and I reworked the transitions between the tracks that now start with the song.
The audience recording had to be decelerated by -0,55% and the tracks were separated by fade ins/outs: now they’re reconnected except before ‘Honky Tonk Women’ where some seconds are lost.
For ‘Breathe On Me’ the soundboard version ended at 1’54. The audience is from poor quality and I had to delete lots of defaults in this part.
Note that this track ended with a fade out where the first notes from ‘Love In Vain’ (which was not recorded) can be heard.
For ‘Worried Life Blues’ (which was incomplete) the first 41 seconds are coming from the audience source.
The same for ‘Jumpin’ Jack Flash’ where the first 3 minutes are coming from the audience source.
I deleted a 19 second repetition in the introduction of ‘Before They Make Me Run’ due to the separation between CD n°3 and CD n°4 from the EVSD release. 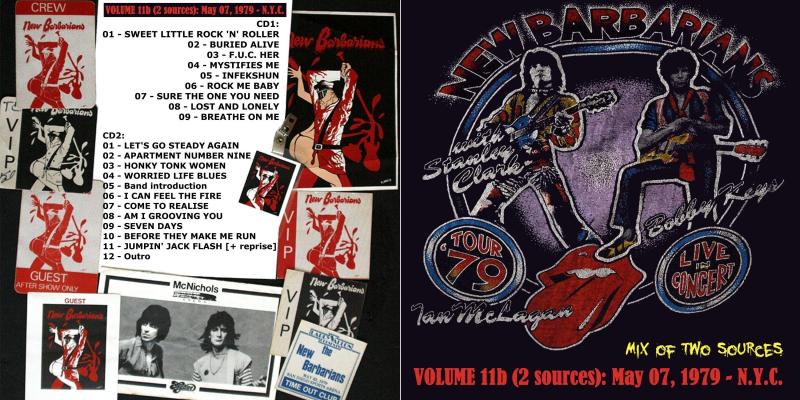 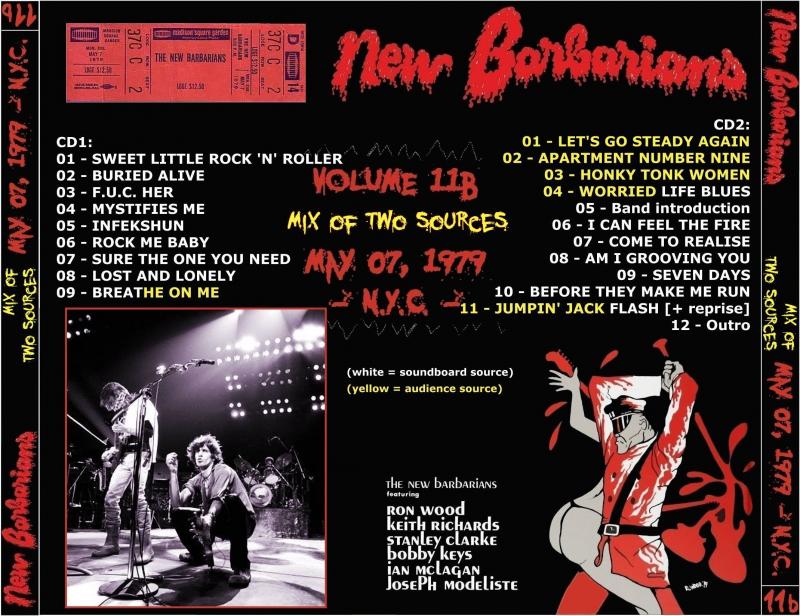 next on Tuesday (probably Vol 08)

Habits are tenacious.
I keep what I do in cdr format so wav files saves me time: converting vaw to flac is therefore your participation
Options: Reply To This Message•Quote This Message
Re: POST: THE NEW BARBARIANS - Vol 11b - 07 May 1979 - NEW YORK CITY (mix of 2 sources)
Posted by: no satisfaction ()
Date: January 24, 2023 18:24
Thank you !