Goto Thread: Previous•Next
Goto: Forum List•Message List•New Topic•Search•Log In•***Print View
POST: Ron WOOD 1992 North American Tour Vol 13 - 30 November 1992 TORONTO
Posted by: StonyRoad ()
Date: October 25, 2022 11:48
RON WOOD
28th October - 5th December 1992
Slide On Live
1992 North American Tour
This series is dedicated to Ron Wood’s 1992 tour in North America.
A big thank you to all the people who recorded these shows and who shared them and to my two accomplices nzb and Jaap (Stonesmuziekfan) who gave me the benefit of their versions of these shows and their advice and support ... and therefore without whom this project would not have been possible.

Our versions were identical.
I amplified the sound a bit and I reworked the transitions between the tracks that now start with the song.
“Pretty Beat Up” is incomplete so I chose to do the separation here between the 2 cd-rs.
Note a fade in/out after IORR because of the encore break (but no music is lost).
As usual all the infos are taken from The Complete Works Of The Rolling Stones database by Nico Zentgraf: [www.nzentgraf.de] 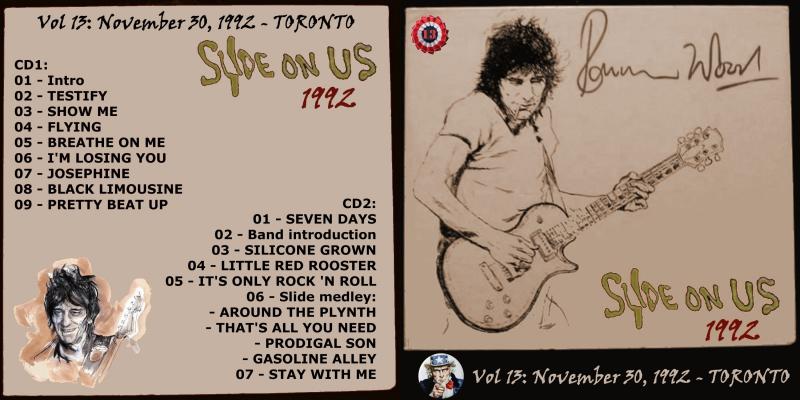 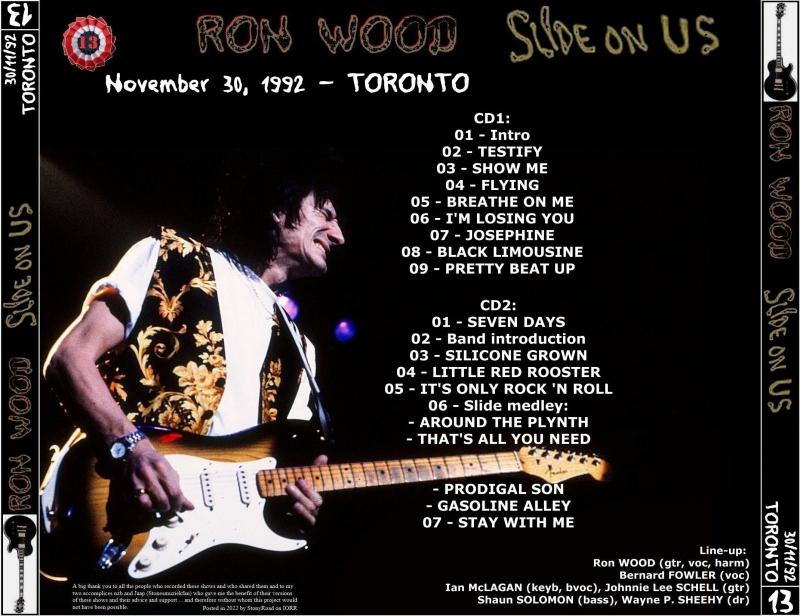