For this show we have two sources:
- an audience recording.
- 4 tracks recorded by US FM (WHCN Hartford) aired on an unconfirmed date. Taken from the TSP CD 154 “Whisky And Cigs”. The tracks evinced that our audience recording had to be decelerated by -3,9%.

Here we decided to offer the complete audience recording plus the radio broadcast.
For the audience source I used nzb’s version which was lossless (contrary to mine). The channels had to de equilibrated (+30% to the right channel) with exceptions for the last five tracks. I decelerated the tracks by -3,9%, I deleted a big noise in “Flying” at 2’13 (patched it with my version). I also reworked the transitions between the tracks that now start with the song. Note a fade in/out before ‘Show Me [Groove]’ 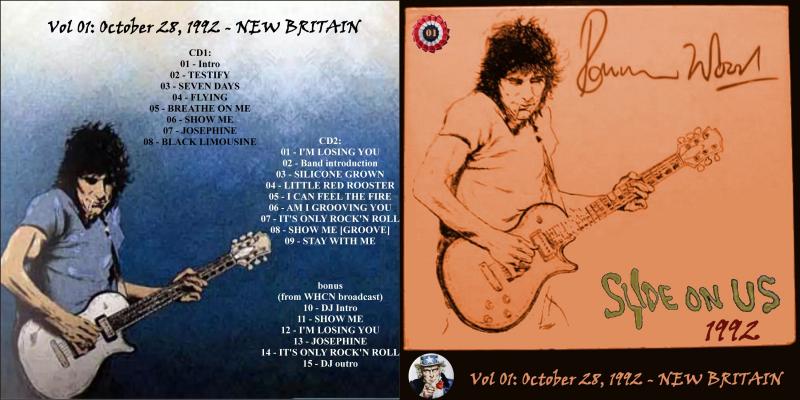 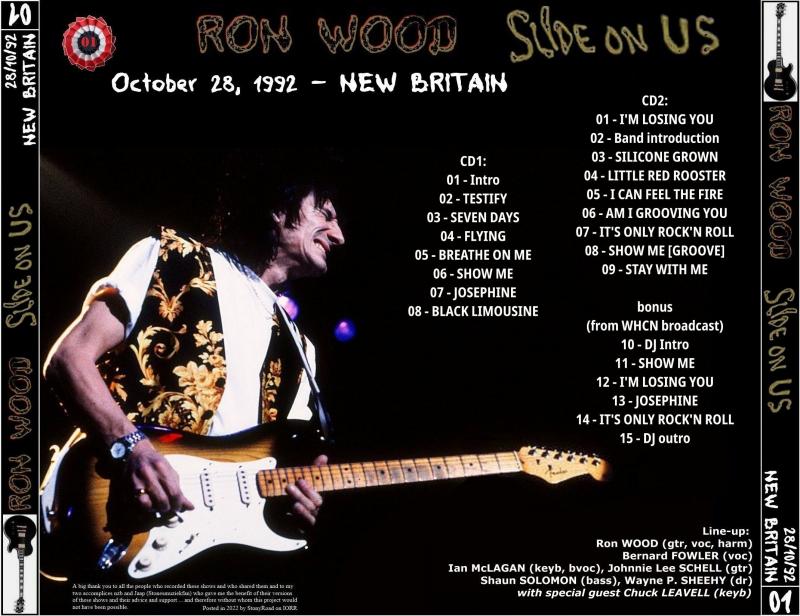 next volume on friday

glad your doing this tour too

Options: Reply To This Message•Quote This Message
Re: POST: Ron WOOD 1992 North American Tour Vol 01 - 28 October 1992 - NEW BRITAIN
Posted by: StonyRoad ()
Date: September 22, 2022 10:48
Gonzalo76 point me at a little mistake: some seconds from the end of 'Testify' are repeated in the beginning of 'Seven Days' (a mistake I did when I reworked the transition between those tracks)

For the ones that already download the stuff, I apologize, here you will find both tracks revised:
[we.tl]
for the other ones the initial post is now corrected
Options: Reply To This Message•Quote This Message
Re: POST: Ron WOOD 1992 North American Tour Vol 01 - 28 October 1992 - NEW BRITAIN
Posted by: mariano ()
Date: September 22, 2022 17:03