This is a series dedicated to Mick Taylor’s shows with John Mayall’s Bluesbreakers in the US in 1984.
A big thank you to all the people who recorded these shows and who shared them and to my two accomplices nzb and Jaap (Stonesmuziekfan) who gave me the benefit of their versions of these shows and their advice and support ... and therefore without whom this project would not have been possible.


Source #1: this recording was posted on IORR by ‘Dan’ - a big thanks to him and to the original taper!
Source #2: nzb had send me an incomplete recording (6 tracks) from an unidentified venue … and it turned out to be from the same show as the one posted by Dan!
Because the quality of nzb’s version is better I decided to keep his tracks and completed it with Dan’s source.
Dan’s source had to be accelerated by 3,5%.
As usual, I reworked the transitions between the tracks that now start with the song and I upgraded the beginning and the end for the cd-r.
This show is particularly interesting because of its unique tracklist and its many guest musicians. Too bad it cuts out during Muddy Waters Blues which most probably wasn't the last song played on that evening.

The pix used for the front covers are coming from the 13th April 1984 in Houston and can be found on: [www.rockinhouston.com] 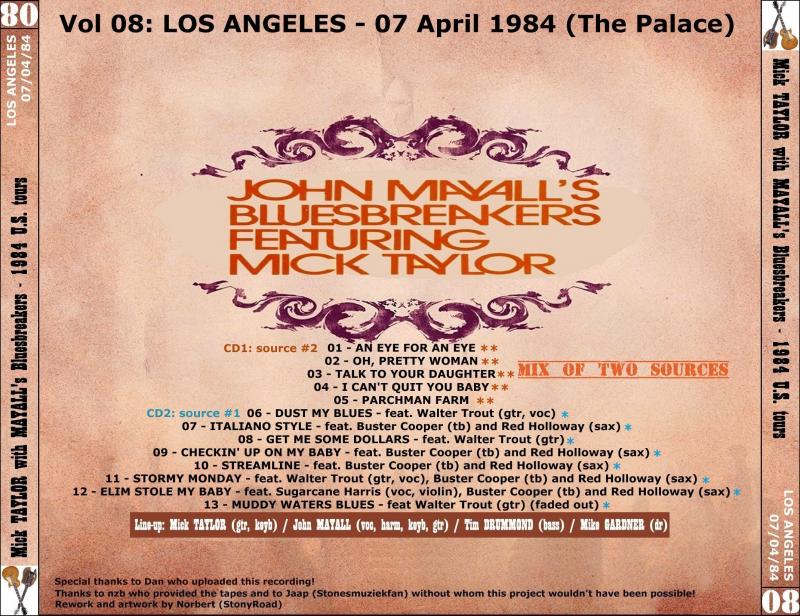 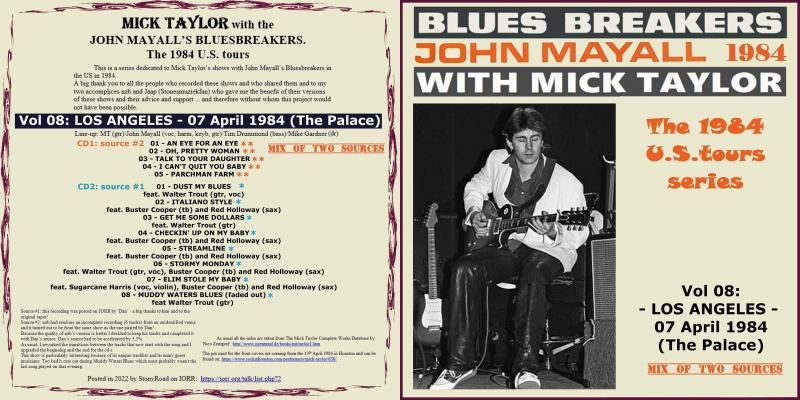