Various different versions circulated for this show:
- the version from nzb and me were the same: the first 11 tracks from the 17/12/92 show (see Vol 10).
- another version is ‘Locked Away For Two Days In London’ (Rockin’ Rott - rrr 2002-031),
but a comparison using the stage banter of KR (see excerpt from Olaf Reuthebuch's Words Of Wonder-book in the accompanying doc-file); confirmed without any doubt that only the first five tracks were authentic, the other ones are coming from the Paris 7.12.92-show! So the 2nd part of Rockin’ Rott and ‘Words Of Wonder’ are wrongly dated.
- the good version is ‘Weil du Geburtstag hast’ which contains the first part of the show (11 tracks) and is not coming from another show (I checked them all).
Conclusion is - we have only the first part of this show.

As usual I reworked the transitions: now the tracks start with the song.
The first seconds of “Take It So Hard” are missing. I reworked the amplification and channel equilibration in some parts of this song.
One second in the middle of ‘Too Rude’ has been altered (it sounded very low).
The end of ‘Hate It When You Leave’ is missing too. 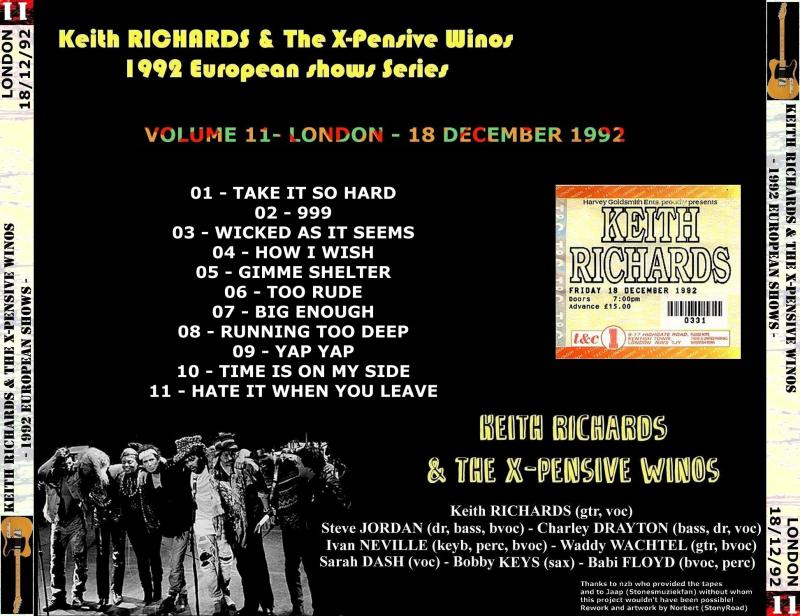 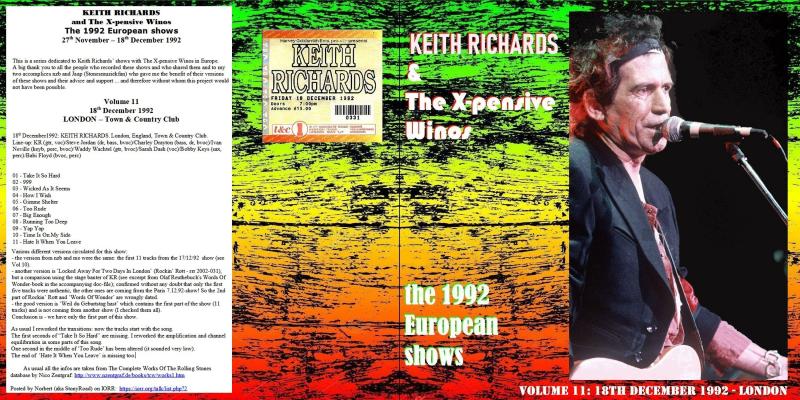 Quote
Quique-stone
Thanks a lot for this Vol 11 Norbert!

...and for this great series!