This is a series dedicated to Keith Richards’ shows with The X-pensive Winos in Europe.
A big thank you to all the people who recorded these shows and who shared them and to my two accomplices nzb and Jaap (Stonesmuziekfan) who gave me the benefit of their versions of these shows and their advice and support ... and therefore without whom this project would not have been possible.

Because lossy files cannot be posted on all websites, we decided to do two versions:
• Version #1: coming from the MC 002 source: lossy but with a better sound.
• Version #2: lossless recording but with often a muddy sound - this will be posted later.

This lossy version is coming from “Live In Madrid 13&14 December 1992” (MC 002)
I deleted some little gaps between the tracks, amplified the sound a little and reworked the tracks that now start with the song.

Note fade ins/outs in several titles of cd n°2 and in the first seconds of ‘Hate It When You Leave’ are lost. 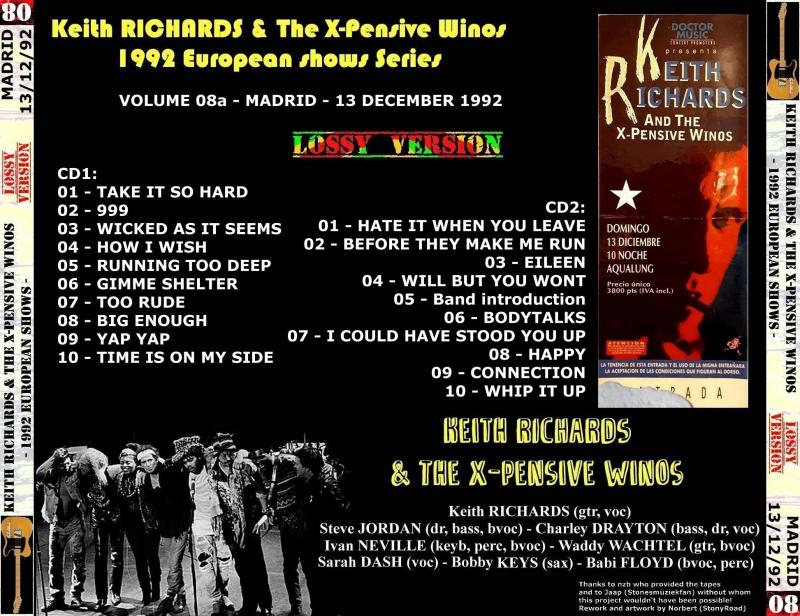 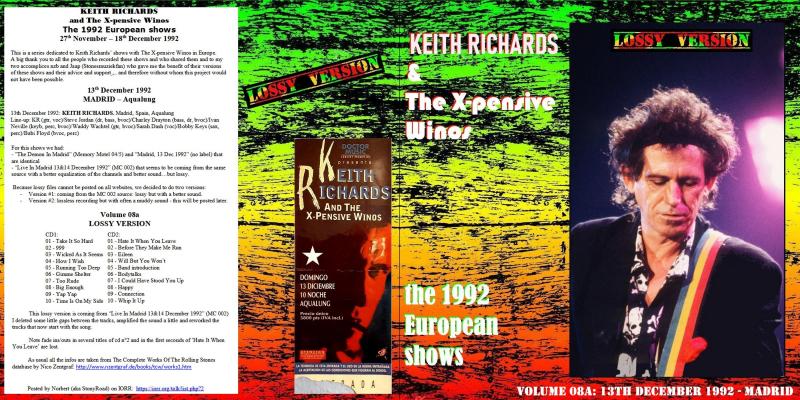