For this show we had 2 versions: « Keith Ahoy» is identical to nzb’s version. The 2nd version “Live in Ahoy” is very hissy and saturated.
I re-equilibrated the channels with +10% to +20% for the right channel (with exception of the first 2 minutes of Demon where +45% was necessary). I synchronized the channels (the left channel was 0,005s ahead of the right). I reworked the transitions: now the tracks start with the song.
In ‘Big Enough’ I deleted a short repetition sequence (at 3’58) before the start of ‘999’.
Note: a fade in/out before and after ‘Happy’ (in the encore break). 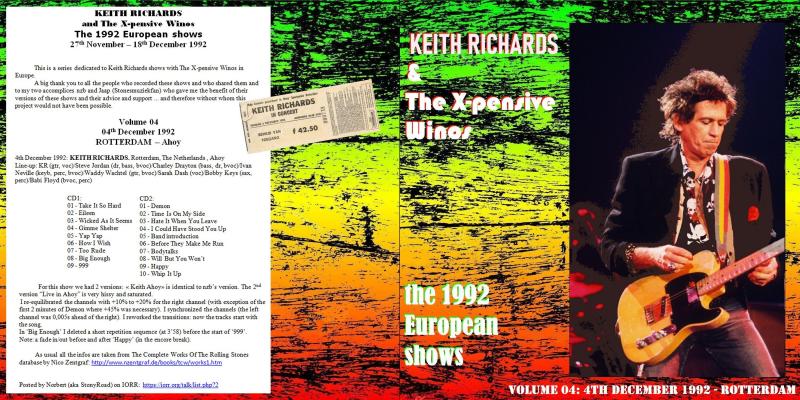 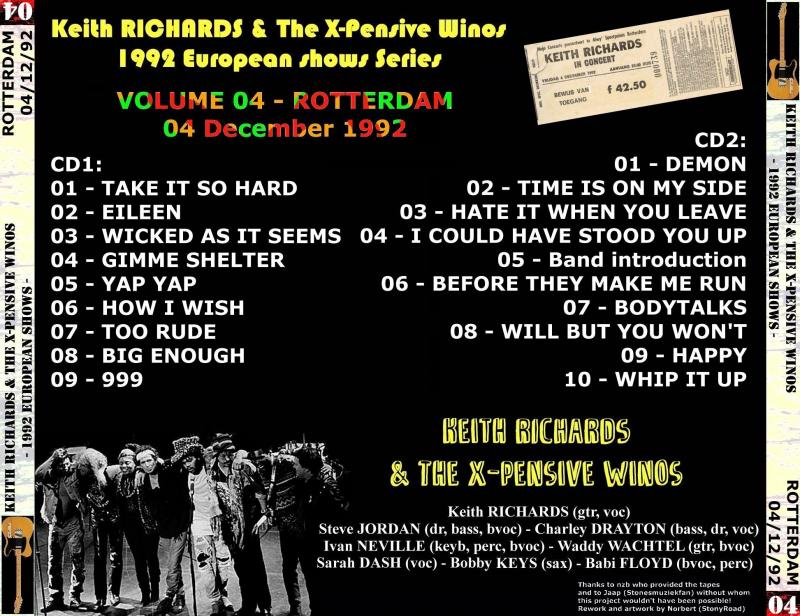