Notes:
- « ACT » refers to the Art Collins tapes.
- When I write only « reworked » it means it’s just duplicated and the difference is minor.
- Concerning the speed : I only checked and corrected the speed for the tracks existing as official (parts I & II of this collection). Of course it’s possible that the speed of the recordings was changed in the post production !
- Infos about the sessions: except for « Tallahassee Lassie » and « We Had It All »
Dates : 10th October to 29th November and 6th to15th December 1977 then 05th to 29th January & early February to 2nd March 1978.
Studios : Boulogne Billancourt (near Paris), France, Pathé Marconi Studios.
Producers: The Glimmer Twins.
Sound engineer: Chris Kimsey (and Dave Jordan for Before They Make Me Run).
Additional musicians: Ian McLagan (piano on Miss You) Sugar Blue [James Whiting] (harm)/Mel Collins (sax)/1 Moroccan [=Hassan], 1 Jew (=Simon Kirke?), 1 WASP (perc)/Simon Kirke (perc) and for the 1978 sessions: STU (p)/Bobby Keys (sax)
................................
SOME GIRLS sessions (FP 077)

PART I: The sessions for the tracks of the original album
Volume 1: 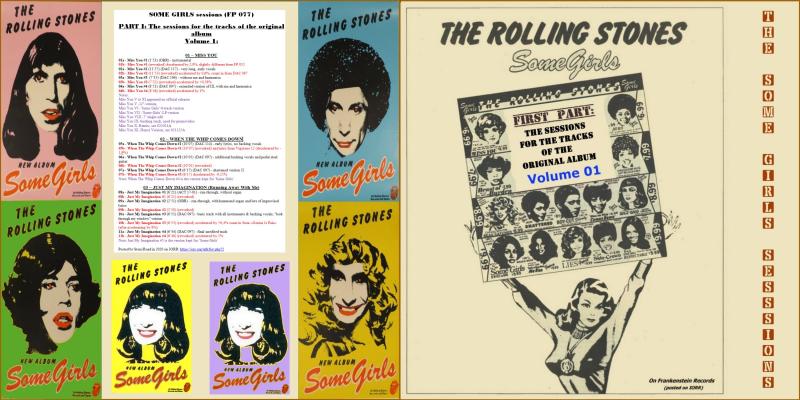 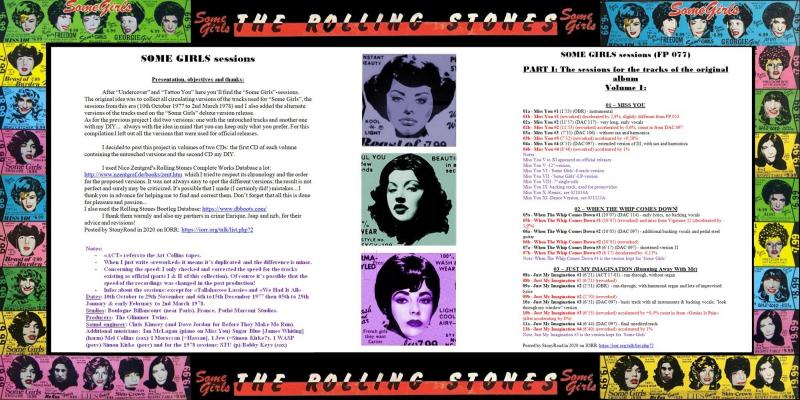 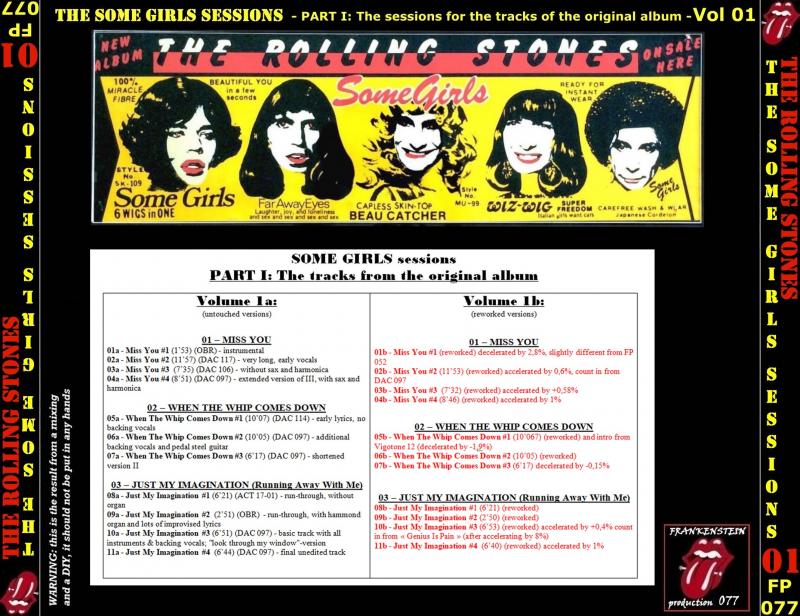 Options: Reply To This Message•Quote This Message
Re: POST: SOME GIRLS Sessions Vol 01 - FP 078
Posted by: Quique-stone ()
Date: November 15, 2020 02:50
Thanks a lot Norbert, wonderful work on this great Some Girls sessions collection!
Cheers!

Quote
Quique-stone
Thanks a lot Norbert, wonderful work on this great Some Girls sessions collection!
Cheers!