This series is dedicated to another Charlie Watts sidestep: The Charlie Watts Orchestra.
Thanks to the original recorders and especially to nzb and Jaap (Stonesmuziekfan) who provided me their recordings, gave critic and advice regarding my work … so without whom this project wouldn’t have been possible!

All our versions were coming from the TV source but only nzb’s version was lossless.
I amplified the sound a bit (+ 5db), reworked the intro and outro from the show and deleted some little sound fluctuations at the end of the show. 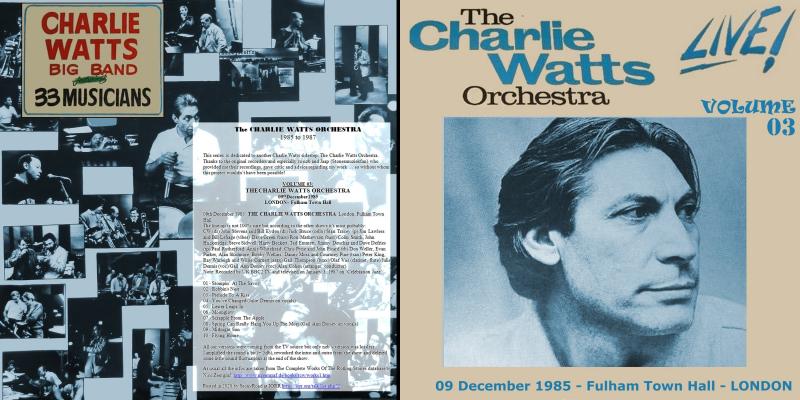 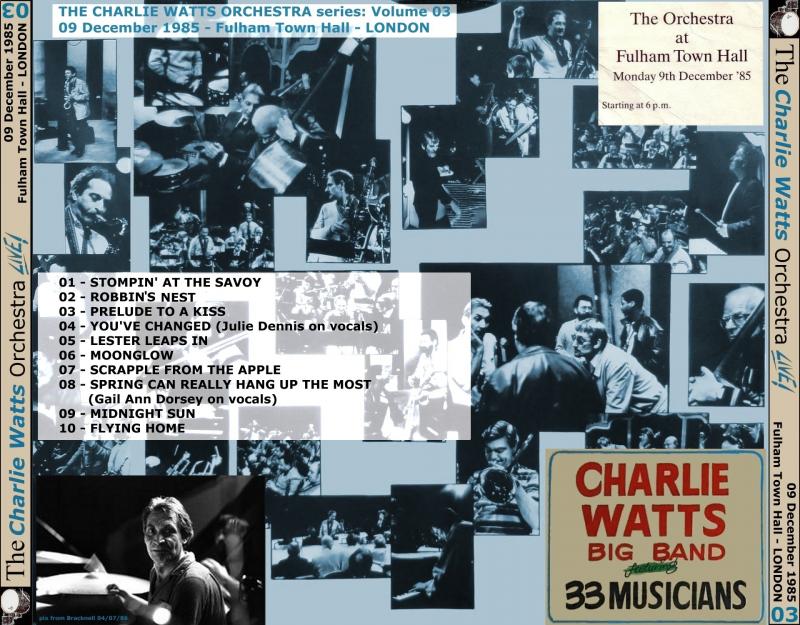