This is the fourth part of the series devoted to the Mick Taylor's live concerts in Japan.
A big thanks to my usual partners in crime nzb and Jaap (Stonesmuziekfan) who sent me their versions for these shows and gave critics and advise regarding my work.

The taper is the same as in the previous volumes so the recording quality is similar: the sound was good but a little hissy.
So I used the same treatment: I added a little more bass (+6db) and reduced the treble a little (-6db). Also the tracks were separated here by fade ins and outs … I connected them and rebuilt the tracks that now are starting with the songs.
I deleted the most annoying microphone noises in the introduction and I re-equilibrated the channels.


As usual all the infos are taken from the Mick Taylor’s Complete Works Database by Nico Zentgraf: [www.nzentgraf.de]
For the covers I used pics from the great Japanese fanzine “Stone People” (issue #63) 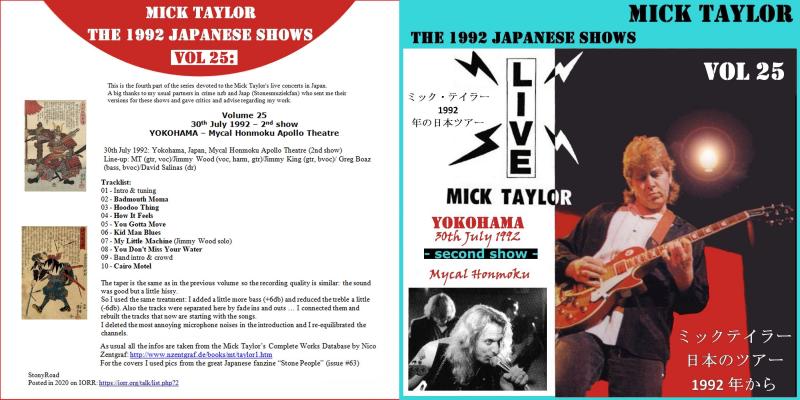 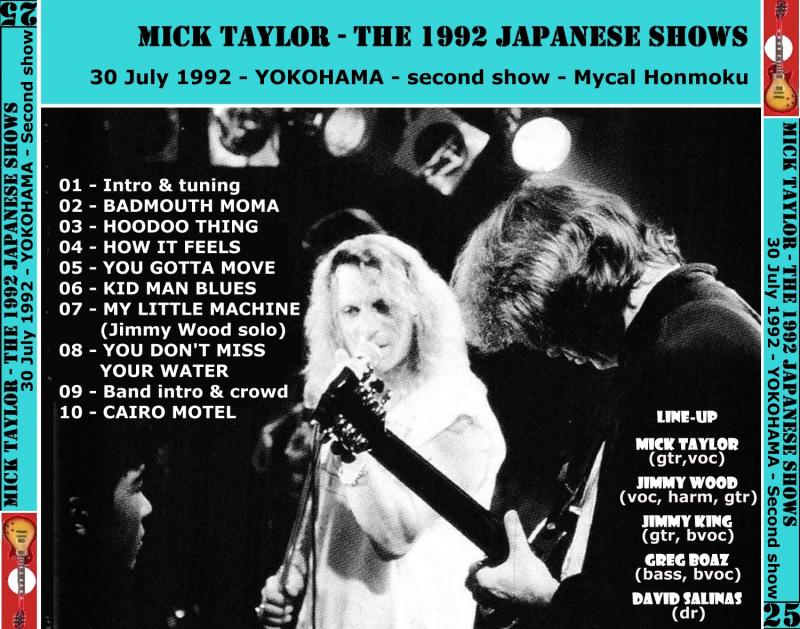 Norbert
email: stonyroad58@gmail.com
Options: Reply To This Message•Quote This Message
Re: POST: Mick TAYLOR Japanese shows series - Vol 25 - YOKOHAMA - 30 July 1992 - second show
Posted by: Quique-stone ()
Date: May 17, 2020 22:49
Thanks so much for continuing the 1992 Japan shows series Norbert!
Very much appreciated!