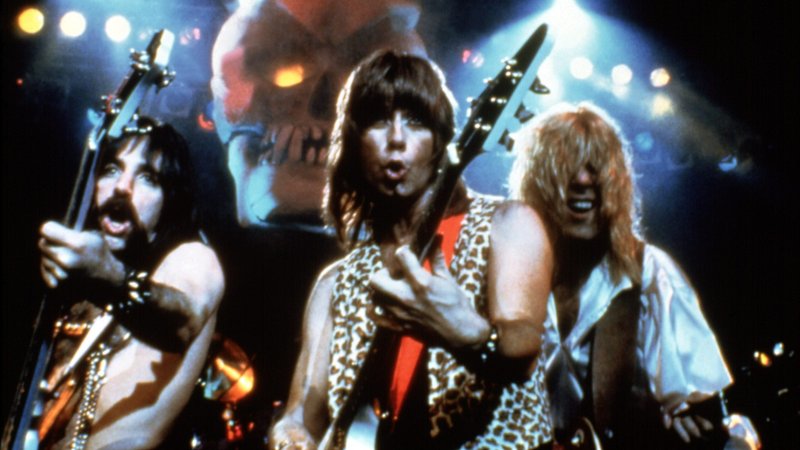 Deadline caught up with Reiner, and here is how he described the ambition: “The plan is to do a sequel that comes out on the 40th anniversary of the original film and I can tell you hardly a day goes by without someone saying, why don’t you do another one? For so many years, we said, ‘nah.’ It wasn’t until we came up with the right idea how to do this. You don’t want to just do it, to do it. You want to honor the first one and push it a little further with the story.”

The three members, who wrote the music and lyrics — some with Reiner — for standards like Smell the Glove, Hell Hole, Big Bottom and Lick My Love Pump, have in the past toured as the band, though not recently.

“They’ve played Albert Hall, played Wembley Stadium, all over the country and in Europe,” Reiner said. “They haven’t spent any time together recently, and that became the premise. The idea was that Ian Faith, who was their manager, he passed away. In reality, Tony Hendra passed away. Ian’s widow inherited a contract that said Spinal Tap owed them one more concert. She was basically going to sue them if they didn’t. All these years and a lot of bad blood we’ll get into and they’re thrown back together and forced to deal with each other and play this concert.”

The original was filled with rising talent, and there is a good chance that band members who watch the film over and over might find their way into the sequel.

“Hopefully there will be some guest artists,’ Reiner said. “The thing I’ve heard from so many bands and we’re talking about possibly doing a couple books, but one will be Tap Moments that real bands have had. Like in the movie, they get stoned and can’t find the stage, that happened to Tom Petty and the Heartbreakers. When Nigel is frustrated by the little bread in the catering that won’t hold the cold cuts, that last one was taken from a Rolling Stone article about a tour Van Halen had when, in their rider, they didn’t want brown M&Ms. We had an original keyboard player, Jonathan Sinclair, who when he was with the band Uriah Heep, visited us and said they’d been book into a military base, and we put that in, too. When I met with Sting years ago, he said, I’ve seen that movie 50 times and every time I watch it I don’t know whether to laugh or cry. Because it’s so much what happens. With all of that, we’ve had a lot of bands share their experiences and so hopefully we’ll include some of that in the film.”

Reiner’s back onscreen as the director who filmed the band in the original.

“I’m back playing Marty DiBergi,” he said. “The band was upset with the first film. They thought I did a hatchet job and this is a chance to redeem myself. I am such a big fan and I felt bad they didn’t like what they saw in the first film. When I heard they might get back together, I was a visiting adjunct teacher’s helper at the Ed Wood School of Cinematic Arts. I drop everything to document this final concert.”

The film will be released March, 19 2024, and chances are initial audiences will have an easier time understanding the rhythms, than they did the first time around.

“You have no idea what’s going to happen and the first time we screened in Dallas, they didn’t know what the hell it was,” Reiner said. “People came up to me and said, I don’t understand why would you make a movie about a band no one has heard of and is so bad. Why would you do it? I said, it’s satire and I would explain, but it took awhile for people to catch up to it. Now, it’s in the National Film Registry,” said Reiner, who relaunched Castle Rock with a $175 million film fund.

Options: Reply To This Message•Quote This Message
Re: OT: "Spinal Tap II"
Posted by: IrelandCalling4 ()
Date: May 14, 2022 03:54
Watched it again tonight after reading that piece on Tap II. A full hour of deleted scenes on the DVD plays like a film of sorts - some are additions to existing scenes of course, but you also have David's son showing up, Dereks phone calls to his soon to be ex spouse, and the replacement for Nigel on guitar who upstaged the frontman. Short clips but well worth watching.

"None more black" - now that's an album cover!
Options: Reply To This Message•Quote This Message