Goto Thread: Previous•Next
Goto: Forum List•Message List•New Topic•Search•Log In•***Print View
Part of new Stones podium?
Posted by: SitCen ()
Date: May 13, 2022 22:38
A couple of days ago, my friend Luc (aka TIOMS on IORR), drove by the construction site of StageCo (the Belgian company that builds podia and has been doing so for many Stones tours, but also "The Crab" for The U2 360° Tour, other bands and festivals like Tomorrow Land and the like).
He drove by at a distance of some 200 meters and saw that they were constructing a huge tower (some 40 meters high).
A couple of days later, there was a short item on Belgian TV concerning this"tower" (see the Wetransfer link below for the caption of that TV item).
The manager told the reporter that business was blooming again after the meager Corona years and that they were building stages for groups and artists like Cold Play, Ramstein, Elton John and some festivals.
When asked about the tower, he couldn't reveal who it was for, but that it would be announced in a couple of weeks.
Here's the Wetransfer link to the caption off TV (it's some 3 minutes and the file is a little more than 29 Mb (sorry, but it's in Flemish... The first image of the tower (which seems to be a round video screen) comes on at some 18 seconds into the video):

So what do you people think; could this be for the Stones? 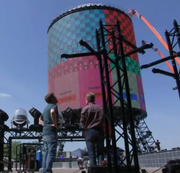 it's just an assumption, but still a big thank you to Luc (TIOMS) for contacting me and giving me the OK to post this here!

And this screen can't be use indoors.
Options: Reply To This Message•Quote This Message
Re: Part of new Stones podium?
Posted by: StonedRambler ()
Date: May 14, 2022 14:38
I guess that's rather for somebody with a 360° stage setup, like Ed Sheeran has at the moment. Doesn't make much sense with the Stones' layout of the stage

[youtu.be]
Options: Reply To This Message•Quote This Message
Re: Part of new Stones podium?
Posted by: Quique-stone ()
Date: May 14, 2022 15:21
Curious and interesting screen!


Nice to see you posting again Chris! Please contact me whenever you want.
Options: Reply To This Message•Quote This Message
Re: Part of new podium?
Posted by: Irix ()
Date: May 14, 2022 15:25 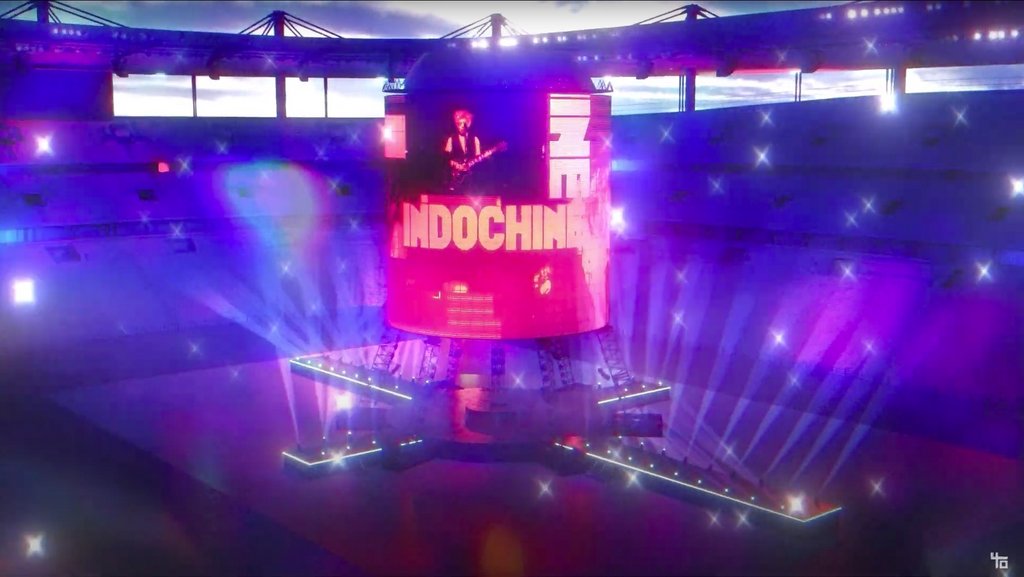