The Rolling Stones legend is auctioning off a signed guitar, with a non-fungible video authenticating his signature 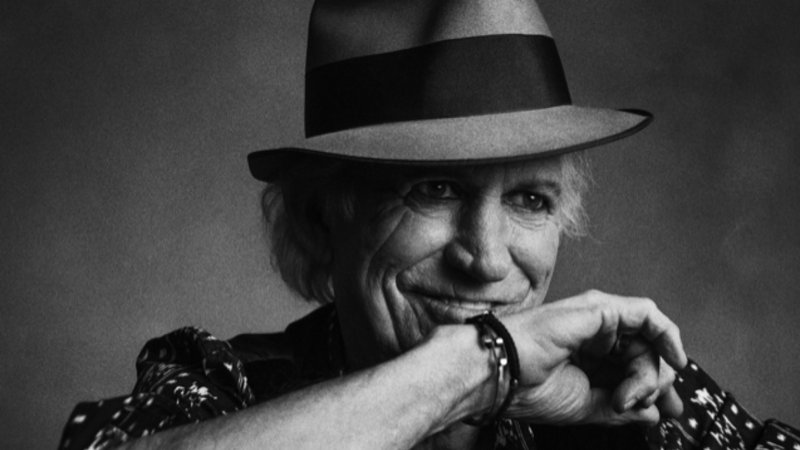 Keith Richards is hopping on the NFT train with a new video to be auctioned off for charity. In collaboration with green NFT music platform OneOf, the video is up for sale now until January 30th through Julien’s Auctions and benefits MusiCares.

“We are honored to be the platform to mint the first-ever Keith Richards NFT,” Fell said. “Keith is music royalty and we applaud him and his team for championing eco-friendly blockchain technology that can empower musicians for generations to come.”

Richards joins stars like Ozzy Osbourne, Snoop Dogg, and Interpol in venturing out into cryptocurrency. Of course, not everyone is convinced the blockchain technology is good for artists: Brian Eno recently referred to the trend as a way for artists to become “capitalist little @#$%&,” and Richard Karn backed out of his own NFT two days after announcing it. 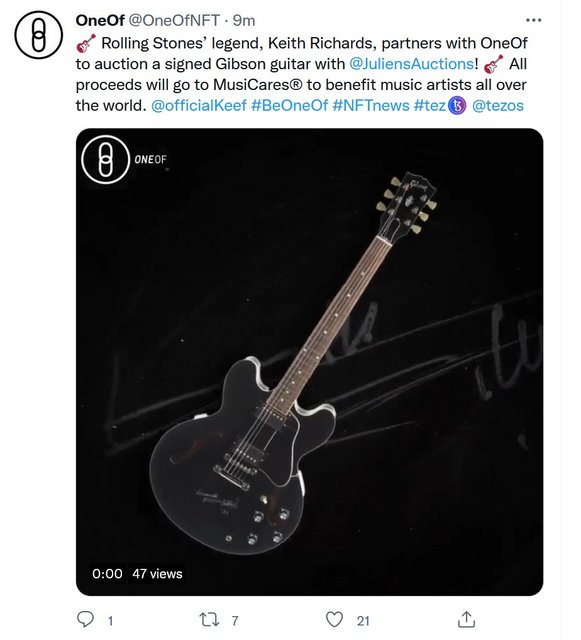 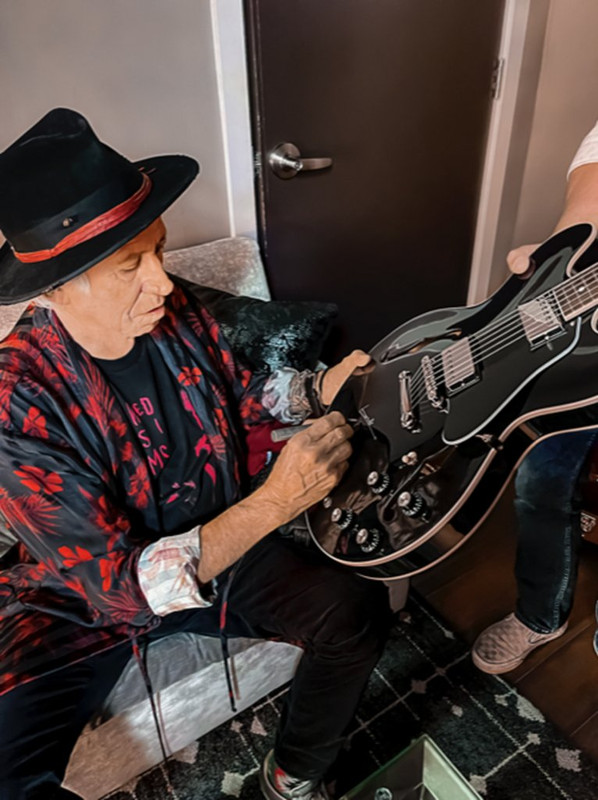 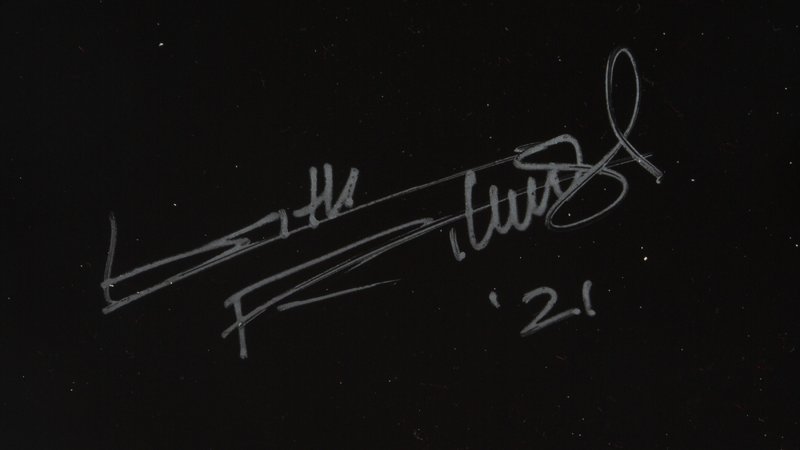 ROCKMAN
Options: Reply To This Message•Quote This Message
Re: Keith Charity NFT Auction
Posted by: MizzAmandaJonez ()
Date: January 14, 2022 05:10
IMO...it will go for way more than $6-$8K as the NFT craze is so trendy amongst some people.

Would be really cool if you get the autographed guitar and an NFT of him playing you a personalized song that you hang on your wall and click to play when your friends come over, haha

I imagine this may sell on the high side of expectations.
Making it as proof of authenticity is a very unique idea, will be curious to see.

Now that both the Glimmers will have each sold an NFT.. hoping maybe it's out of their system

[www.julienslive.com]
Options: Reply To This Message•Quote This Message
Re: Keith Charity NFT Auction
Posted by: ProfessorWolf ()
Date: January 31, 2022 02:39
sure would love to have seen keith's face when someone tried to explain whatever the hell "eco-friendly blockchain technology" is to him

a 4 sec video they can keep

Quote
Rockman
No video of him performing .....
Just a (WAIT FOR IT)...... 4 second video of him signing guitar

also why would he sign his guitar at germano studios?

is it where he keeps his guitars or is just where he "works" from now?
Options: Reply To This Message•Quote This Message
Re: Keith Charity NFT Auction
Posted by: Rockman ()
Date: January 31, 2022 03:29
That seems to be the main studio
hes always at with Steve Jordan ...

ROCKMAN
Options: Reply To This Message•Quote This Message
Re: Keith Charity NFT Auction
Posted by: SomeTorontoGirl ()
Date: January 31, 2022 03:40
NFTs? A bold move by a man still using a fax machine…

Options: Reply To This Message•Quote This Message
Re: Keith Charity NFT Auction
Posted by: Rockman ()
Date: January 31, 2022 03:57
Imagine inviting all ya friends
over ta watch the guitar signing vid......