"Jump On Top of Me" I believe has not been officially released live on CD or video.

Quote
ironbelly
Moneymakers. Colored vinyl...
Give us normal box with CDs.
PS. I know that one can download this concert from qobuz, but I prefer to have it as physical media.

lol, happy its released on vinyl, only buying vinyl these days 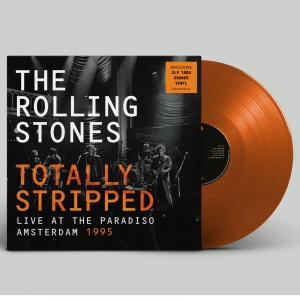 I'm not familiar with either of these web merchants. Can anyone recommend one over the other or are they both reliable? Thx.

myself dont like platenzaak.nl that much (sometimes they dont package that good and when you complain about that they dont answer..) and preffering platomania.. i ordered through platenzaak though because it was not listed at platomania when i ordered... hope they package well lol

Quote
MAYO
We got totally stripped . Stop reaping us
.A NEW ALBUM now.

No worries. They will release another format in another couple years which everyone will buy again.
Options: Reply To This Message•Quote This Message
Re: Paradiso show may 26 1995 out on vinyl November 6
Posted by: Rockman ()
Date: September 7, 2020 21:32
multi-colored splatter vinyl .... 78 RPM ....

Quote
Mabru
Paradiso will show the legendary show on a big screen on November 5th [www.paradi.so]

Life's just a cocktail party on the street

they release many interesting things anyway..

Life's just a cocktail party on the street
Options: Reply To This Message•Quote This Message
Re: Paradiso show may 26 1995 out on vinyl November 6
Posted by: MononoM ()
Date: September 30, 2020 16:00
for those who dont have this release yet.. its still available, but they changed the link [platenzaak.nl]

Life's just a cocktail party on the street
Options: Reply To This Message•Quote This Message
Re: Paradiso show may 26 1995 out on vinyl November 6
Posted by: jbwelda ()
Date: September 30, 2020 23:17
So I am a little confused over all these "Stripped" releases. What does this one equate to from what has already been issued? Is this an exclusive release, or does it repeat tracks if not the whole shebang from Stripped or Totally Stripped or Really Really Stripped or Hey This Time We Mean It: Stripped Naked ad infinitum.

I already pre ordered the orange vinyl but just wondering how this fits in with whats already out there officially. I know there was a super deluxe Totally Stripped with like 3 DVDs of entire concerts, is this one of those transferred to audio only?

I realize this gets complicated because evidently tracks from this performance were issued on a CD EP (Wild Horses, wasn't it?) and also a track or two were in the original Stripped. Or maybe those were entirely different recordings?

What does this one equate to from what has already been issued?

thanks though
jb
Options: Reply To This Message•Quote This Message
Re: Paradiso show may 26 1995 out on vinyl November 6
Posted by: MononoM ()
Date: September 30, 2020 23:38
downloads/streaming is for traveling, vinyl (or cd's..) are for at home

Life's just a cocktail party on the street
Options: Reply To This Message•Quote This Message
Re: Paradiso show may 26 1995 out on vinyl November 6
Posted by: MononoM ()
Date: September 30, 2020 23:39
this is first time its released on vinyl.

No, that was in the times of MP3. There're now HiRes-Downloads/Streams which can sound better than CDs, even at home.

An example for better than Vinyl sounding HiRes-Downloads (unfortunately only available in North America): [Store.AcousticSounds.com] .

What does this one equate to from what has already been issued?

was this show available in the deluxe Ward CD version that came out?

The 2 LPs of the Totally Stripped Super-Premium-Edition by [WardRecords.com] have a mixture of the Tracks from all 3 Shows (like the CD).

It's the first time that Paradiso 26-May-1995 is released complete on Vinyl. The Paradiso-Show 27-May-1995 wasn't released yet in full in any format.