That's what I wanted to do, and I did it while she's off doing the Camino with our son, which is also cool.

I love my wife and my family and my friends and I love the Rolling Stones and I especially love seeing them live, Love You Live, as most of us here do..

Saw them with just Perla and I on opening night, and then added my best pal on Chicago2, then clients in Jax, Seattle and Phx and then eight "Stones virgin" friends at Levi Stadium, including a buddies five year old son who watched much of the show in the pit from my shoulders.

Midnight Rambler is still The Money Song. Loved crashing the B stage, and loved Darryl's progression of his Miss You bass solo. I never thought I'd enjoy "Out of Control" like I did, and the warhorses all were memorable for me as I now look at how blessed I am to still be seeing them 45 years after I attended my first show at Chicago Stadium in 75.

Ronnie was the MVP, best I've seen him play since I started seeing them in 1975 and is that guy ever in a bad mood? So proud of his new found sobriety and his embracing fatherhood again. Karl Denson is a monster on sax, Chuck is a solid foundation and sure, I miss Stu and some of the other piano/keyboard players from the past, but he helps keep them on track and he's a good player. Love watching Sasha dance, she just looks like she is having so much fun from that viewpoint and who wouldn't? Bernard is the unsung hero backing up Mick's every word, and I love InsideOut and would really enjoy him being the opening act playing those songs on the next tour.

Will Mick ever slow down? At some point one would think that will happen, but he is an amazing performer, as is Charlie in the most modest and humble way....

...and then there is Keith, my favorite musician in life. He got stronger and more confident with each show. Seemed in Chicago he was really concentrating but in a way that seemed more deliberate...where in the past it always seemed second nature how he played. I liked the gray hair and bandana look versus the dyed hair look on him, and nice to see him not smoking much on stage, if at all. The others seem to not have the responsibility and need to deliver the key notes as much as KR, which is tough when its a 14 show tour and then off a year and then some rehearsal and pick up again - I think that regime is hardest on KR. Also wish he'd switch up his two song set a bit, and maybe someone can have help coach him about what he can say when it's his turn at the mic. He seems almost embarrassed but that's not how he is in life, he's actually very quick witted and funny and doesn't struggle for words like he does when its his turn to talk on stage. Maybe if he could tell a quick story, people would love that and it would add value to his set.

Either way, I am just happy the Glimmer Twins are sharing the mic again, and everyone is enjoying the ride, which looks like it will keep going for the near future, hopefully in support of some new music! 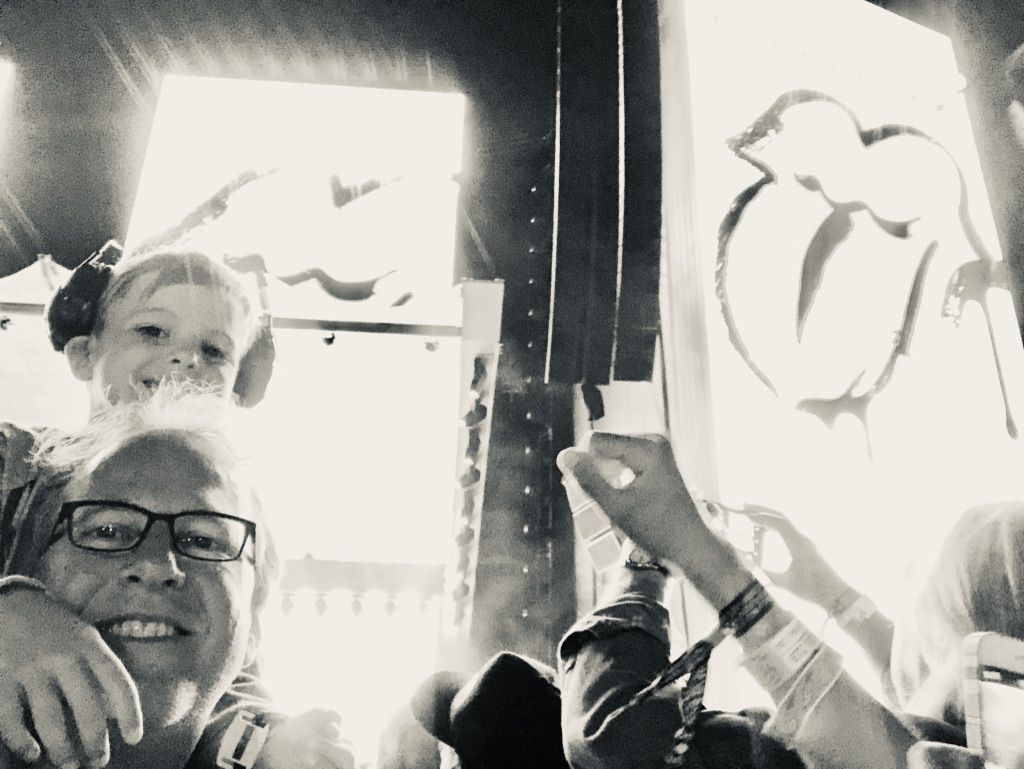 Options: Reply To This Message•Quote This Message
Re: Heart Attacks and Hurricanes
Posted by: Plink ()
Date: September 1, 2019 15:50
Very nice write-up - enjoyed reading it. Thanks for posting. Glad all your Stones birthday wishes came true

Options: Reply To This Message•Quote This Message
Re: Heart Attacks and Hurricanes
Posted by: MizzAmandaJonez ()
Date: September 1, 2019 22:02

Thanks for everything you do BV!

We all really do appreciate it !!