Our versions are coming from the TV recordings for ‘Super Live’, telecast in early Summer 1988.
The show was presented with interspersed interviews. This is the case with our version which is the same as on Rockin’ Rott. Nzb’s version on the other hand contains all the musical passages first then the interviews and "Mona" is more complete; but the sound is only in mono.
So I decided to mix the 2 versions. I put a short funny Bo Diddley presentation as introduction before the songs and the rest of the interviews after the songs.
I mainly used our version because it is stereo and I used a patch of the "nzb" version to complete Mona (from 4'09 to 4'18). I reorganized the titles sometimes straddling 2 songs. There are fade ins/outs where the interviews were interspersed. I rebalanced the channels (+ 30% for the right), amplified the sound and removed small defaults especially in the interviews. Don’t miss this one if you’re a fan of Bo Diddley, Ron Wood and… music in general. 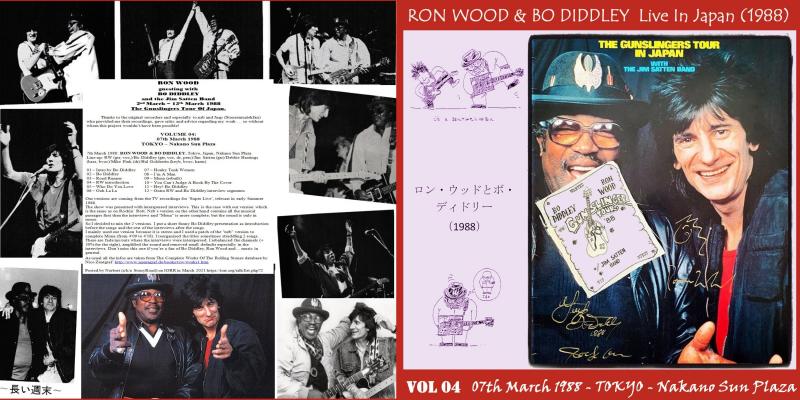 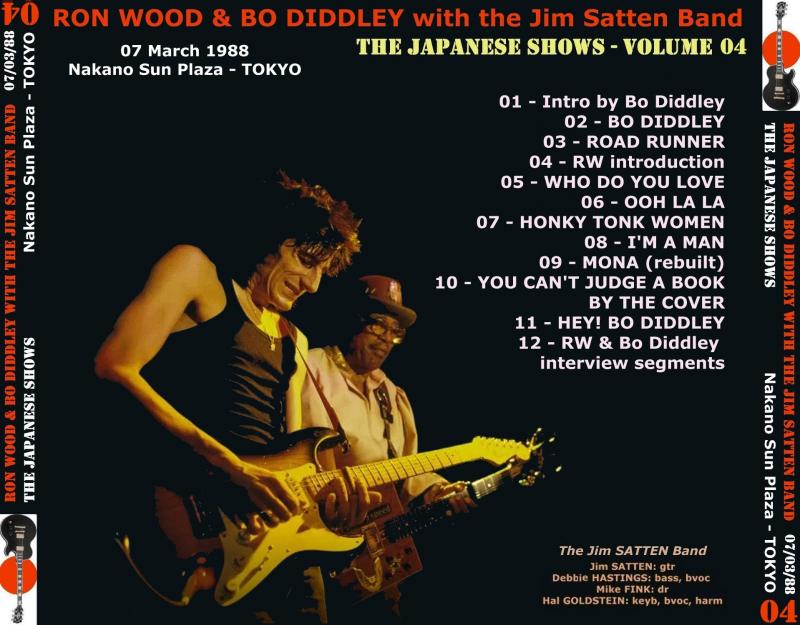