Our versions were coming from the same recording but not the same transfert. My version (« Live In Tokyo – 24 October 1999 » - MC 110) was not so complete, so I used nzb’s version in priority.
I re-equilibrated the channels (+20 or 30% for the right channel)
They’re was 0,001% advance in the left channel, it’s now corrected.
For « Goin’ South » it was more complicated : nzb’s version was missing the first seconds and had some sound variations. I used my version except for the last 7 seconds that were missed and for wich I restart using nzb’s version.
The first 5 seconds intro are also coming from my version.
Years ago I « worked/played » with this show (cf. FP 020) : I discovered now that the tracklist was incomplete and not in the chronological order! This one is real better and, IMHO, the sound is upgraded. 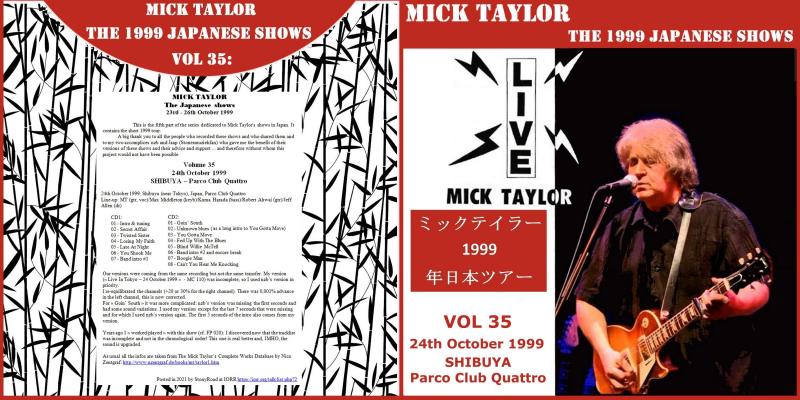 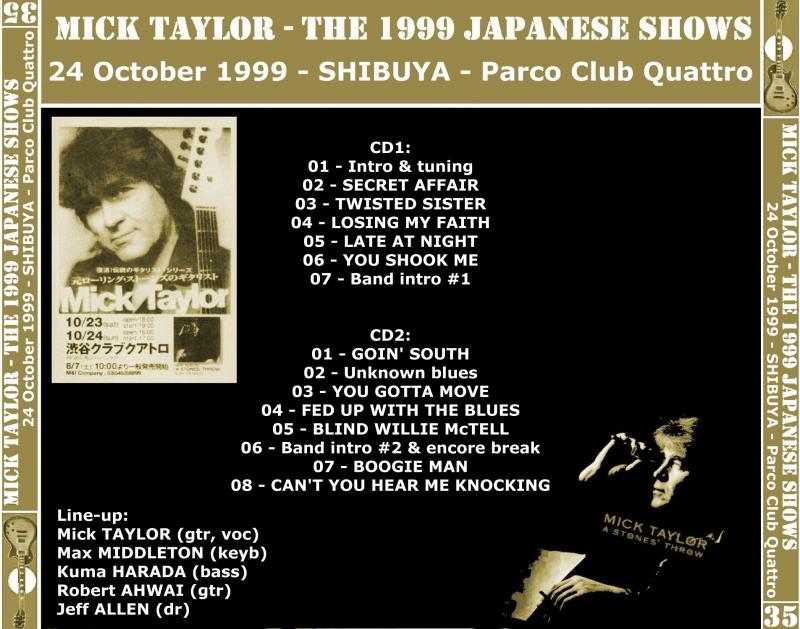