Robert Frank’s significant contribution to photography in the mid-twentieth century is unquestionable. His book, The Americans, is arguably the most important American photography publication of the post-World War II period, and his photography has spawned numerous disciples, as well as a rich critical literature. However, at the very moment Frank achieved the status of a “star” at the end of the 1950s, he abandoned traditional still photography to become a filmmaker. He eventually returned to photography in the 1970s, but Frank, as a filmmaker, has remained a well-kept secret for almost four decades. Robert Frank The Complete Film Works fills a long overdue gap by presenting every one of Frank's more than 25 films and videos, some of them classics of the New American Cinema of the 1950s and 60s.

Keep Busy "I am filming the outside in order to look inside," Robert Frank once said about his aesthetics. In Keep Busy his chosen home of Nova Scotia serves for the first time as the “outside” in an examination of the “inside.” The protagonists’ astounding verbal gymnastics and often incomprehensible interactions tend to descend into nonsense, and with the syncopated rhythm of its action and dialogue, this film is reminiscent of the playful and parodying elements of the Beat fantasy Pull My Daisy. The interweaving of documentary and fiction with the syncopated rhythm of its action and dialogue presents an absurd buzz of activity reminiscent of Beckett’s abstract comic grotesque.

About Me: A Musical “My project was to make a film about music in America…. Well, @#$%& the music. I just decided to make a film about myself.” Robert Frank’s self-portrait is a film about music that repeatedly poses questions concerning artistic expression and the function of memory. Frank himself introduces an actress as “the young lady that is playing me.” She throws a stack of photographs onto the bed and says with disgust, “That’s my past.” Despite the apparently autobiographical nature of the film, Frank, the immigrant, regards his story as a collective one. The film teaches temple musicians in Benares, India, “hope freaks” in New Mexico and inmates in a Texas prison. “That’s me,” Frank says when an old-fashioned film projector shows him as a small child. An interview of passers-by completes the circle: “If you had a camera and some film, what would you shoot?” A street musician answers, “About myself,” and starts playing a classic number. “Those were the days, my friend.”

* NOTE: THIS IS NOT CS BLUES

"The wonder of Jimi Hendrix was that he could stand up at all he was so pumped full of drugs." Patsy, Patsy Stone
Re: Robert Frank : EXILE Super8 Footage Available
Posted by: The Menace of Mayfair ()
Date: June 19, 2008 05:10
JUST WHAT I THOUGHT! Where is a sample of this valuable work on that site! Bull f~cking shite!

Quote
riccardo99
I think you overlooked this: apart for the 5 minutes Exile stuff on this project,next Autumn on vol.4 it will be CS Blues released OFFICIALLY for the first time on DVD!

THAT would be sensational! I can still remember the first time I saw my bootleg copy of CS Blues, twenty years ago! Whooooooooooooooooo!!!! 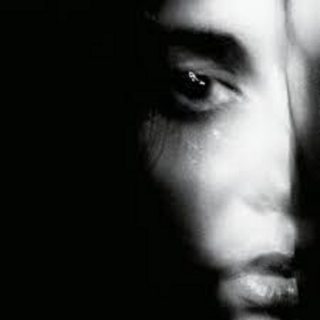 But a small pamphlet/catalog that came with
a new copy of "The Americans" that I just received
DOES NOT include "CS BLues":

But a small pamphlet/catalog that came with
a new copy of "The Americans" that I just received
DOES NOT include "CS BLues":

Interesting. Wasn't there a very recent interview with Mick where he said he would like to see CS Blues released? I wonder if Robert Frank jumped on that quote and made it happen.

Quote
scottkeef
Apart from the great concert footage I wouldnt waste money on a "legit: copy of CS Blues as the band admitted most scenes were staged because of the boredom' Sitting through the film is like a trip to the dentist(but thats ONLY my opinion)

I agree. And also this is a contradiction of the agreement Robert has avec les Stones. It doesn't add up.

Re: Robert Frank
Posted by: with sssoul ()
Date: June 19, 2008 20:59
well, maybe there was a spell when Frank and his distributors thought it could happen.
things do change, when parties are negotiating - like the ABKCO catalogue appearing on emusic or whatever it was,
and then getting removed because it turned out to be "a misunderstanding". i reckon we'll find out
whether the negotiations for a release of CSB go through or not; i ain't holding my breath, though! :E

>> I am highly suspicious of this! Frank started filming them when the American tour began
on June 3rd, 1972. I never heard that he filmed the making of Exile. <<

Quote
schillid
Is there anything in the Stones' settlement with Robert Frank that allows for the release of the film after the filmmaker (and/or actors) are deceased?

Hmm... you are going to solve the problem this way...

Quote
with sssoul
if you read the first post, it says the material is from the making of the album cover -
which may refer to the front cover anyway. (i know schillid's already pointed that out,
i just feel it's worth noticing.)

The front cover is, amazingly, a shot that Frank took of an already-assembled "collage" of photos--for some kind of movie theatre or circus freak show.

The back cover (and inner sleeve) images of the Stones themselves, are drawn from Super-8 film of the band that Frank shot. And there's no reason to think that it would take more than five minutes of footage to get the stills used. So perhaps that's the film that is for sale...?
Re: Robert Frank
Posted by: with sssoul ()
Date: June 19, 2008 22:47
>> The front cover is, amazingly, a shot that Frank took of an already-assembled "collage" of photos <<

Quote
The Greek
caution this is a ripoff !!!

Quote
with sssoul
>> Haven't we already seen stuff from the Nellcote basement? <<

sure, if by "stuff" you mean Dominique Tarle's amazing photos

No. I mean the snippets we see in Just For The Record. There's some footage of Keith sitting in what looks to be a basement, with a tongue (Old fashion tongue, with the tongue-shine only on the right side) put up on the wall. Isn't that from Nellcote?

JumpingKentFlash
Re: Robert Frank : EXILE Super8 Footage 5-min available on DVD
Posted by: HelterSkelter ()
Date: June 21, 2008 19:01
Robert Frank followed Jagger around LA with a super 8 camera and shot some footage. Some of the frames are on the inside sleeves (and Back cover?) of the EXILE Album from the film.... that's the film they're talking about. Those are just super 8 strip enlargements on the sleeves of EXILE... that's why the quality is so bad, Super 8 was MUCH smaller than the 35mm standard used all the time but that was the genius of Robert Frank, to use a different film..........It seems like a simple idea now but it wasn't always so....

Edited 1 time(s). Last edit at 2008-06-21 23:33 by HelterSkelter.
Goto: Forum List•Message List•Search•Log In
Sorry, only registered users may post in this forum.
Click here to login