We left San Antonio just before 2:00pm, making a quick stop for gas & ice enroute, and arrived, parking in Lot N somewhere around 3:30pm. After reading comments & suggestions in the weeks/days leading up to the show, we decided to scrap the idea of staying in a nearly hotel and using uber/lyft. However, I was still getting somewhat concerned about the logistics…getting to & from the venue, distance we would walk from parking to the actual stage area, set-up of amenities, etc. By the time I was ready to pull the trigger on parking, other than Lot F, all the other ‘inexpensive’ lots were no longer showing as available through ticketbastard. I opted for the camping option in Lot N of a 20x20 space. This ended up being a great decision for us. Coming up to Austin from the south, the lot location afforded us close entrance to a venue gate, relatively short proximity to the actual stage area itself, only a few turns of a 2-lane county road before arriving to lot entrance from the highways we needed for area access, and a great little rise of a hill from which to survey our surroundings while tailgating (we had a view of perhaps the top 1/2 of 3 of the stage’s video screens, panorama of downtown Austin, much of the racing track itself, and both the sunset and moonrise. Plus, cars, campers, RVs were somewhat sparce and nicely spaced out.

Met some nice folks in the lot, saw the video screens come alive shortly after our arrival for the band’s soundcheck, and was able to take a short walk down to the nearest gate entrance to inquire that we would be able to get to our section from that particular gate. I also learned that gates would be opening at 4:30pm as I was curious since maybe 20 people were already lined-up.

We packed up our camping chairs, put away the cooler, and started to head into the venue around 6:40pm. We got wrist-banded for the gold circle right there at Gate 3, and started a nice leisurely stroll towards the stage area. There were lighted balloons with the Stones’ tongue logo every so often along the walkway which I thought was a nice touch. We soon merged with many others who were entering from Gate 2, and all started a gradual climb along the track itself towards the rear of the bronze lawn area.

The Ghost Hounds began their set just as we crested the hill and entered the lawn area. We figured out how we needed to make our way down towards the gold circle, and passed through/by the other seating categories. The slope of the lawn appeared to really provide good vantage points. I spoke with a handful of groups after the show, both on the Silver and Bronze Lawns, and everyone stated that they had a great spot for the show. Both the Hillside and Trackside Bleachers were impressive, although maybe not something that I would have been keen to traverse up-and-down.

In passing along some barricades separating the Hillside Bleachers from the Silver Lawn, we walked right in-front of Billy Idol who was just standing there by himself. Later on in the night, I was remiss – having forgotten that he recently released an EP and not having taken the opportunity to offer congratulations.

Checking out the Gold Circle and watching a bit of the Ghost Hounds, we left to use port-a-potties and grab drinks. Here’s logistically maybe my biggest/only complaint of the night from my personal experiences – the lines for beer/wine/cocktails outside of the Gold Circle, Pit, Trackside seating area were awful. We waited somewhere around 30- or 40-minutes in line, sweating it out that we would miss the Charlie Watts’ tribute and start of the show. Spoke with some really great fans to pass the time, but no excuses for those lines. The Rolling Stones definitely bring in a drinking crowd, and the servers were making cocktails and pouring everyone’s beers into plastic cups (leaving the venue, beer cans were everywhere on the lawn so some vendors were giving out cans and not taking the unnecessary time to pour every beer ordered). Also, there should have been a bunch of folks with coolers, selling just beer and perhaps wine to those who weren’t interested in ordering cocktails. There were some people with coolers right inside the entrance to Gate 3, but there should have also been many more outside each of the seating areas. While in line, 8:15pm came and went as did 8:20 and 8:25pm. I assumed (which I think was later acknowledged by both venue and band) that the delay was perhaps to allow more fans to get into the venue.

Back into the Gold Circle, we waited perhaps 20- or 25-minutes for the show to begin. We were towards the back of the pen on Keith’s side. Just on the edge of the track which actually afforded a very slight rise above those further towards the pit area and stage.

As for the Rolling Stones performance, I was yet again amazed. They just keep putting out a great show for both the casual and more fanatical concertgoer. These guys are getting up there in years, but still create a great rock n’ roll experience. I knew in-advance where my highlights would be and was ready for Darryl’s solo in Miss You, Midnight Rambler, some of the screen visuals during Honky Tonk Women, Sasha Allen during Gimme Shelter, and several others. The pleasant surprises were Living in a Ghost Town – not knock you back great but was nice to take it in rather than run to the bathroom (there’s a bone tossed to those of you who have mentioned this during reviews and comments from other shows during this tour) – and You Got the Silver. Other than Little T&A, I really enjoy Keith performing this song which I believe was the first of the tour. I thought Ronnie was great during this performance.

Two other quick side notes, I noticed Bernard reach out and sort of grab Sasha at the very end of Sympathy For The Devil to perhaps indicate no more 'woo woos' - Sasha passed the back of her hand across her forehead and took a deep exhale. Quite amusing. The other point which I think began Jumpin Jack Flash - we were literally knocked back a foot by the sound blast of the opening guitar chords. Wow - it seemed as though the volume was suddenly turned to 11.

Again, a show and experience where I saw nothing but smiles from all those I crossed paths with. Everyone seemed so happy to be exactly where they were at that particular moment in time. The crowd was much younger than the other shows I attended – it seemed as though every hipster from Austin was in-attendance. We also did have a young women decide to crumple to the ground right in-front of us and throw up while in the Gold Circle. She was fine just wasted and I guess it did sort of create a little bit of a buffer zone as we moved just forward of the hazmat zone.

Could be the last time but perhaps I’ll relocate to Europe for a few months next year. Enjoy Hollywood, all! Was so close to altering my plans in flying to Albuquerque today to spend the holiday with my elderly parents but alas I am happy with the shows I saw, and hope somewhere I get to cross paths with so many like-minded, enjoyable folks to chat and spend time with.

Quote
lem motlow
They sent me an email saying to put your parking space letter in your waze app and it would give you directions.
Of course I put in “H” the $200 parking even though I had a $30 pass, sure enough it took us down a back road to a side entrance and at 6 o’clock I was pulling up next to gate 1.
I went a step further and parked in lot H thinking they would make me leave but they never checked my pass, just waved me into a space- thank you!
Show was good, no reason to get overly dramatic. You guys will see them in Europe next year and they’ll kick ass like always.
If you saw the video clip from awhile back of Keith going to the drum riser, taking a hit off a smoke and him and Jordan start laughing you probably figured out Keith is on the weed.
It’s not his age making him blank for a second, when I smoke that shit I forget what I’m saying in the middle of a sentence.
band is fine, on to Europe.

Taking advantage of the sheer incompetence of COTA; well played.

Glad you enjoyed the show…

I saw a comment from someone on Facebook who reported that they showed up at the parking lot they had paid for and were turned away because it was already full. They missed the show.
Options: Reply To This Message•Quote This Message
Austin - Saturday 20-Nov-2021 - The Rolling Stones No Filter Tour
Posted by: bye bye johnny ()
Date: November 23, 2021 23:44
Austin, Texas! 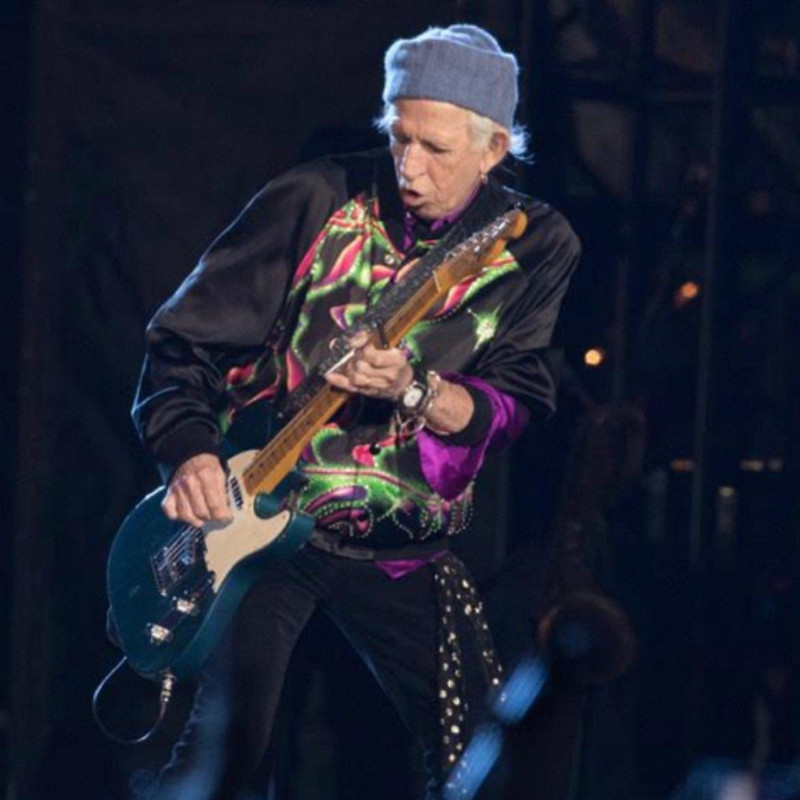