Goto Thread: Previous•Next
Goto: Forum List•Message List•New Topic•Search•Log In•***Print View
OT: RIP Charley Pride
Posted by: dmay ()
Date: December 13, 2020 00:05
Charley Pride just passed. One of the first popular Black artists in country music. A few of the songs he had hits with are Kiss An Angel Good Morning and Is Anybody Going To San Antone. His version of Streets of Baltimore was the first cover of the song I heard.

[charleypride.com]
Options: Reply To This Message•Quote This Message
Re: OT: RIP Charley Pride
Posted by: loog droog ()
Date: December 13, 2020 00:12
Was just listening to his Christmas album the other day...real shame.

Love this clip of him. (You won't believe what show he's on!)

[www.youtube.com]
Options: Reply To This Message•Quote This Message
Re: OT: RIP Charley Pride
Posted by: Rockman ()
Date: December 13, 2020 00:23
Had a four hour lunch yesterday with a
dozen hard core record collectors and at one
stage between conversation of Wolf... Fortune
Records ... Stones Street Fighting Man 7" picture
sleeve and Jamaican rocksteady there was a short
conversation about Charley Pride .........

ROCKMAN
Options: Reply To This Message•Quote This Message
Re: OT: RIP Charley Pride
Posted by: MisterDDDD ()
Date: December 13, 2020 00:49
A true pioneer.
Played ball in the Negro League as well if I'm not mistaken.

Died of complications from Covid.. RIP

Quote
MisterDDDD
A true pioneer.
Played ball in the Negro League as well if I'm not mistaken.

Died of complications from Covid.. RIP

That was his brother that played baseball
Options: Reply To This Message•Quote This Message
Re: OT: RIP Charley Pride
Posted by: Hairball ()
Date: December 13, 2020 01:36
Memories of hearing him on a country radio station back in the '70's during annual family reunions up at Kern River an hour or so from Bakersfield up in the mountains.
Back then, it might have been the only radio station that got reception up there, and thankfully so as I was exposed to loads of great country music.
Anyhow, funny how seeing Charley's name can bring back tons of good memories, though very saddened that he passed away.... Charley Frank Pride was born to sharecropper Mack Pride Sr., and his wife, Tessie Stewart Pride, on a cotton farm in Sledge, Mississippi, on March 18, 1934. ... Outside of music, Pride was an athlete. He played baseball for the Negro American League from 1952 through 1958, becoming an all-star player in 1956.
[www.ajc.com]
Options: Reply To This Message•Quote This Message
Re: OT: RIP Charley Pride
Posted by: Hairball ()
Date: December 13, 2020 01:57
From Taste of Country: Charley Pride

The highlight of Charley Pride's baseball career was probably the four innings of an all-star game he pitched, during which he got a chance to stare down the likes of Hank Aaron and Willie Mays.
Ultimately, professional ball didn't work out for him, but those long bus rides gave him a chance to entertain teammates and hone his guitar skills.

Pride was a pitcher for the Memphis Red Sox and Birmingham Black Barons of the Negro League. He played from 1953 to 1958 and bounced around a few times --
legend has it he and another teammate were once traded for a used bus. Pride says he had a "pretty good little curve," but it was never good enough to earn a contract in the Major Leagues.

Pride's music career began shortly after he called it quits on the diamond, but he wouldn't score a country hit until 1966 when 'Just Between You and Me' reached the Top 10.
The 'Kiss an Angel Good Mornin'' singer would hit No. 1 29 times during a long music career that earned him a spot in the Country Music Hall of Fame in 2000.

And from his own facebook page, Charley posted this back in 2011: "(left to right) Eddie Hancock, Me, Buddy Woods, Charlie Davis
in the Memphis Red Sox dugout at Martin Stadium.
I was about 17 at the time this picture was taken.
I still talk to Eddie and Charlie from time to time.
But Buddy passed on a few years ago".

ROCKMAN
Options: Reply To This Message•Quote This Message
Re: OT: RIP Charley Pride
Posted by: timbernardis ()
Date: December 13, 2020 03:15
As you might imagine, he was very popular here in Montana. And, he claimed Butte Montana as his hometown. He played minor league ball in Butte as well as other places. I saw him once in 1988 in Billings. He was a great singer and songwriter and appears in the recent PBS Ken Burns series Country Music.

Edit: More Hot Rocks stood corrected, Rockman accepted the correction. I must now edit, correct, and accept my own correction by saying it was not Butte, Montana that he felt very close to, but Helena, the state capital. It was there he played ball (as well as in Missoula), had an off season job in a smelter, and began playing music evenings locally. He later moved to Great Falls and lived a total of about 10 years in the state.

Here is an article from the Helena paper if you want to learn more about his life including his time in Montana [billingsgazette.com].

Thank you Charley for all you gave ....

Thank you Charley for all you gave ....

of course rockee, as was mine!

Charley Pride is a cool name, but his Dad and presumably brother (as his dad is a Sr.) have the coolest names in the family.
Mack Pride.. very cool name.

David Allan Coe mentions him in "You Never Even Called Me By My Name"
Options: Reply To This Message•Quote This Message
Re: OT: RIP Charley Pride
Posted by: rbk ()
Date: December 14, 2020 17:32
A friend of mine sat next to Charlie on a plane from Dallas to Michigan 9-10 years ago. Among the tid-bits my friend learned was that Charlie was extremely proud of his house, lawn and landscaping. He could frequently be found laboring in his yard in a well-to-do residential Dallas neighborhood. It was not unusual for wealthy white ladies to pull over and ask if they could hire him for their yards too.

When my friend asked, "How do you remember the words to all those songs?" Charlie explained his method was to memorize the first word, then the first and second word and then the first, second and third word and so on until he'd memorized every word in the song. He was very nice, apparently, but I saw his band get off in the airport and they were a rough looking bunch. 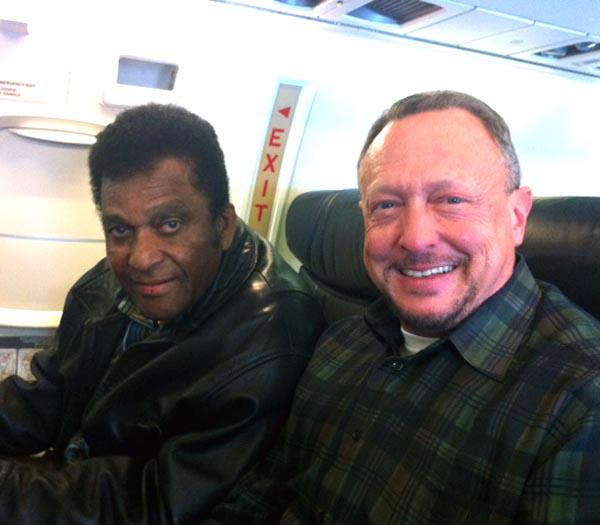