Goto Thread: Previous•Next
Goto: Forum List•Message List•New Topic•Search•Log In•***Print View
POST: 29th April 1976 - FRANKFURT Festhalle (no label)
Posted by: StonyRoad ()
Date: January 25, 2023 11:02
I don't believe this version has been posted here yet.
Here I have done nothing except serve as a relay (and added the back cover coming from dbboots)
Text in the original post

BACKGROUND:
The second show from the 1976 European Tour with the full show from an audience source and the more popular partial soundboard version as extra tracks. The original audience tape I got hold of from a second hand record shop in Derby about 20 years ago. Somebody sold their entire Stones collection by the looks of it and among the official stuff were hundreds of live tapes! Picked up quite a few at the time, this is one of them. If anybody has an upgrade of the full audience show it would be appreciated.
I’ve supplied some artwork which I created. I’m currently transferring all my CDs to my HDD in lossless to stream so eventually I can save loads of space and chuck them all away, so the artwork size is 600x600 pixels and just the fronts.

Hope you enjoy it.

DO NOT SELL THIS RECORDING UNDER ANY CIRCUMSTANCES.
THIS IS A FAN'S RECORDING FOR FANS ONLY!
SUPPORT THE ARTIST AND ONLY BUY OFFICIAL MUSIC. 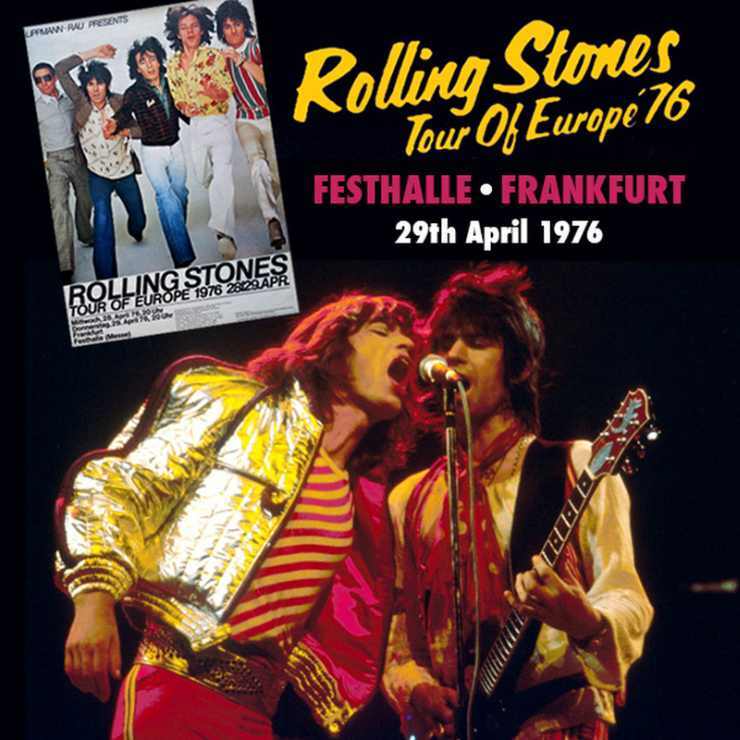 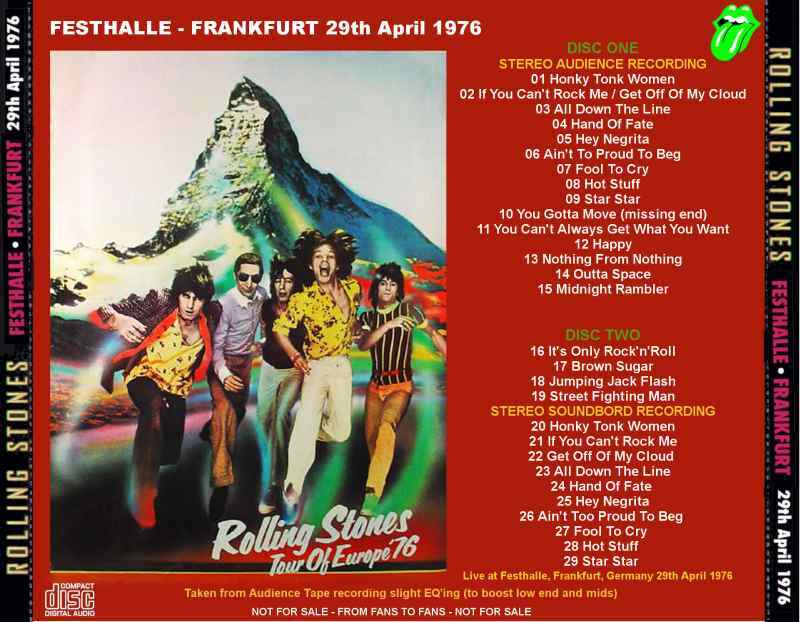 Hopefully this is not the version with 1 minute of silence in All down the line ?

I think this source is the same as the one Stony used (at least for the soundboard part) and has the same problems, a minute of silence in All down the line and a short version of You gotta move.

The silence in ADTL is in the (poor) audience recording, not in the soundboard. The soundboard version is complete. However YGTM is incomplete (and almost inexistent) in both recordings.
Options: Reply To This Message•Quote This Message
Re: POST: 29th April 1976 - FRANKFURT Festhalle (no label)
Posted by: StoneZP ()
Date: January 25, 2023 23:51
Many thanks SR!

This is the full version with also a complete ADTL ??