For this show we had two transfers coming from the same source.
The first one has only one channel duplicated. The second one called ‘The New Barbarians Meet Junior Wells’ has a different left channel but with poor sound. I chose to kept this version. I amplified the left channel (+40 to 70%) and synchronized both channels.
To be in synch with the official release (Largo) this recording had to be decelerated by -5%.
I deleted a little sequence repeated between ‘Honky Tonk Women’ and the band introduction.
I amplified the sound and I reworked the transitions between the tracks that now start with the song.
Note that the first seconds of ‘Breathe On Me’ are lost and that a gap remained in ‘Before They Make Me Run’… both probably coming from tape flips. 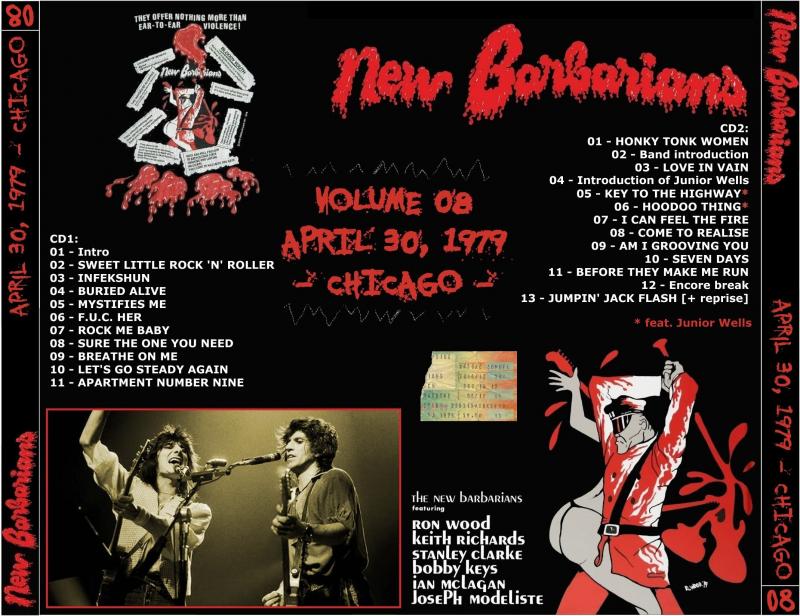