For this show we have 2 recordings coming from the same source.
I chose mine (with covers from my friend Mr. No) because nzb’s one was too saturated and too hissy.
On this version the speed had to be more decelerated by -7,2% again.
I declicked and equilibrated the channels (+20% to the right channel) and reworked the transitions between the tracks that now start with the song.
I used a 2 seconds patch to complete the gap in the beginning of “I Wonder Why”. I deleted a 2 seconds gap in the beginning of ‘Semolina’.
The encore break and the first 3 seconds from ‘You Gotta Move’ are coming from nzb’s version and luckily they were not saturated.
With the speed correction and the encore break the recording is over 80 minutes now, so I decided to separate it in two parts.

Note that the covers from my version were created by my great friend Mr. No (years ago) and that the picture used on the front cover was taken by Bernd Schweinar in Nuremberg. 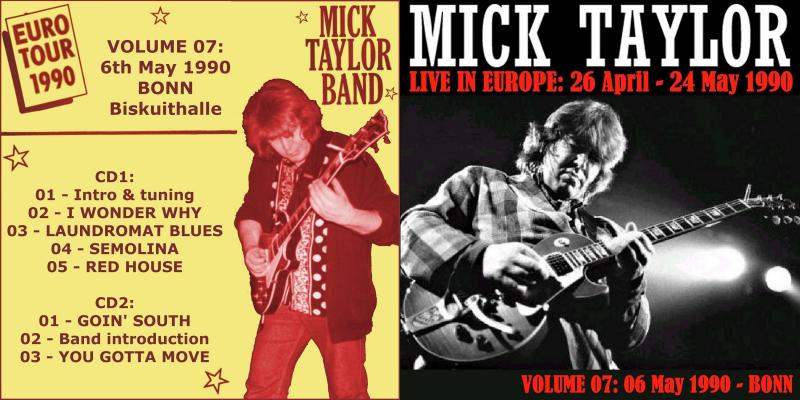