For this show we have 3 sources. I chose mine because Jaap’s one was lossy and nzb’s one was saturated.
It’s a very good recording so I only reworked the transitions between the tracks that now start with the song.
The two last seconds from ‘Red House’ and the first two seconds from ‘Goin’ South’, which were missing on my version, are coming from nzb’s version (after some reworking).

Note that the covers from my version were created by my great friend Mr. No years ago and that the picture used on the front cover was taken by Bernd Schweinar in Nuremberg.


As usual all the infos are taken from The Mick Taylor Complete Works Database by Nico Zentgraf: [www.nzentgraf.de] 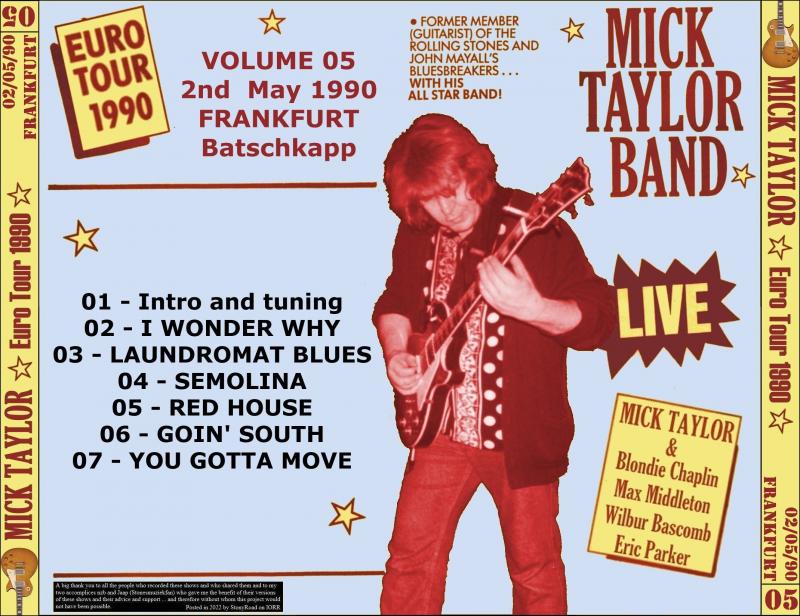 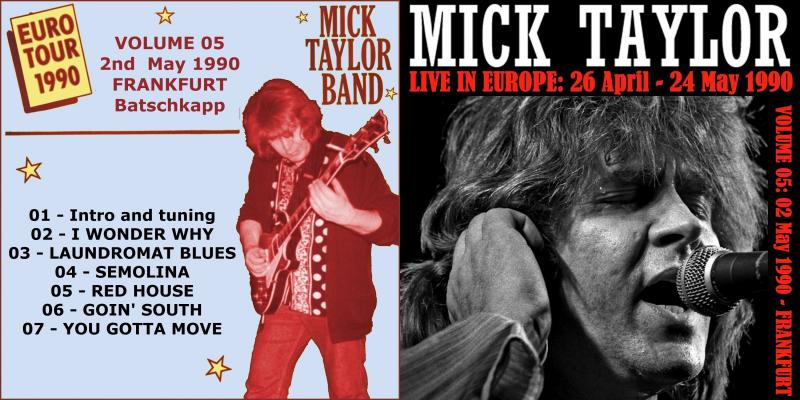