This is a series dedicated to Mick Taylor’s shows with Wentus Blues Band in Sweden and Finland from 2003 to 2006.
A big thank you to all the people who recorded these shows and who shared them and to my two accomplices nzb and Jaap (Stonesmuziekfan) who gave me the benefit of their versions of these shows and their advice and support ... and therefore without whom this project would not have been possible.

Our versions for this show were identical, probably coming from the private film of the show. I suppose that only the songs where Mick Taylor was playing were filmed or kept.
I deleted some microgaps between the tracks and reworked the transitions between the tracks that now start with the song.
There were 1-second gaps in several tracks: In ‘Fed Up With The Blues’ at 0’48, in ‘You Gotta Move' at 1’42 and in 'Blind Willie McTell' at 4’07 - but they could have been deleted without problems.
In ‘No Expectations’ were two gaps with a little bit of music lost at 1’59 and at 3’02. I tried to complete the first gap with a patch coming from 3’50 where MT repeated the same verse.
The same for ‘Can’t You Hear Me Knocking’ at 0’11 and where I used a patch coming from 0’07.
I did my best and I like the result but, in a separate folder, I added the ‘unpatched’ tracks for the ones that don’t like the using of patches. 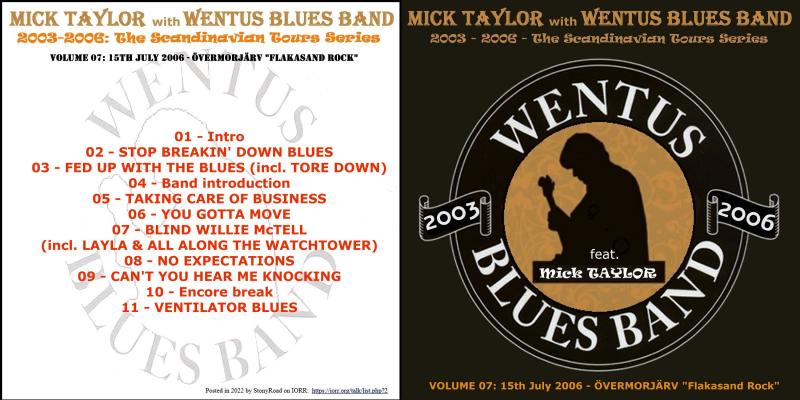 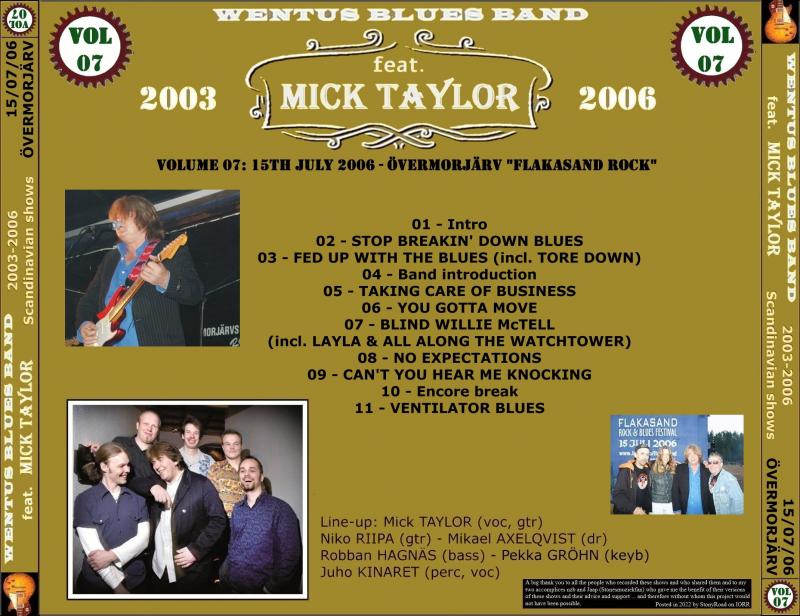