This is a complementary project to the already published compilation for the TATTOO YOU Sessions (see FP volume 072 to volume 076). Here you will find new versions coming from the fine analysis by BlueTurnsToGrey (BT2G) and versions which recently appeared in the Fully Finished Outtakes compilation. It also includes outtakes of the bonus tracks added in the official deluxe version.

A big thank you to my usual accomplices ('nzb' and 'Stonesmuziekfan') for having checked my work and to BlueTurnsToGrey for his fine analysis and his finds: this is really a joint venture.
As usual all the infos are coming from Nico Zentgraf's Rolling Stones Complete Works Database: [www.nzentgraf.de] 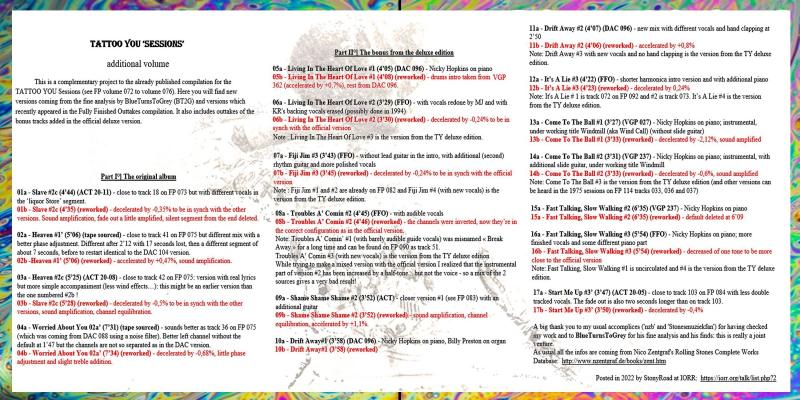 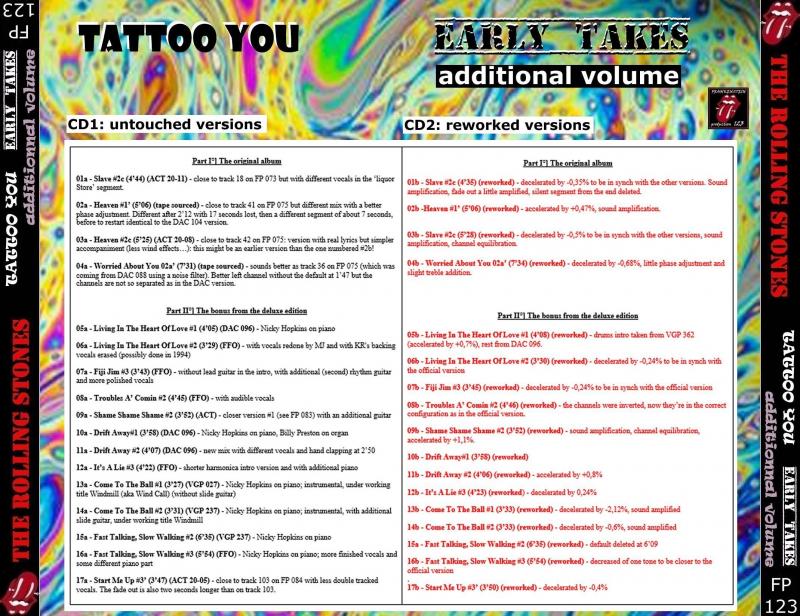 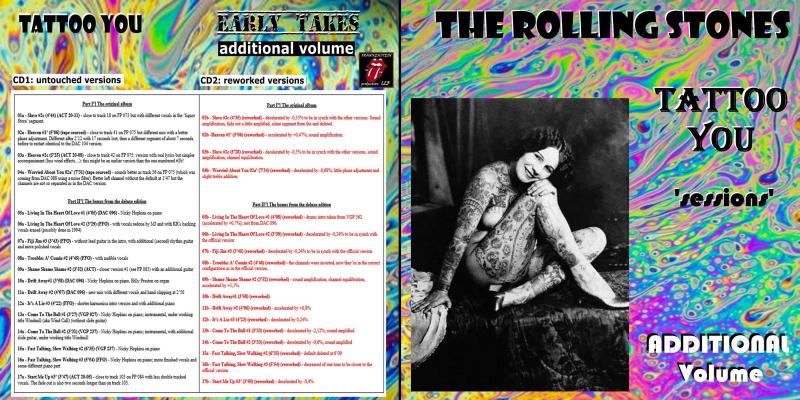