Goto Thread: Previous•Next
Goto: Forum List•Message List•New Topic•Search•Log In•***Print View
POST: Mick Taylor 2001 Tour Of The Americas Vol 10 - 01 September 2001 - SAN FRANCISCO
Posted by: StonyRoad ()
Date: January 5, 2022 12:23
MICK TAYLOR
2001 Tour of the Americas
2nd August - 2nd September 2001
This series is dedicated to Mick Taylor's shows in USA and Mexico.
A big thank you to all the people who recorded these shows and who shared them and to my two accomplices nzb and Jaap (Stonesmuziekfan) who gave me the benefit of their versions of these shows and their advice and support ... and therefore without whom this project would not have been possible.

For this show we had 3 different sources: mine was muddy and lossy, the one from nzb was lossless but in mono and saturated. The best one was sent by Gonzalo (thanks a lot!) - it’s coming from Dimeadozen but the original uploader and the exact lineage are no longer comprehensible.

I amplified the sound and I reworked the transitions between the tracks that now start with the song.
The 10 first seconds from the band introduction #1 were missing, so here they’re coming from nzb’s source.
‘You Gotta Move’ and ‘Goin’ South’ were cut in two parts - they’re now reconnected. 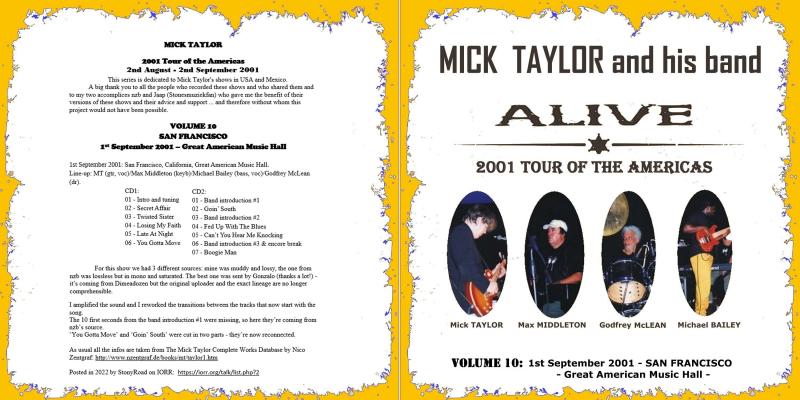 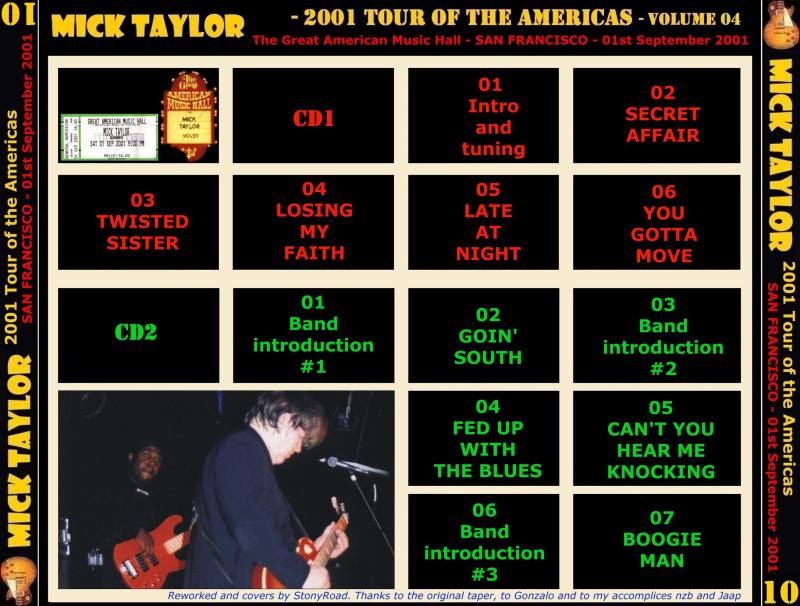