This is a series dedicated to Keith Richards’ shows with his X-pensive Winos in Europe.
A big thank you to all the people who recorded these shows and who shared them and to my two accomplices nzb and Jaap (Stonesmuziekfan) who gave me the benefit of their versions of these shows and their advice and support ... and therefore without whom this project would not have been possible.

For this shows we had 2 sources and 5 versions (see the doc’s files).
Nzb’s version and the one called ‘London#1’ are identical: a lossless audience recording but the last track is missing (Whip It Up). It runs 2,7% too slow and the sound is muddy.
The Masterport 079 (‘It’s Oldie Rock ‘n Roll’) version had a much better sound and it’s complete but lossy!
Two other versions (‘Yap Yap’ and the bonus tracks from ‘Vive La France’) are lossy and incomplete: they seem to be extracted from the Masterport release).

Because lossy files cannot be posted on all websites, we decided to do two versions:
- Version #1: coming from the Masterport source: lossy but complete and with a better sound. This version can be found at IORR (https://iorr.org/talk/list.php?2)
- Version #2: lossless recording but with a muddy sound and the encore track is missing (‘Whip It Up’).

This version is lossless but with defaults. The sound was muddy, sometimes saturated, with big sound variations and intensity imbalances between the channels on CD n°2... On CD n°1 the right channel was slightly shifted comparing the left.
I tried my best to upgrade it:
- First I accelerated the recording by +2,7% (using the Masterport version as reference)
- Then I reworked the tracks so that they started now with the song.
- I deleted lots of microgaps in particuliar between the songs.
- I re-synchronized the channels on CD1 : the right channel was 0,0005s in advance comparing to the left
- I attenuated the rumble a little bit with a slight noise reduction
Notes:
- ‘Big Enough’ is incomplete (1’30 is lost)
- ‘999’ starts with a fade in (some seconds are lost) and there are many sound variations, (my tests to upgrade it were not successful!)
- ‘Will But You Won’t’ and ‘Happy’ are rebuilt (because of a big channel imbalance)
- the encore « Whip It Up » is missing. 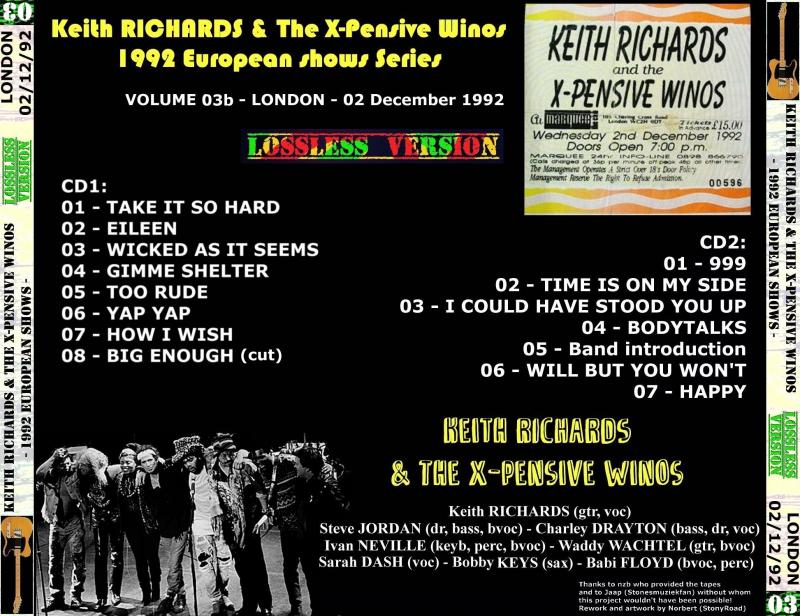 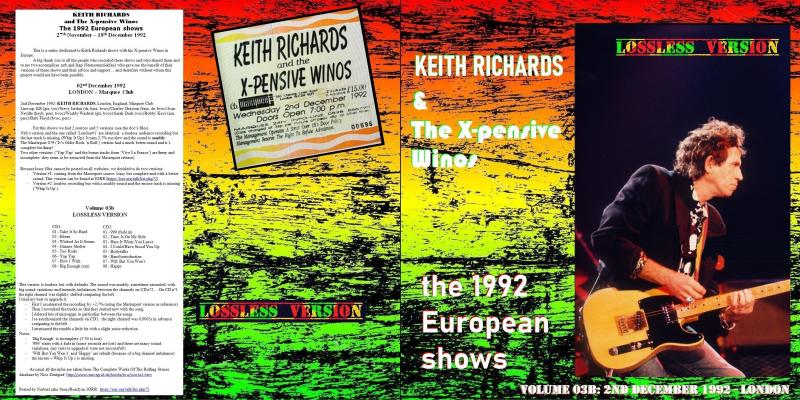