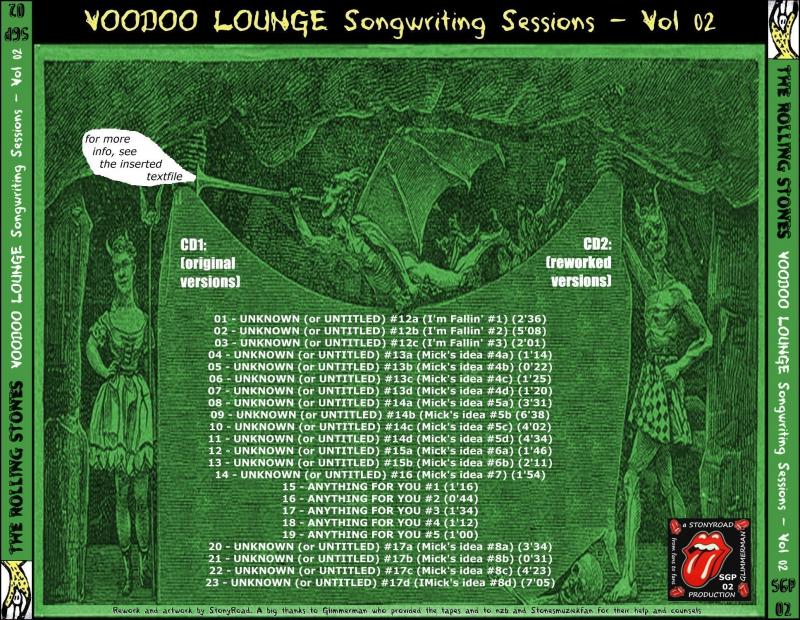 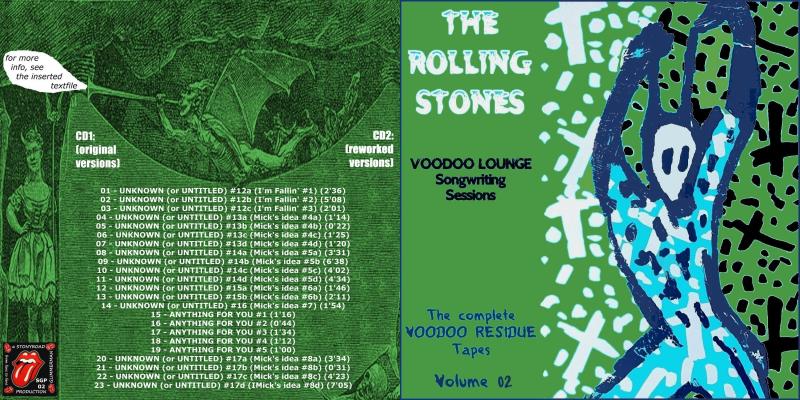 Quote
henrik87
Thanks for sharing those gems!

To my ears Micks idea 8 is an early glimpse of Alright Charlie!

Yep, I've only reached 5d and it's already somewhat there. It's crazy the amount of work/time they put into writing songs ! Not knowing if it will be a keeper or not ;-)

--------------
IORR Links : Essential Studio Outtakes CDs : Audio - History of Rarest Outtakes : Audio
Options: Reply To This Message•Quote This Message
Re: POST: Voodoo Lounge Songwriting Sessions - Vol 02 (StonyRoad/Glimmerman SGP 02)
Posted by: dcba ()
Date: September 14, 2021 14:17
What strikes me with vol.2 is the quite large amount of MJ demos based on drum loops.
It's not just one or two but a lot, which makes me think that's the overall sound Mick had in mind for VL : a dance album based on grooves. Mick would design drum patterns with a machine and Charlie would then adapt them with his kit.

Apparently his vision was rejected by Don Was :

"(Don Was is) definitely anti-groove. Charlie and I worked on a lot of groove tunes that never made it on to the record. That was the one thing I was slightly disappointed by".
[www.timeisonourside.com]
Options: Reply To This Message•Quote This Message
Re: POST: Voodoo Lounge Songwriting Sessions - Vol 02 (StonyRoad/Glimmerman SGP 02)
Posted by: gotdablouse ()
Date: September 14, 2021 15:18
And I think Charlie said something like "some of these groves were frankly ridiculous" ?

One of the best things with these demos is that I can finally hear and enjoy Mick's rather apt and subtle rhythm playing that is otherwise buried in the mix, be it in the studio or on stage as Ronnie tends to double his parts. Here you know you're actually hearing Mick !