BlueTurns2Grey did an awesome job with comparing the transfers of his tapes "taken from various 'Some Girls-tapes', collected between 1978 to 1984"with what I already had published and he found some versions that were sometimes slightly better in sound, or more complete or even different!
I decided to make two new volumes to complete the collection of titles from the “Some Girls”- sessions by integrating the novelties of the "Fully Finished Outtakes"-set.
As usual you will find here the original versions on one cd and on the other the versions that I tried to improve.
I thank Nico Zentgraf for all the informations I could find on his site [www.nzentgraf.de] and my partners in crime nzb, Jaap (“Stonesmuziekfan”) and Enrique (“Quiquestone”). These additions are the result of a joint venture with BlueTurns2Grey whom I would like to thank warmly!
Some words from BT2G :
“Not many fans have kept track of the Stones' numerous outtakes. Especially the studio sessions from 1977 to 1981 are difficult to keep track of, because of their many songs. So far, this recording period has provided 3 official albums and one deluxe cd. Hence my special thanks to StonyRoad, who provided us with numerous compilations of various recording periods. He never lost the overview. Nowhere will you find more complete works revised in this way. Thanks a lot Norbert!”

B°) Addition from « Fully Finished Outtakes»

Sessions : 10th October - 29th November and 6th - 15th December1977: Boulogne Billancourt (near Paris), France, Pathé Marconi Studios. Producer: The Glimmer Twins.
Sound engineer: Chris Kimsey. Additional musicians: Ian McLagan/Sugar Blue [James Whiting] (harm)/Mel Collins (sax)…
To be honest my attempts to rework the versions of 'Fully Finished' are not very interesting so, with exception of the first track, I propose here mixes with the previous known version.
Note : this mixes are more interesting while listening to them with headphones - so do me a favour and try them this way ! 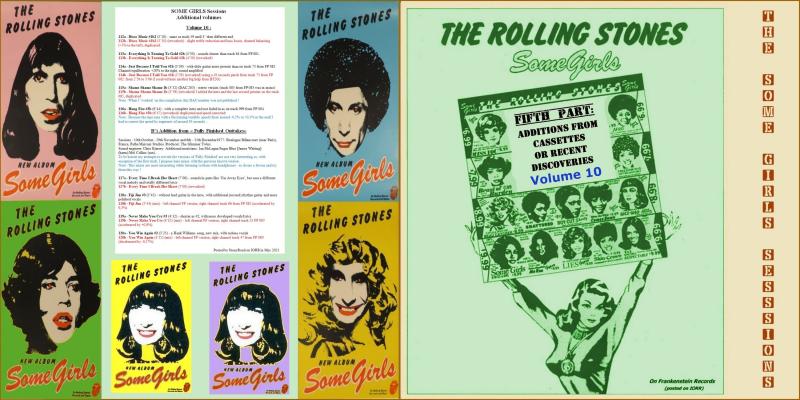 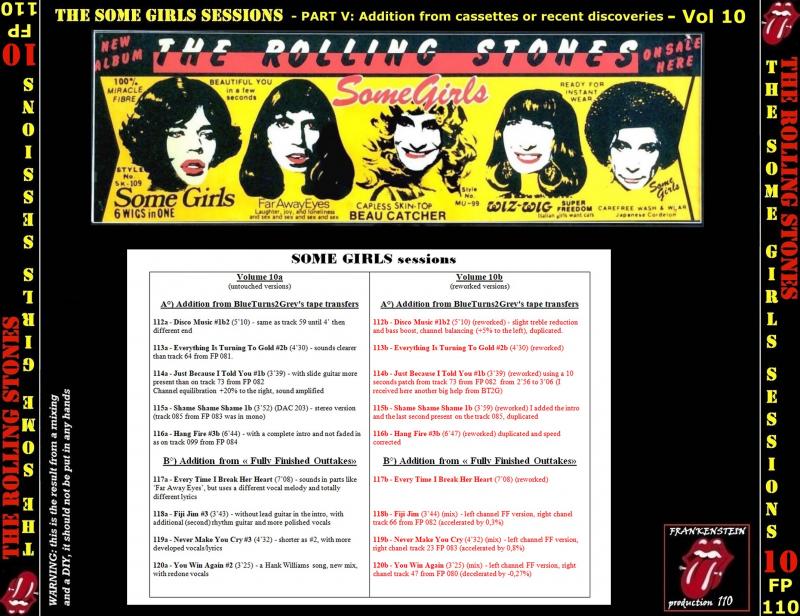 Glad to get another version (can't say I hear too much of a difference) of "I Need You"/"Just Because I Told You", really love that song for some reason, possibly because it was on the first boot I heard (cassette copy of "Place Pigalle") but I hear a skip in "Just Because I Told You #1b (3’39) (reworked)" at 1'05", is it just me ?

Quote
gotdablouse
Thanks for another wonderful release !

Glad to get another version (can't say I hear too much of a difference) of "I Need You"/"Just Because I Told You", really love that song for some reason, possibly because it was on the first boot I heard (cassette copy of "Place Pigalle") but I hear a skip in "Just Because I Told You #1b (3’39) (reworked)" at 1'05", is it just me ?

You're right!!
This default it's also on the 'original' version, with help of BT2G I corrected the default from 2'56 until 3'06 but we forgot this one.
I will correct it ASAP (but tomorrow because now I'm on my knees).

On the other hand, if you are discovering this topic now, no problem because I have changed the link of the initial message!
Sorry for this little problem.
Keep rocking
Norbert
Options: Reply To This Message•Quote This Message
Re: POST - Some Girls Sessions Vol 10 (last volume)
Posted by: gotdablouse ()
Date: June 5, 2021 13:21
Thank you very kindly !